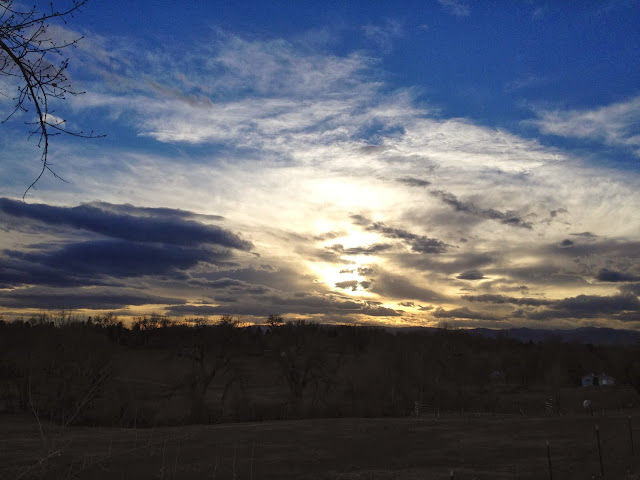 Hey, I'm a sucker for a sunset. Especially one with lots of fluffy clouds. This one was super spectacular, a camera doesn't really do it justice.

Feeling a bit adventurous, I journeyed into a Richie Rich neighborhood in Greenwood Village today. It felt super insulated, and I was struck by many an odd thing as I rambled between these enormous and beautiful homes, but the two weirdest of the odd things both revolved around dogs. First of all, I guess rich people all install invisible fences in their front yards, because that neighborhood was filled with unattended dogs just chilling out in the front yard. I saw at least five yards with dogs just barking at me, but never leaving the grassy areas of their homes. It was unnerving. The even weirder thing to me, but apparently not weird to my wife, is that there was a lady in a little mobile dog wash trailer washing some rich person's dog. I had no idea there was such a thing as a mobile dog wash, but apparently, that is a thing. I'd never heard nor seen this concept before, but my wife assures me that Denver is filthy with these things. Looked weird to me.

Also, there is an old folks home on Orchard with a big statue of an Elk in front of it. Sometime over the past two days they decorated it for Christmas, as it now has lights all over it and a big red nose, and it's pulling a sleigh. Perhaps I'm just a Scrooge, but November 19th feels too early for Christmas. Bah Humbug, says I. I'll try to post a picture of it sometime soon for Run and Shoot, but the sunset won out today. Until next time...here's your map. 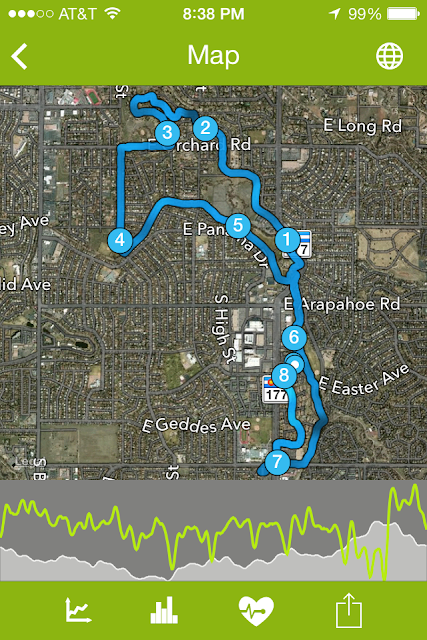