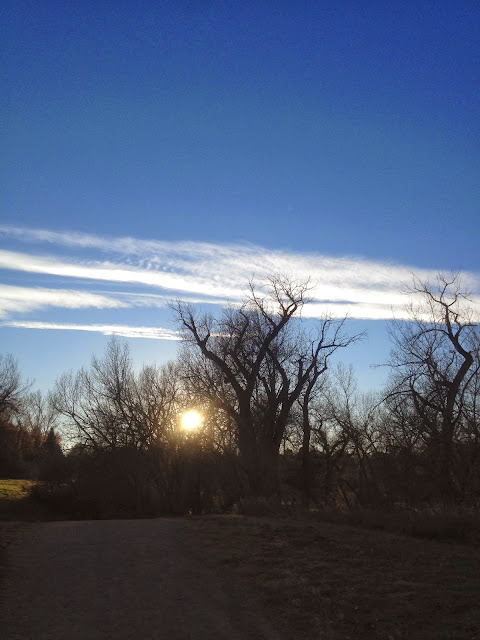 I ended up using this picture because I loved how it captured those final few moments before day slips into dusk. The past week has stripped most trees of their leaves so the starkness of the trees against the blueness of the sky with a few thin clouds felt pretty cool.

It was a great run with tons of scenic views of the sun setting over the Rockies, but for whatever reason, this was my favorite photo I took. I think it's because of how there is so much sky in the picture.

I listened to several shorter podcasts, and finished up with the song "Thou Shalt Always Kill" which is peppy and upbeat, which is pretty much how I felt at the end of this run. I might have kept going had I not been pushing 9 miles already and had been away from my family for close to two hours, so I thought it would be best to not extend it any further, even if my body kind of wanted to. I got the runners high where you just feel great and you believe you could run forever. I love that feeling. Also, I spent 59 cents on a tiny amount of Pumpkin Pie frozen yogurt. Much like I usually find with actual pumpkin pie, I didn't like it as much as I was hoping I would. 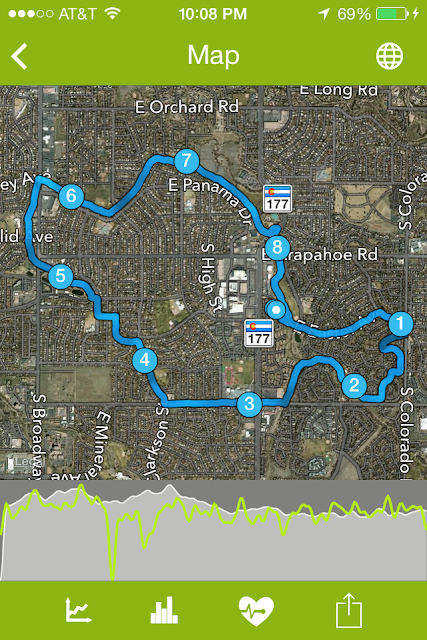