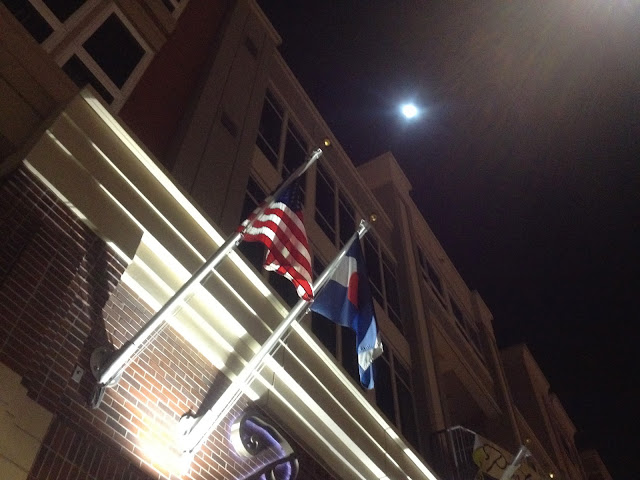 Sometimes running is a majestic, wonderful, spiritual thing that puts you at one with the universe like some kind of zen warrior. You can practically put yourself into the lotus position and hover around the room when you're done with a run like that. Then other times, you just ate pizza for dinner and feel like going for a run to make yourself feel less gross and also to allow yourself to have a little taste of that unreal mocha flavored ice cream with oreo bits and cookie dough in it later on that night. Seriously, if you haven't already discovered Turkey Hill Ice Cream's Double Dunker, you owe it to yourself to taste it. You get that same zen fueled lotus position hovering thing without having to run eight miles first. (Caveat: The running is probably better for you than inhaling mass quantities of the frozen treat, but darn if it isn't tasty.)

While I'm still here...a little love for the Colorado flag is in order. It may not have the abject glory of having a bear prancing on itself like California's flag and yes, it lacks Maryland's abject flaunting of the rules of corresponding colors, but the Colorado flag is pretty tight, as the kids like to say these days.* I feel like we should appreciate the Colorado flag more, and not just on nights when I'm trying to find something cool to take a picture of that will come out in the abject darkness of 10:15 PM in November. Pretty cool picture for a guy desperate for a shot, though. Two great flags, an outdoor mall posing as classic architecture, and even the moon thrown in for good measure. I may have gone running out of obligation, but that picture was inspired. I think I'm going to double the salary I take for this blog. Done and done! Double of nothing is still nothing, after all...Screw it. TRIPLE my salary. I'm feeling saucy. Anyhow...queue the map.

*I have no clue what the kids like to say these days. 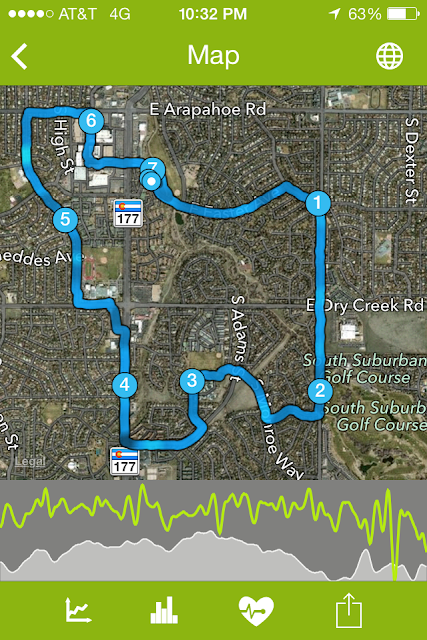