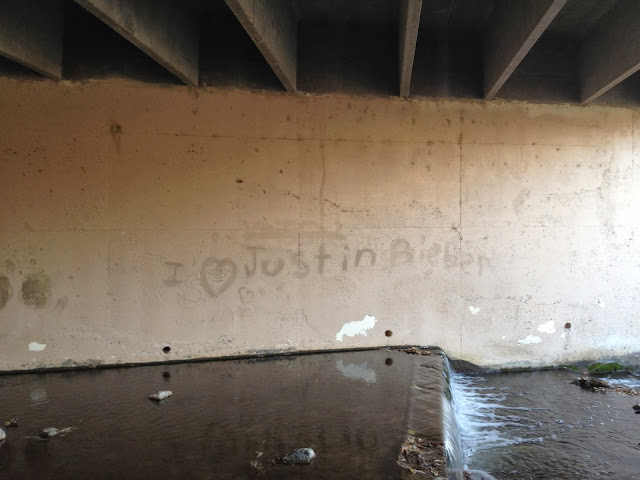 On this run, I felt a little like Peyton Manning at the end of Sunday's Broncos-Chargers game. Dude had just played almost an entire game, and on the final meaningful play, he hurt his ankle. He wasn't close to feeling normal, but he was determined to finish the game...to the point that he was angrily yelling at the refs to make sure they understood that he had called timeout and he wasn't a victim of an injury time out which would require him to sit on the sidelines for a minimum of one play.

I wasn't hurt like Peyton, but I could tell that I had run a pretty significant bit the day before, and I was not feeling my strongest. Still, I had that Manning determination to play...which for me meant getting in in a good run, so I powered through the first bit of doubt and soreness and ended up turning in a pretty fast (by my standards) final mile (I did the final mile in less than 8 minutes) as I really started to feel good at the end.

As I look at the map of this run, I think it looks a little like the state of Minnesota. This was far from a typical route for me, although it incorporated many routes I've taken many times before, I've never done it in quite this order before. I entered the neighborhood I like to call "The Bermuda Triangle" because I always get turned around whenever I go in there. I've been trying to figure it out, mainly because I'm captivated by their mailboxes which look like tiny fortresses. Tornadoes could blow through, but their mail will remain undisturbed. It's weird, but I love it.

Finally, the picture for today...I'm trying to imagine what type of person decides to engage in minor vandalism by putting a message under a bridge and decides that the message they want to immortalize is their love for Justin Bieber. Is this written by someone trying to be ironic, or is a 13 year old girl with literally NOTHING to say? It just struck me as hilarious that someone went to the trouble to post this message in the concrete...especially since it appears that the perpetrator had to stand in flowing water to make this happen. Still...there it is. "I heart Justin Bieber." Saved for anyone who walks this path to see if they care to notice it. And now it has made "Run and Shoot"...so congratulations, I guess?

Until next time, here's the map... 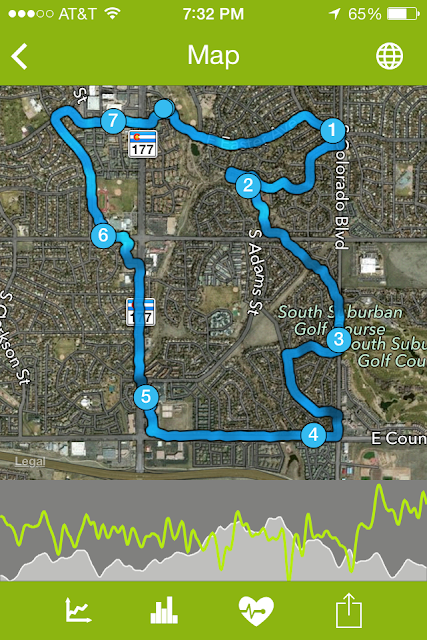