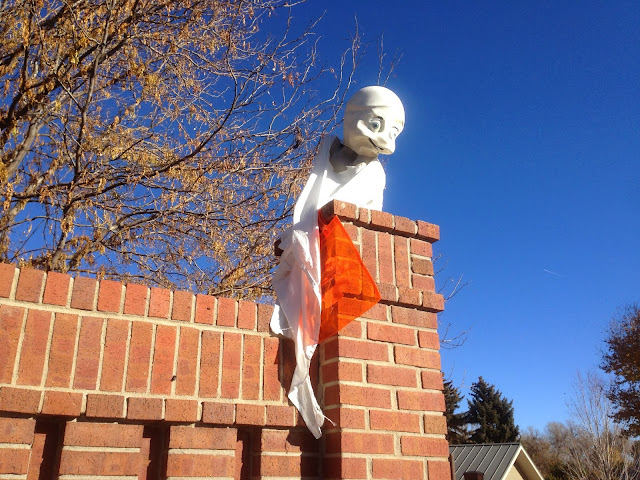 This house on Belleview has gargoyles on it's brick wall. While I can't prove it, I get the feeling that there is a woman in that house who either thinks they are ugly or really likes giving them costumes. Either way, she (again, it could be a guy, but this seems like a woman move) dresses them up in season costumes throughout the year. I had never run past before, as Belleview is a bit north of me, but I decided to head up that way on this run because I thought I might check out the gargoyle situation. Apparently, she has no veterans in her life, as I could totally imagine the gargoyles being decked out in camouflage for Veterans Day. Sadly, they were still garbed in their Halloween costumes. One was Casper the friendly ghost and the other was some kind of horrible ogre. I plan to keep an eye on this place and pass by from time to time to see how the decorating changes.

I was also struck on this run by how many cool mailboxes there are in this neighborhood. People are getting all artisanal with their mail delivery receptacle, which I enjoy and respect.

The only other thing of note was that as a result of trying to find a new route, I expanded my running territory to include a fourth King Soopers Grocery Store. I believe there may be one or two others within running distance, so I'll try to include them on my resume as well. At this particular one, I bought ham for that day's grilled cheese sandwich lunch...something that is quickly becoming a Sunday tradition during football season. 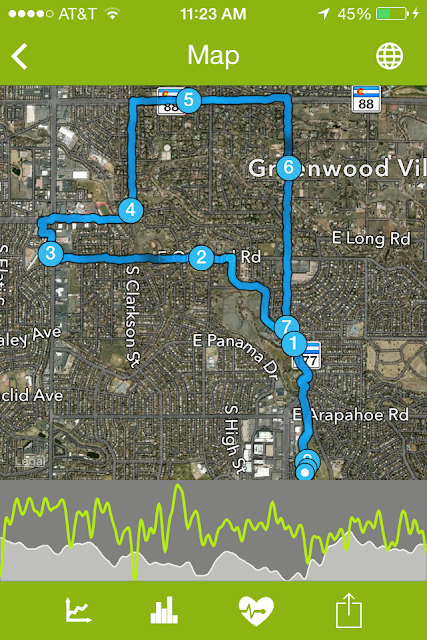