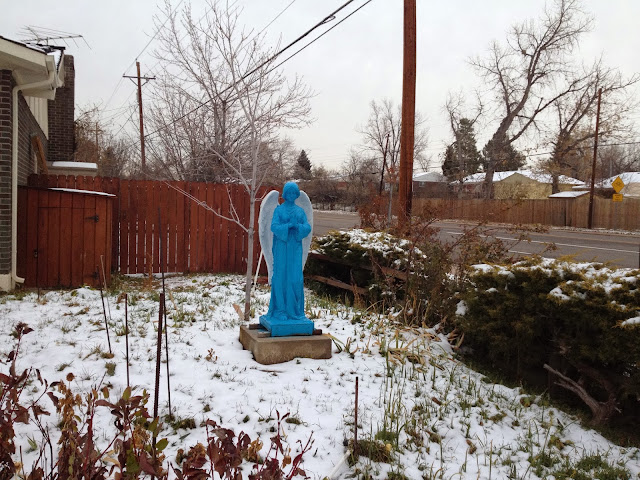 I should have prayed harder to the smurf angel on this run. After passing up the cerulean seraphim a mile into my run, I pounded the pavement a little longer and harder than I intended. I went through a mostly familiar neighborhood in a different way than usual, and as it was starting to get dark and I was in a section of streets that were unfamiliar, I took a wrong turn.

That wrong turn extended my run about 20 minutes longer than I wanted. I appreciated the extra 2 miles to my cumulative total, but it was starting to get COLD. I wanted to get home, and I was ready to be back in a warm house. Terrible time to get turned around, but then, I guess this WAS the 13th run for the blog, so I was due for some bad luck. Fortunately, I wasn't TOO lost, and I was able to eventually get home...albeit a bit later and chillier than I had hoped. I'm not a big fan of this winter business, what with it's getting dark early and freezing cold temps. Oh well, spring will eventually spring, until then, I'll just work through the chilliness. Cue the map... 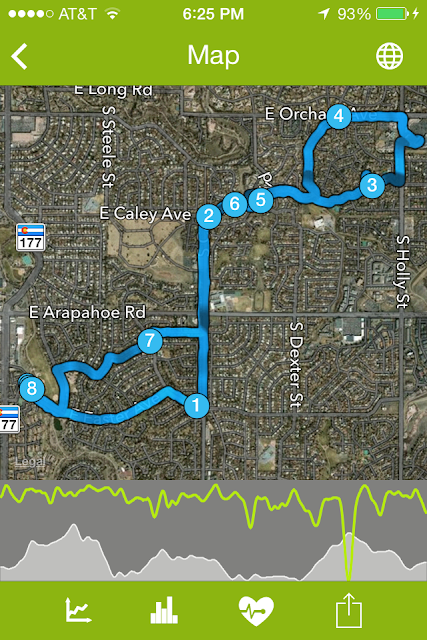