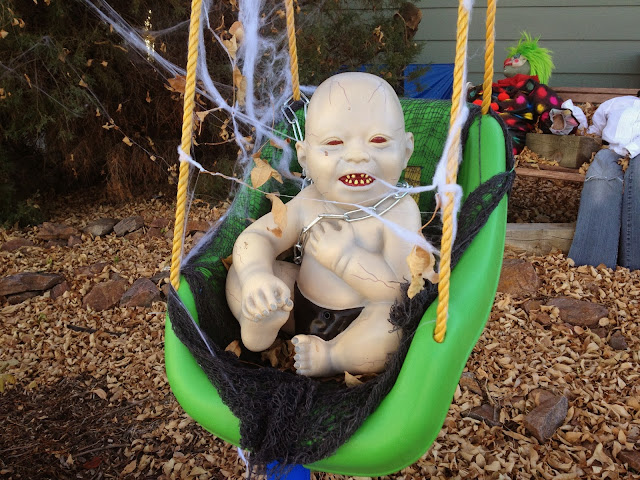 It was an odd Sunday. Everything felt like it should be one way, but was slightly different than it should be. Today's picture reflects that, as it LOOKS like it should be Halloween, but it's actually three days past the spooky high point of the year...making this yard decoration of a creepy baby feel even more creepy. I was listening to Arcade Fire's new album, a band which I generally enjoy, but thus far I am rather unimpressed. So I SHOULD be enjoying it, but in actuality...not so much. Also, I hadn't run since Wednesday, so I should have felt fresh and ready to roll, but this run was a bit of a slog. I was far from my freshest for whatever reason, so as I said, everything that should have been great was slightly off. Worst of all, it's an NFL Sunday, so I should be gearing up for a Broncos game, but it's a bye week for my boys...So NOPE. I hate bye weeks.

All in all, a bad day running still beats a good day without a run. So I'm not too bummed, still, I was hoping for something more, I guess. I'll suppose I'll just enjoy this day for what it is and not let my expectations ruin what actually is. Probably good advice for life, that. Plus, I get to post a picture of a creepy baby. So there's that. I actually had some really cool nature photos that I took today, but the blog rules specifically state that I can only pick one picture, and creepy baby wins.

By the way, I'm not trying to post two maps of my run, but I accidentally ended my run on my app before my it was actually over, so I had to start a new run and hence...two maps. Hopefully I'll be able to post a run with a single map at some point. 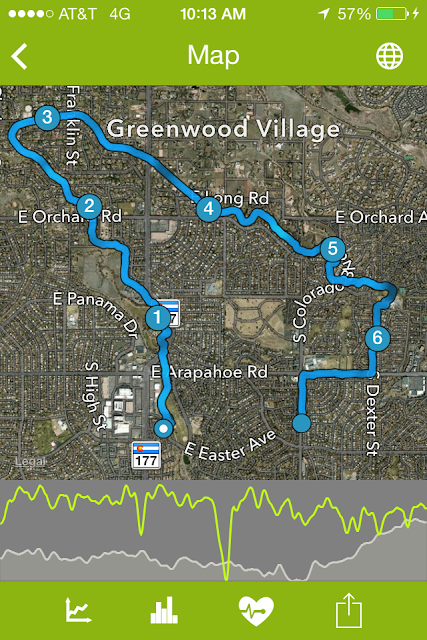 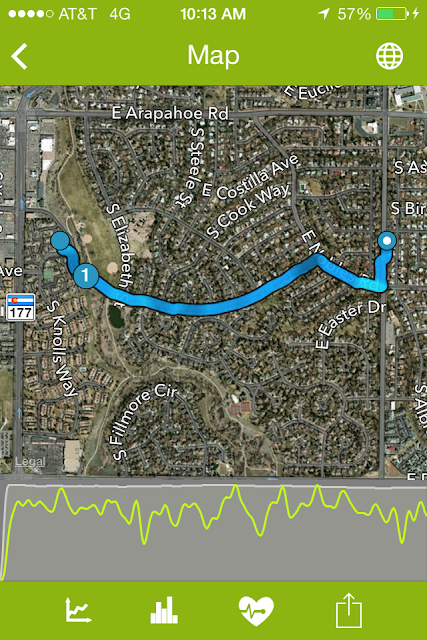