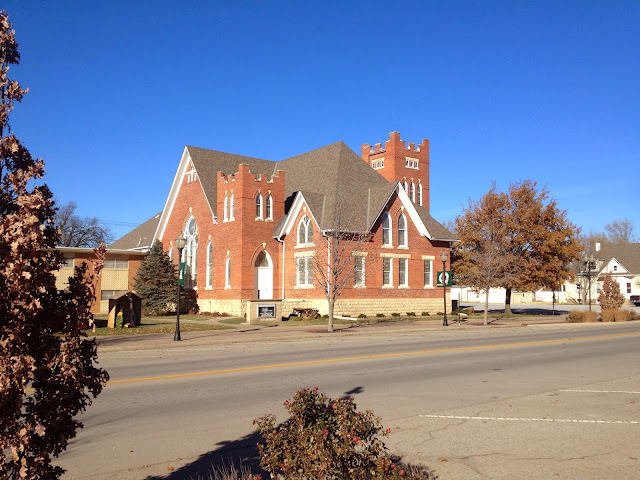 I was thankful, and not just because it was Thanksgiving Day. I was running in Sterling, Kansas with my brother-in-law Jeff and my brother-in-law Marat, and it was a lovely day. I was thankful that I had such good company on my run. (At least for the first half of it, as I wore out my companions after 4.3 miles, and had to do the rest of it solo.) I was also thankful because I live in an area so much more interesting to run in than Sterling. It's a fine small Kansas town, but it's just about a perfect grid, it's as flat as one would expect a Kansas town to be, and you can pretty much run the town from end to end in one run. If I had to run there as often as I run in Colorado, I would get so bored.

That said, it was a very nice outing, and an unusual one, as I rarely get to run with others. The one downside to this run was that I believe I pulled a muscle in my leg, and I was rather hobbled by it. I'm hoping it doesn't keep me out of commission for too long, but I am nervous, as even days later, it's bugging me. The weird thing is, I have no recollection of pulling anything, and only noticed the pain after the run was over.

By the way, the picture in this post is of my bro-in-law Jeff's church that he works. There is a very old and beautiful main building, and you can tell that someone decided to add on to it in the 60's with some horrific 60's style architecture. I tried to capture as much of the good and hide as much of the hideous as possible. Another thing I noticed about the map is that Kansas Farmland is a whole lot greener than the Colorado city scape... 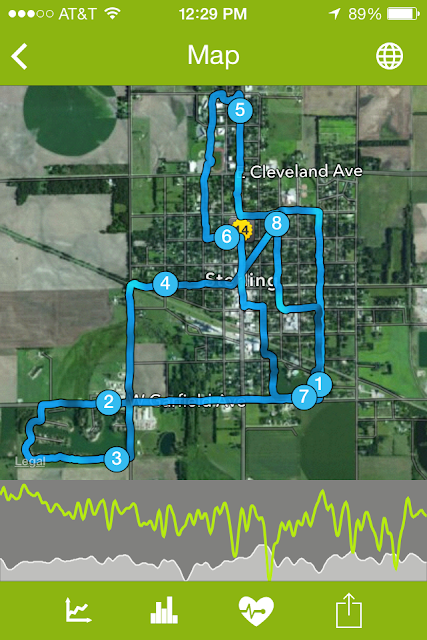