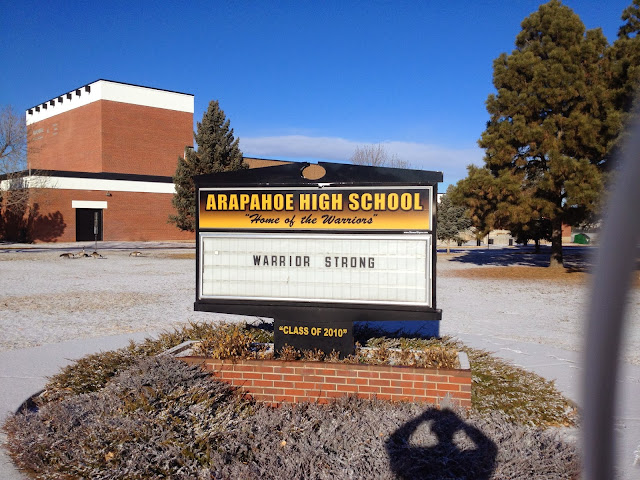 It was 9 days since a school shooting at the High School right by our house. On the day before this run, the girl who had been shot in the face by the shooter lost her fight with her injuries and passed away. I had just been told by Dr. Dan that I could attempt a run, but that I shouldn't push it by going too hard or too far. I knew I was going to head down to Arapahoe High on this first run back.

It was a beautiful Sunday morning. A little chilly, but warm enough to allow me to run with just jogging pants and a long sleeved dri-fit shirt and be comfy. I ran for about eight minutes down to the school, and immediately went to take a picture of the school sign displaying "Warrior Strong" which I thought was pretty amazing. I then walked down to a makeshift memorial which has been erected along a fence on the south side of the school. The entire length of the fence is covered with signs of encouragement from students, other schools, and concerned citizens. There were flowers, stuffed animals, and all manner of items left in love for and by the student body. No one can quite make sense of the tragedy, because it was senseless, but there was a living testament to the strength of this community and to people pulling together in love. It was pretty cool. I stayed and read signs for about 15 minutes, and then with a sad but full heart, I walked back to the corner, and then ran back almost the exact route I had come.

My sadness over having missed three weeks of running seemed small and stupid next to this enormous loss. The perspective provided slapped me in the face with gratitude for all the great things and people in my life. That, coupled by a run that was quite short, but almost completely free of pain left me feeling grateful and hopeful. It was the best I had felt in some time. My mood was strengthened. Life was good, and I had a duty to recognize that. 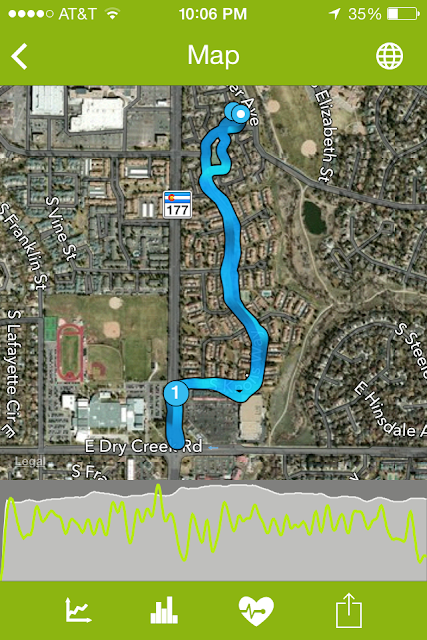