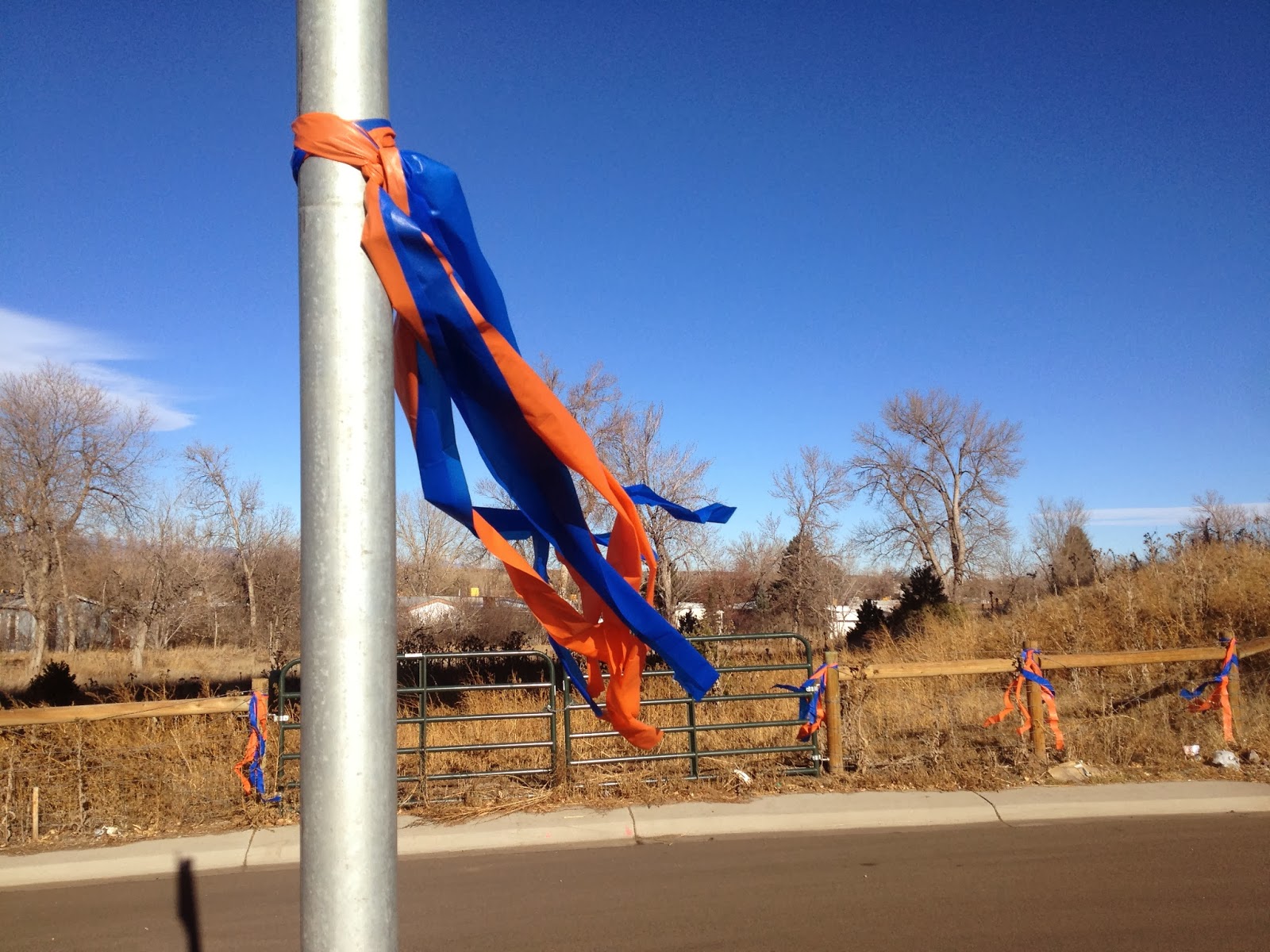 It was another Sunday road trip run. I went even further West to start this one than I went last week, although I did hit some of the same places I ran last Sunday...including the light rail station which was significantly less busy with no Bronco game this week.

I was running on trails with hardly any homes or businesses, which made me think I might have a hard time keeping up my streak of finding new Bronco related items to post. The first guy I passed on the trail was decked out in a Broncos hat and bright orange jacket. In desperation, thinking this might be the only Bronco related thing I could find on my run, I stopped running and pulled out my phone to take his picture. This is really weird, I grant you. The guy turned around to look behind him to try and figure out what I was taking a picture of, and remained dumbfounded. As I got up next to him, I said I really liked the tree behind him and was taking it's picture. Both true statements, as I did think the tree was pretty cool and I technically was taking a photo of it along with him. He seemed dumbfounded, and I totally understand why he would feel that way. I'm clearly a weirdo.

Fortunately, he was not the last Bronco related item I ran across. Just a few miles down the road, I came across a trailer park subdivison, and the entryway to it was decked out in orange and blue ribbons on every sign and fence post. It looked really cool, and lured me into running through the trailer park. I took far too many pictures of the ribbons. This was my favorite one, although it does a terrible job of showing exactly how many ribbons there are...someone went nuts with the ribbons. It was amazing, and a cool way for their community to celebrate the Super Bowl.

As for me, since I am now confirmed to actually GO to the Super Bowl, my enthusiasm continues to escalate. Today marks one week until the big game, and I've only got a few more runs before I'll be leaving for New York. I'm exceptionally pumped for the big game, and getting more and more nervous and excited about it. The storm is coming, today was the calm. I rather enjoyed the calm, but I'd be lying if I said I'm not ridiculously excited for the Storm. 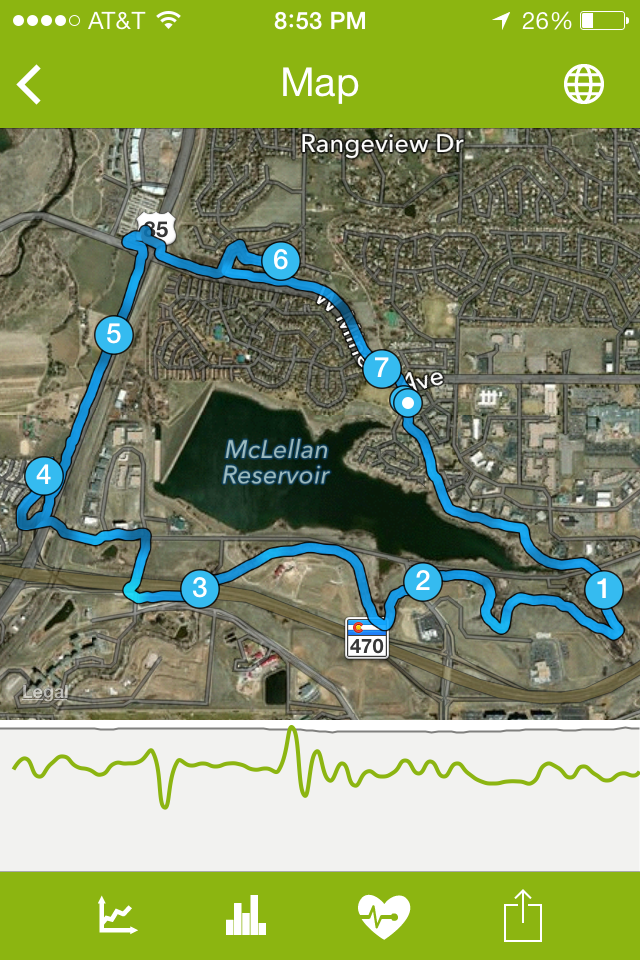