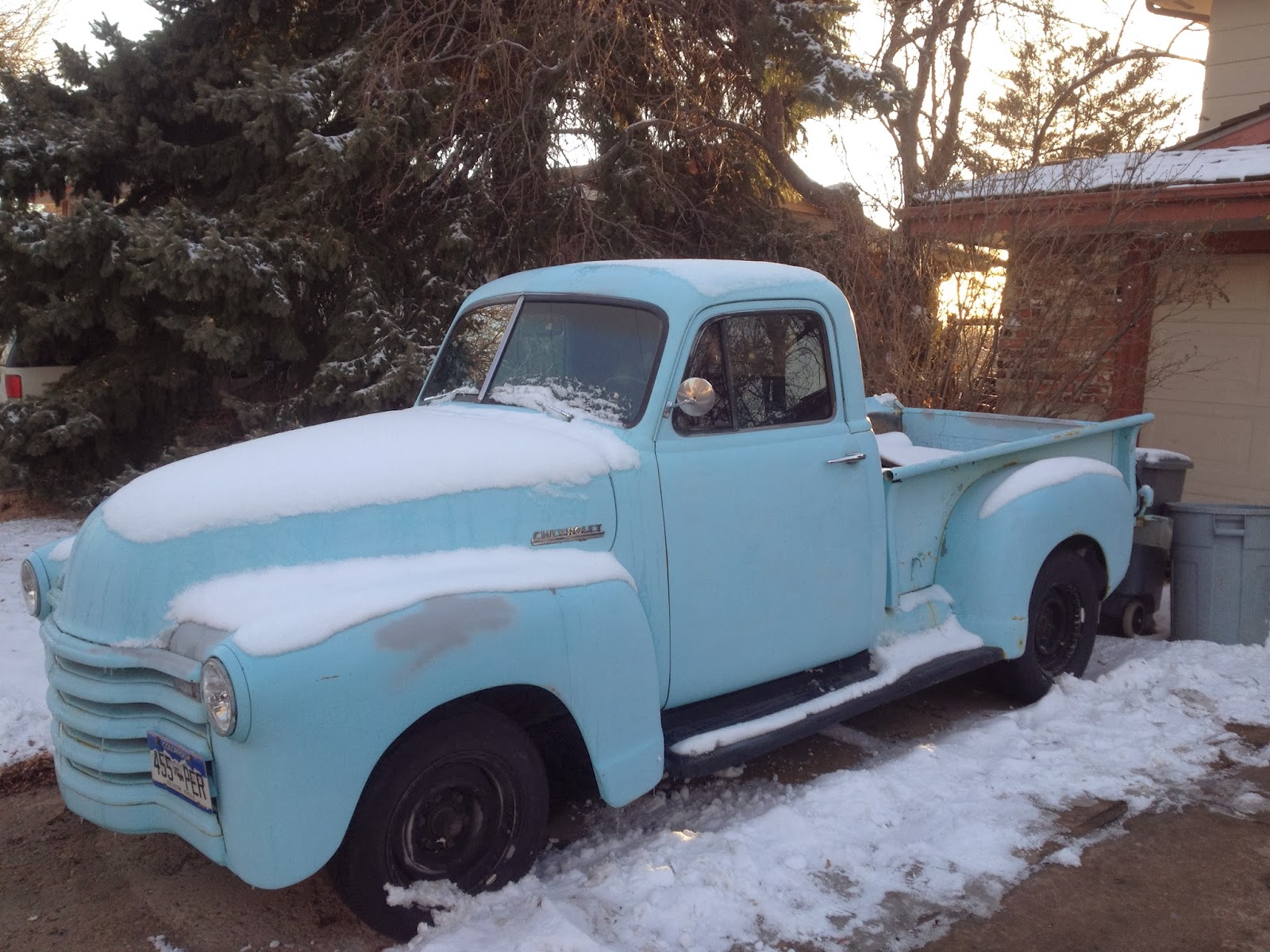 I found myself remembering that while Sufjan Stevens made one of my favorite songs ever with "Casimir Pulaski Day", the rest of his music is kind of boring. It wasn't terrible to run to, but I definitely found myself going back to CP Day about five times...such a good song.

I guess if you have an old-timey light blue truck in my neighborhood, chances are, I'm going to take a picture of it. Once again, I found a cool one to post for this run. I guess I'm a sucker for a light blue classic truck.

The white stuff fell from the sky on this morning, and although thankfully it had stopped by the time I went running, there was just enough left on the ground, and the weather was just cold enough that there were abundant patches of slipperiness to navigate on this run. It led me to running like a ninny through the streets of Centennial. I'm so cool like that.

Nothing much else to report about this run except that I finally feel like I have gotten back my stamina from missing December, and I am able to once again keep up with where I think I should be for the most part. I'm still slightly slower than I was before, but at least I am able to keep up a steady pace which is a nice change from the first few runs back. Anywho, here's the map... 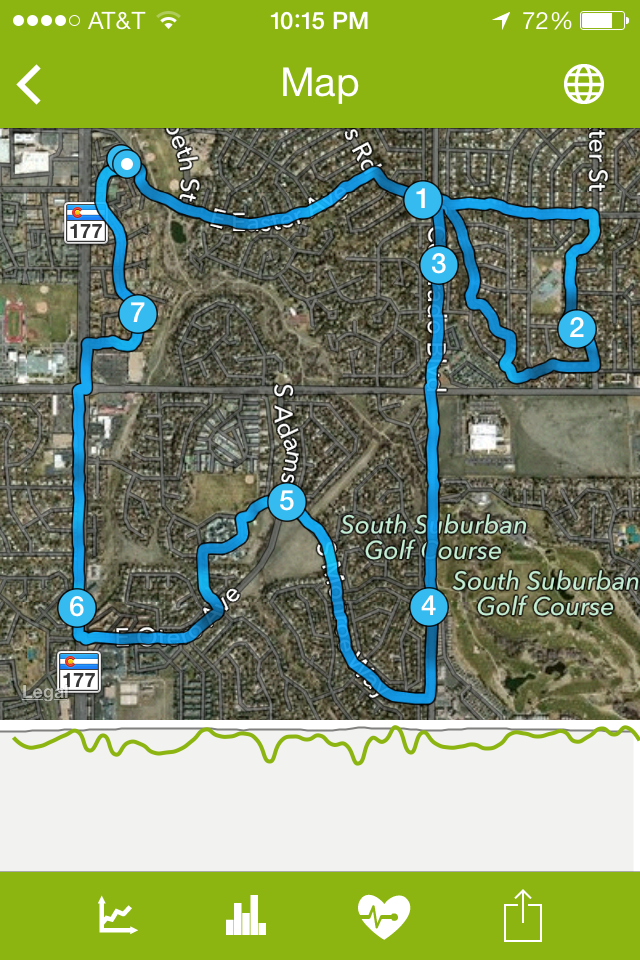