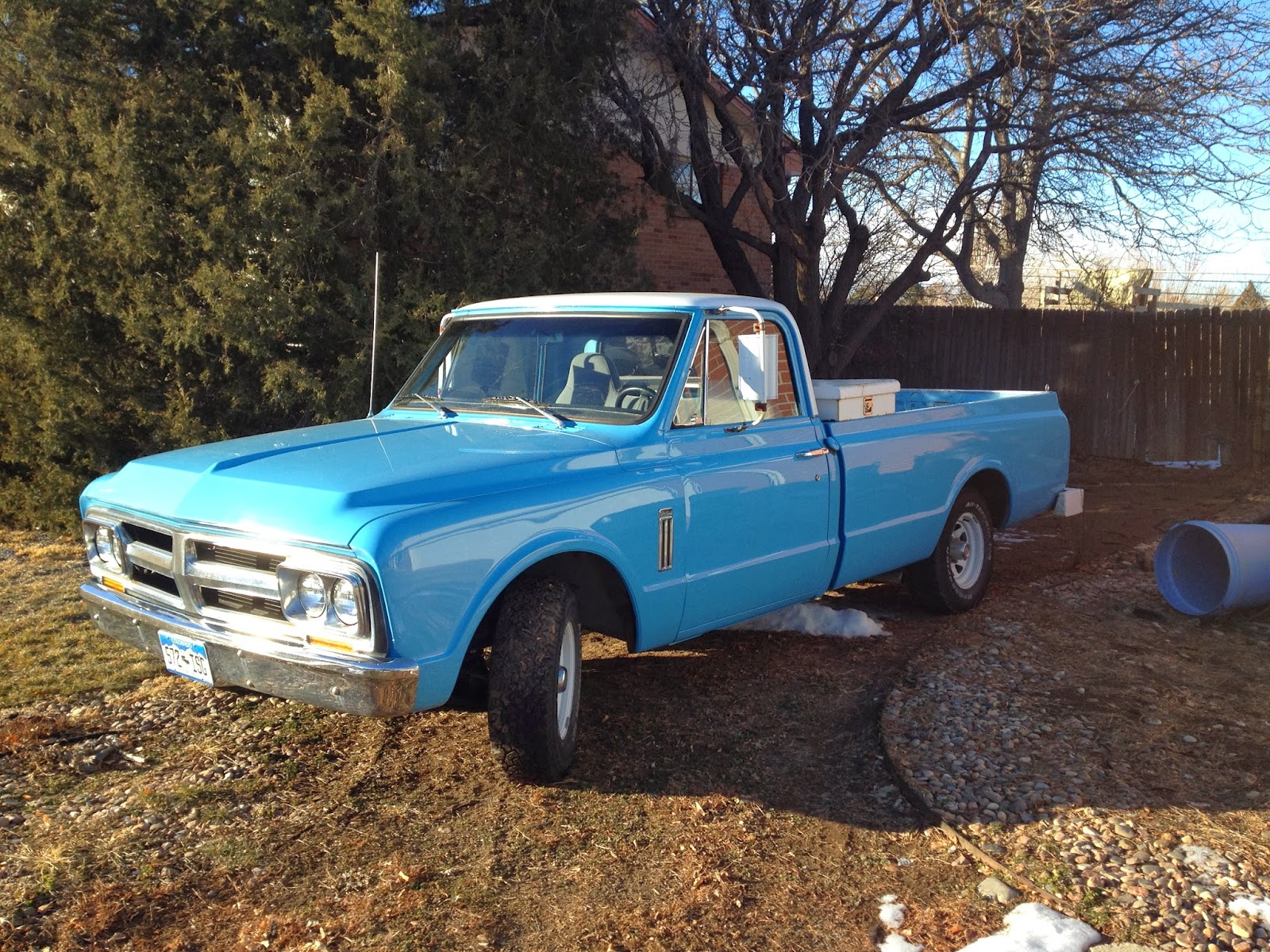 Today, the people of my office, and probably 80% of all office workers in this town were encouraged to wear orange and blue for the Broncos upcoming playoff game. As a result, I was amused to see a huge number of drivers in the cars on the streets I was running decked out in Bronco gear. It looked like more people were in orange than were not. So basically, everyone in town was dressed in much the same manner as I dress on a regular basis. This town is pumped for our football team. Pretty fun vibe for a Friday afternoon run.

Also, I noticed this truck on my run. I'm not really a car guy, and I don't think there is anything much particularly special about it. But as I passed it, there was something about how blue it was shimmering in the sun. I really dug the way it looked, so that's why it's the picture of the day. I had intended to take a picture of the knight sitting in front of the house on Grant Street, but sadly there was a big group of people hanging out in the front yard of the house next door, and my embarrassment at potentially being the weird guy taking a picture of the neighbor's house over powered my desire to get the picture of the knight. So, the picture will have to wait for another day.

Last thing for today. Yes, I ran EXACTLY as far as I did yesterday on this run. 6.62  miles. This was totally a coincidence, but I thought it was interesting. Perhaps I'm the only one. Anyway, here's today's map... 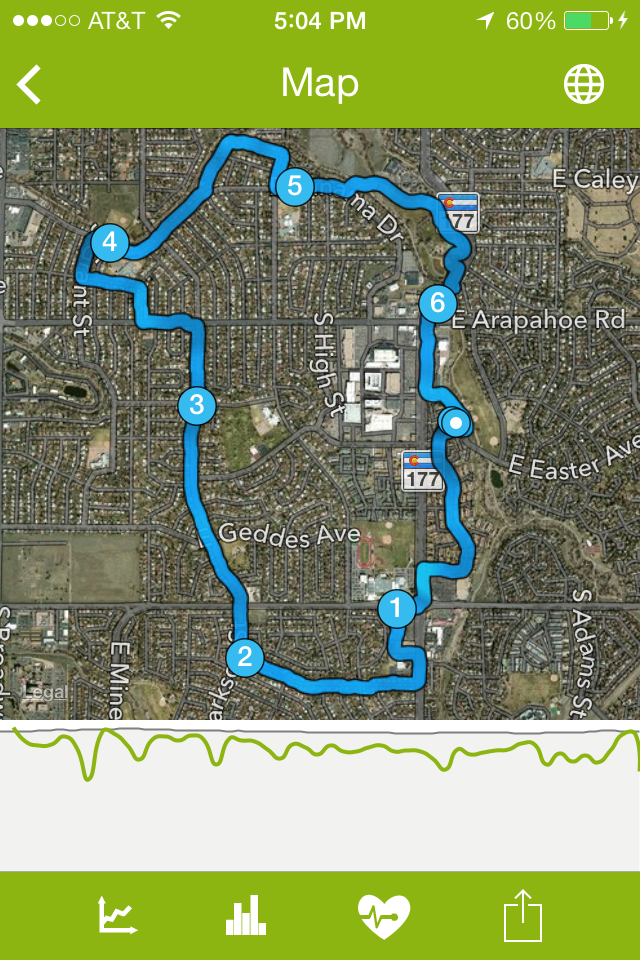