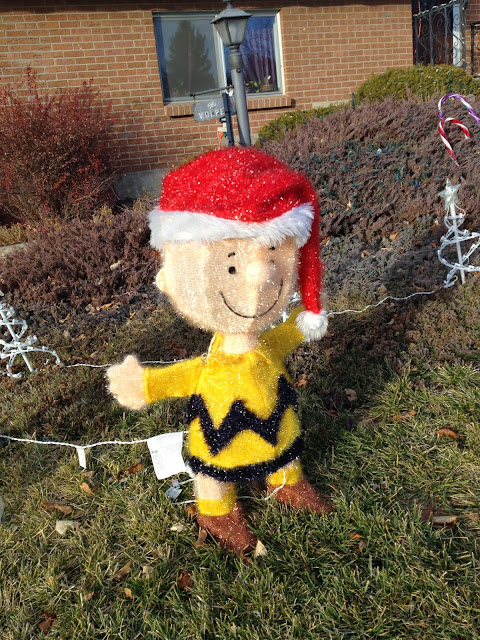 It was a lovely day, but something wasn't quite right. My fitness has slipped a bit, but I was fighting something worse than that. I was getting terrible side cramps. As the night would progress, these cramps turned into full fledged gas pains. I was a wreck yesterday. It translated into difficulty running, and me turning what I had hoped to be at least a 10K run into something much shorter. Sometimes you have a great plan, and then your own body gets in the way. I was a little bummed, as it was a beautiful day, but I figured that if I cut it short enough, perhaps I could get in a good run the very next day.

On the plus side, I did see Charlie Brown in a Santa hat to match my New Years Eve sighting of Snoopy. If I can somehow work Peppermint Patty into the mix, I'll be on to something. Even more glorious, I discovered that not terribly far from my house people have an entryway that is guarded on either side by polar bear statues. I think it's safe to say I live in a weird neighborhood, but one that is swell for running. God bless this thin air that makes us all a little loopy. 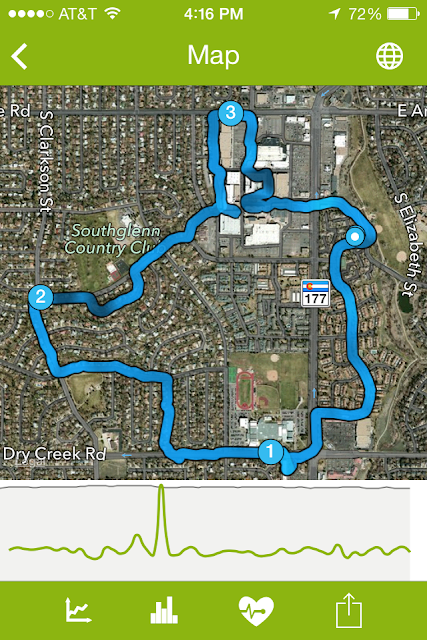