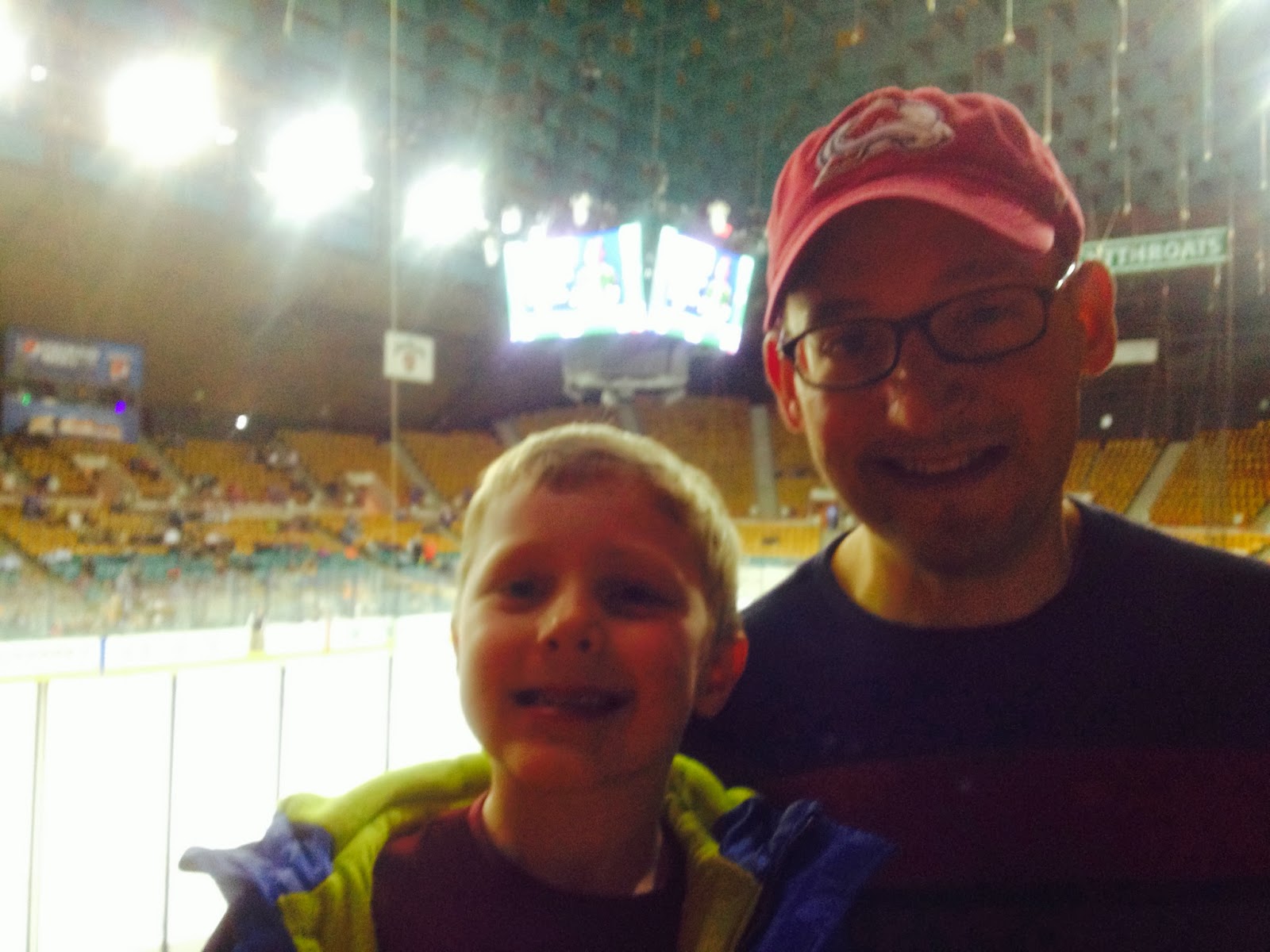 This might kinda sorta be cheating, but technically this did qualify as a run...albeit a really short one. On Thursday afternoon, I won four tickets to the Denver Cutthroats game on Twitter. So Friday night, the whole family headed down to the Denver Coliseum The Cutthroats are a minor league hockey team that plays in the Coliseum. It's quite a minor league affair, but still quite a bit of fun. This is my second Cutthroats game, as I took Luke and Ellie to a game last February...however, they were shutout in that game, so I saw my first actual Cutthroats goals at this game.

Here is what I missed by not seeing a goal at the last game: After every goal, a majority of the kids in the arena run a lap around the arena on the main concourse path. The Cutthroats scored six times, which allowed us to see this occur a bunch. Luke watched the first four times it happened, and we kept encouraging him to go. Finally, on the fifth goal, he decided he would give it a go. It was really cute watching him circle the entire area.

Despite the fact that I had already gone running that afternoon, I kinda wanted to try it myself...there were some adults doing it (although, admittedly, it was mostly kids.), so I told Luke that if Denver scored again, I'd go with him. It was relatively late in the 3rd period, and with a 5-2 lead, I figured the Fish would hold back and just play defensively and lock down the win. However, the pushed more more goal into the net, so with fewer than nine minutes left in the game Luke and I hopped up and ran around the arena.

It was a little nutty, and I had to watch my pace and stride so that I didn't inadvertently body check a random seven year old down a row of stairs, but it was a blast. I think Luke enjoyed our little jaunt...his second of the game...and I know I found it to be a lot of fun. I even thought to start up Endomondo so that I could get a map of the run and post it to the blog. The map doesn't make it look I like I completed a full circle, but I assure you that I ran the entire way around the arena, and the Fish beat the league leading Missouri Mavericks 6-2, so all in all, a really fun night. Go Fish! 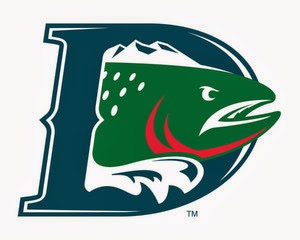 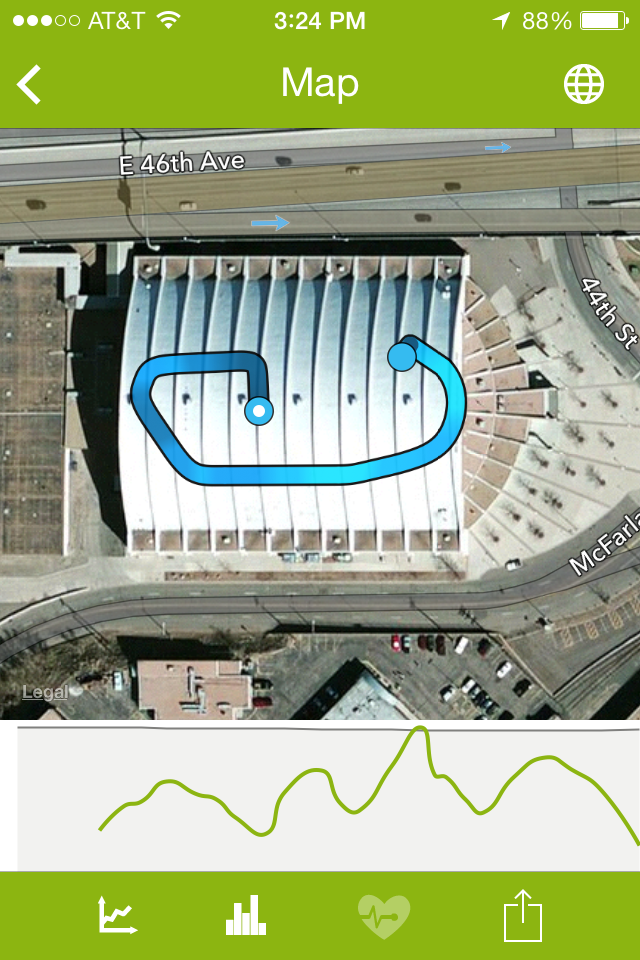