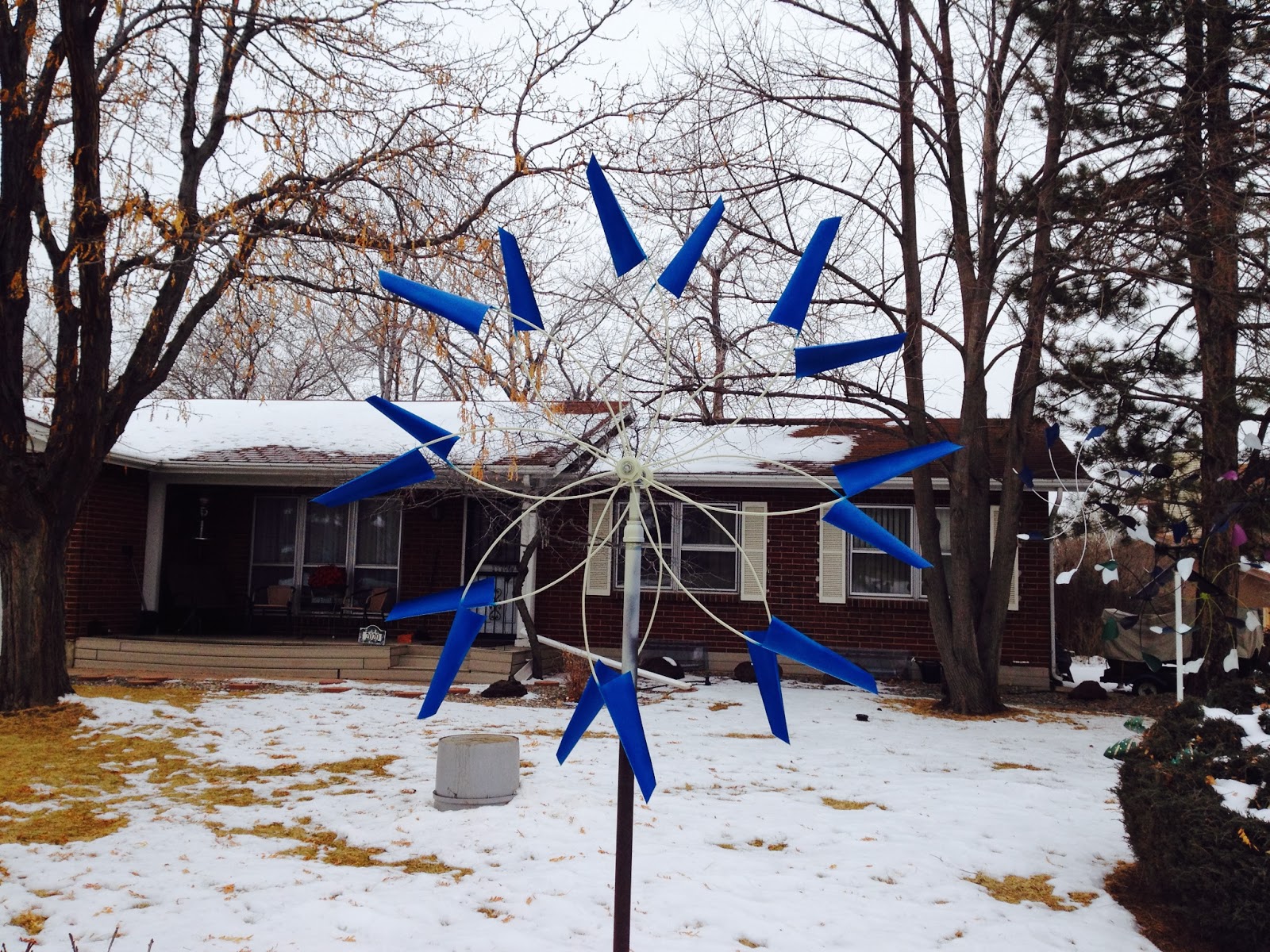 I wasn't in a terrible mood, just a gray one. It's not that I felt terrible, it's just that it felt like the world had been stripped of color. Perhaps part of that is the fact that football season is over, which makes me less enthused about a Sunday, but also the sky was super gray, and I just felt like I was missing the variety of color in my life. Weird thing to try and express, but it was a somewhat weird morning.

I think that part of the reason that I chose today's picture is that the blue of this particular windmill really pierced the gray. One of the few things that really stood out today from a color perspective. I really liked this blue.  This house had a ton of windmills in it's front yard. I think one way you can tell that I have moved on from the Broncos crazed mood of the pre-Super Bowl era is that there was a Broncos windmill, and it didn't get picked for today's picture. (I still took a picture of it, I'm not completely devoid of Bronco sentiment.)

After this run, I was looking into what it will take for me to hit my monthly goal of at least 100 miles. Looks like if I don't miss another run, I'll need to average about seven and a half miles per outing if I'm going to hit it for February. Not impossible, but clearly, I've got some work to do. The combo of it being a short month plus the fact that terrible weather and the trip to New York basically killed the entire first week from a running perspective just makes it a tiny bit more challenging. I'm going to do my best to hit that mark, as I'd love to go 12 for 12 in 2014. 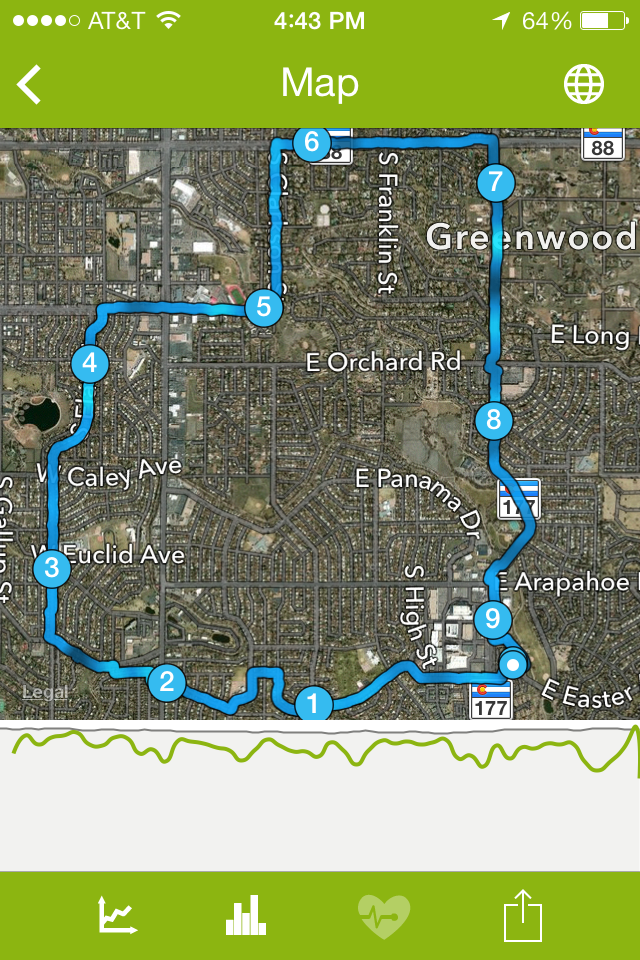