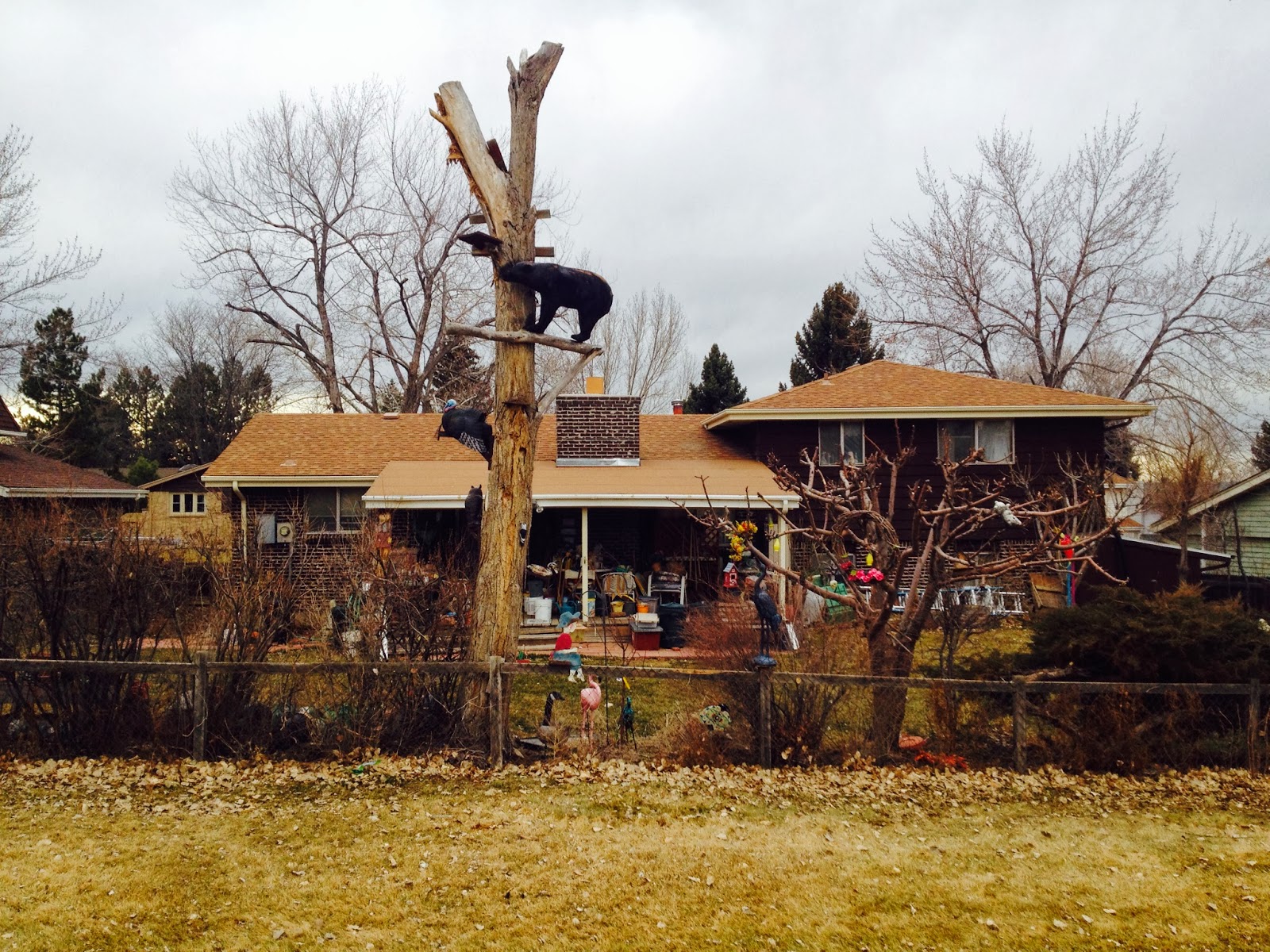 Welcome to Crazy Town, Population: This House. I'm feeling like this HAS to be a lady going this nuts with the decorations. Just feels like female insanity. I feel like this picture doesn't do it justice, either. There is hardly a square foot of space in this backyard that isn't adorned with some manner of decoration. For crying out loud, she has not just one but two fake trees with fake animals all over them. You can only see one of the fake trees in this photo...it's the one with the fake bear in it. She also has another fake tree that has a cougar, an eagle, and an owl in it.

I discovered this amazing backyard as I was running through Medema Park. This nutty backyard backs up directly to a public park. Yup, Crazy Town has her own platform for freaking out the public. As I was standing there taking a plethora of photos of this eccentric backyard, a guy walked down the path, turned to me, and said, "You don't see something like that everyday, huh?"

You can say that again, brother. My only regret is that I didn't run to the front of the home to see how she decorated that end of her home. Make no mistake, getting back to this neighborhood and checking out the other side of this home is quite high on my running priority list. I must see the front of this home. The only thing that would shock me is if it looks normal.

As for the rest of this run, I saw a real fire truck adorned with a gorilla logo and I saw a piece of playground equipment that looked like a fire truck. I also bought a granola bar, saw an entire work crew in hardhats (about 12 men strong) digging a giant hole in someone's backyard, I discovered a new passage between two areas that I run fairly frequently yet I had no clue they were so close together, AND I stopped by a friend's house because I really had to pee only to discover she was in Vegas and her mom was babysitting their kids at their house while she and her husband were gone...and I still managed to talk her mom into letting me use their bathroom.

Clearly, this was not a normal run...I mean, I bought a granola bar, for crying out loud! (Plus all that other weird stuff and Crazy Town's backyard, too. I guess.) It's always interesting here in suburbia, if you only look in the right places at the right times. Here's the map... 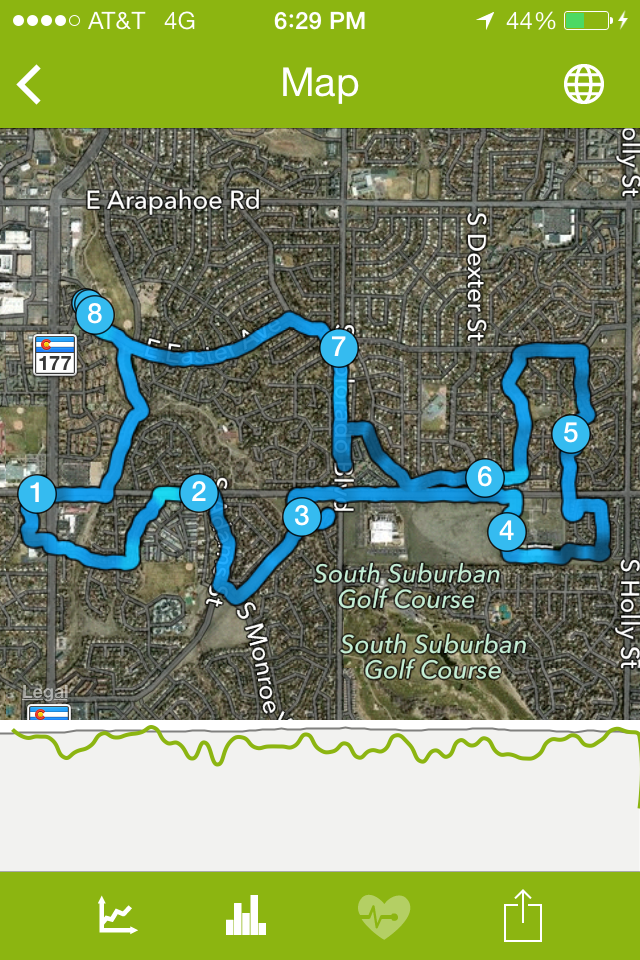