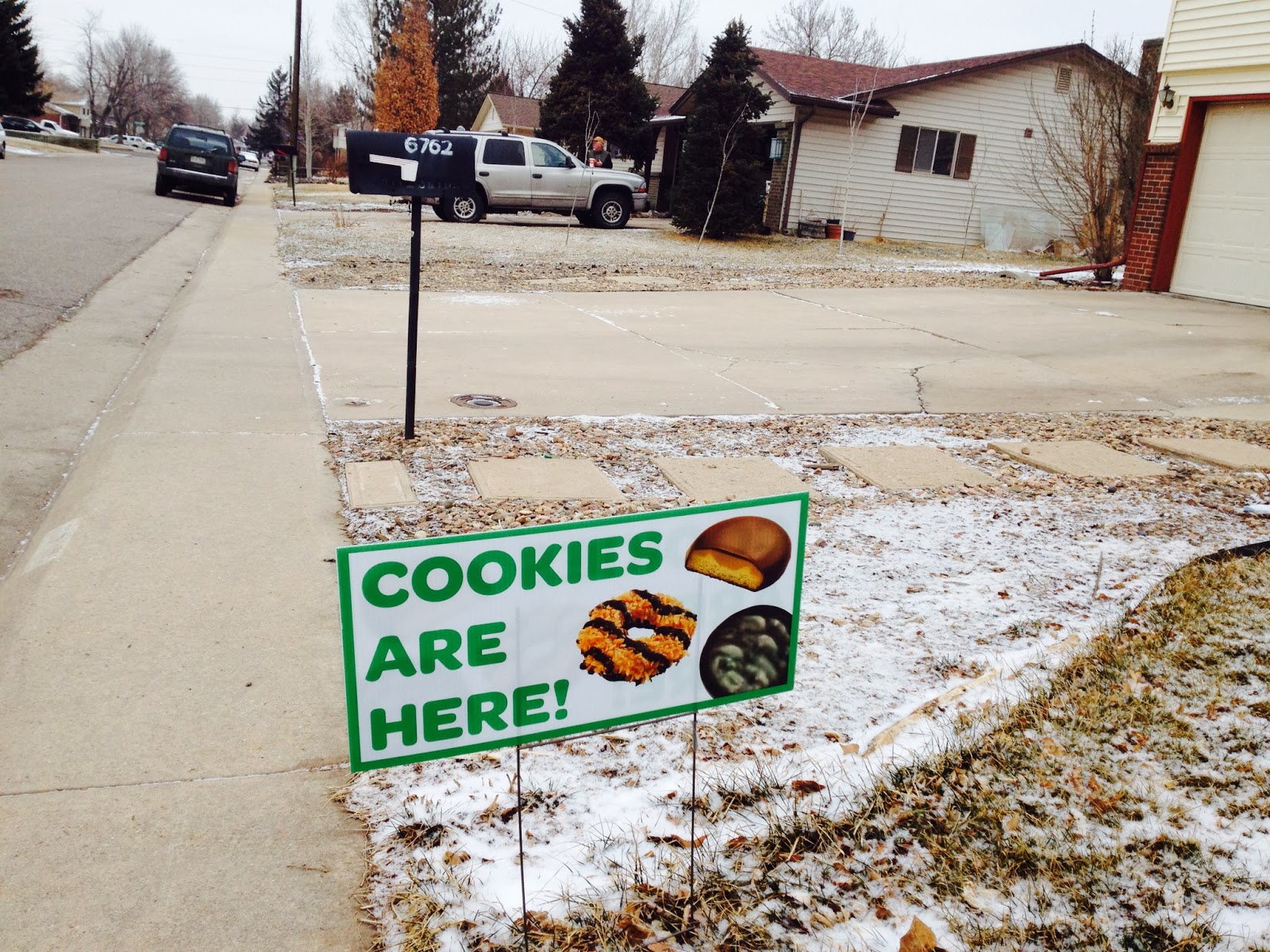 How awkward would it be to ring the doorbell and just ask for cookies? I suppose that is what they are going for, but still. "Hi total stranger, here are four dirty ones, give me a box of sweets." This is an odd transaction. Maybe you get caught up in cookie selling mania and this is not weird in the least. I don't want to live in a world where randos knocking at my front door to buy a box of confections feels normal.

The weather was freezing on this run, but I didn't feel cold. Body heat is an amazing thing. A hoodie over a running shirt is more than sufficient even when the snow is falling softly and the thermometer reads 21 when you start out. Losing weight has meant that during the winter I'm basically always cold. The exception occurs when I run.When I'm running, I'm pretty much always fine. It's pretty glorious to not get chilled even when the temps are in single digits when you wake up in the morning. I didn't hit the road immediately upon waking, because although I usually stay warm, 7 degrees is crazy. However, with the forecast foretelling of dizzying high temps for the day in the mid-thirties, I knew I was going to get a good run in.

Early on in the run, both to avoid falling snow and for the potential of slightly warmer temps, I ran to the top of a parking garage. I enjoy running the ramps, although I was a bit weirded out, as I kept hearing sounds which made me believe that someone was doing their own Pikes Peak style hill climb race up the garage. I didn't want to get leveled by someone going too fast in an empty parking garage, so I ran in the area that a speeding car would be least likely to traverse and engaged my highest level of situational awareness to avoid death. Despite the sounds, I never saw any vehicles, although I will go to my grave certain someone was racing up the structure.

The greatest moment in my walk came when I was six miles in and decided that it was time for a warm beverage. I waltzed into McDonalds and procured a large coffee with extra cream and sugar and plopped down onto a bench that was way more comfortable than a bench at the Golden Arches has any business being, and I just blissed out in the land of hot java, Words With Friends, and cozy fast food seating for about 20 minutes. I don't usually take such a break in the middle of a run, but it was a gray Sunday morning, and I felt I deserved a break today...what more appropriate place could there be?

After my vacation in McDonaldland, I abandoned podcasting and went to my go-to hip-hop-apotamous, Lupe Fiasco. With coffee in my belly and a hop in my step, I made my way home to rap music, and felt very happy about it.

For some reason, I can't pull up the map on my Endomondo app for this run, but I could get it from their website. So that is why the map looks different today. I know people were worried about this... 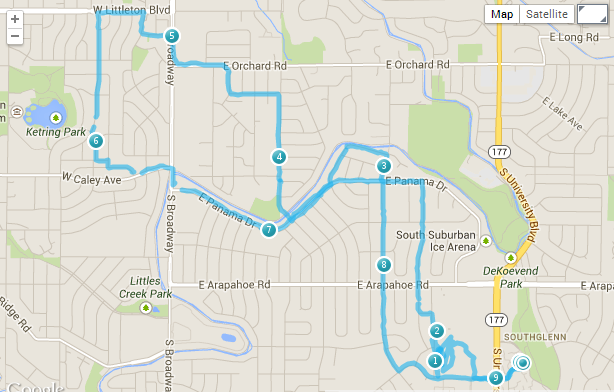