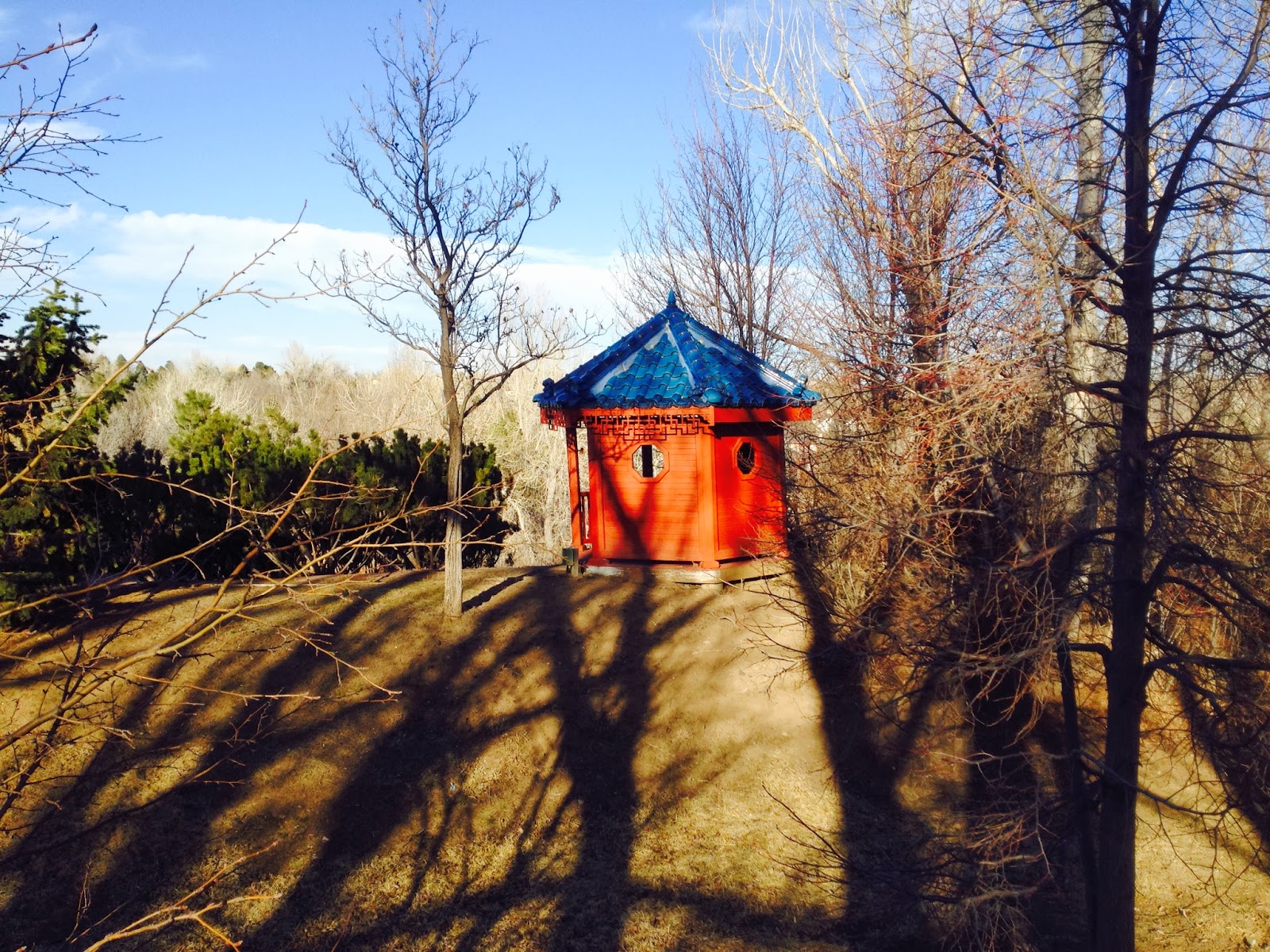 With my February goal already achieved before I even started, there was literally no need to go out running other than my desire to do so. I guess "need" is a strong word, since I am under no compulsion to ever go other than goals I want for myself, but this was even more extraneous. Still, it was a gorgeous afternoon, and I was all in. Why settle for 100 miles in three weeks when you can go 109?

Two things stand out from this run. The first can be found in the picture I selected for this run. Although I've run on the Highline canal countless times, I cannot ever remember noticing this particular pagoda. The sun was shining through the trees on it giving it an almost ethereal look. The picture makes it look very secluded, as if I am in the middle of some nondescript Asian nation far from home. In reality, this is less than three miles from my suburban home, but it's kind of cool how something so close can look like it belongs so far away. I was rather taken with the scene.

The second thing that stands out from this run was a chubby female in her mid-twenties that I saw at the very tail end of my run. I was only a few hundred feet from home when I passed this larger girl with BRIGHT pink hair. It wasn't just the color, but it was also the style. It was like Flo from Progressive let her hair grow out until it was waist length and then dyed it pink. Not just any pink, mind you, this girl's hair could probably be seen from space. I was running, so I didn't get a close look, so I'm not sure if it was a wig or just a very poor decision with her natural hair. Either way, it's not what I would describe as an attractive look, but it does make you take notice. In hindsight, I wish I'd have taken a picture, but at the time I was too afraid. Afraid that I'd appear to be the creepiest of creepers and maybe a little afraid that she'd take it as a come on...a message I was trying VERY HARD to not send for a multitude of reasons. So no picture, I'm sad to say, but here is the map... 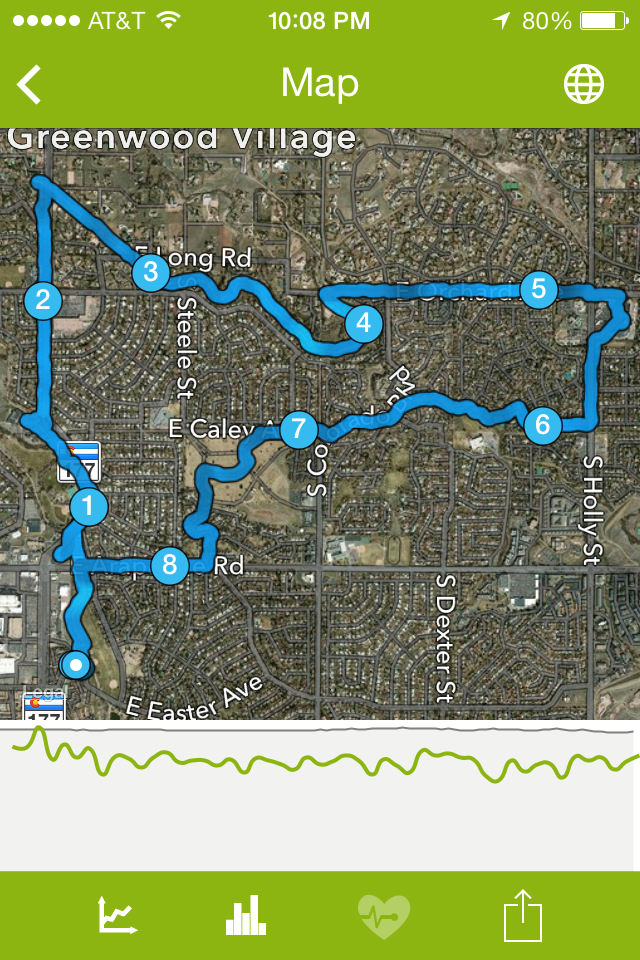