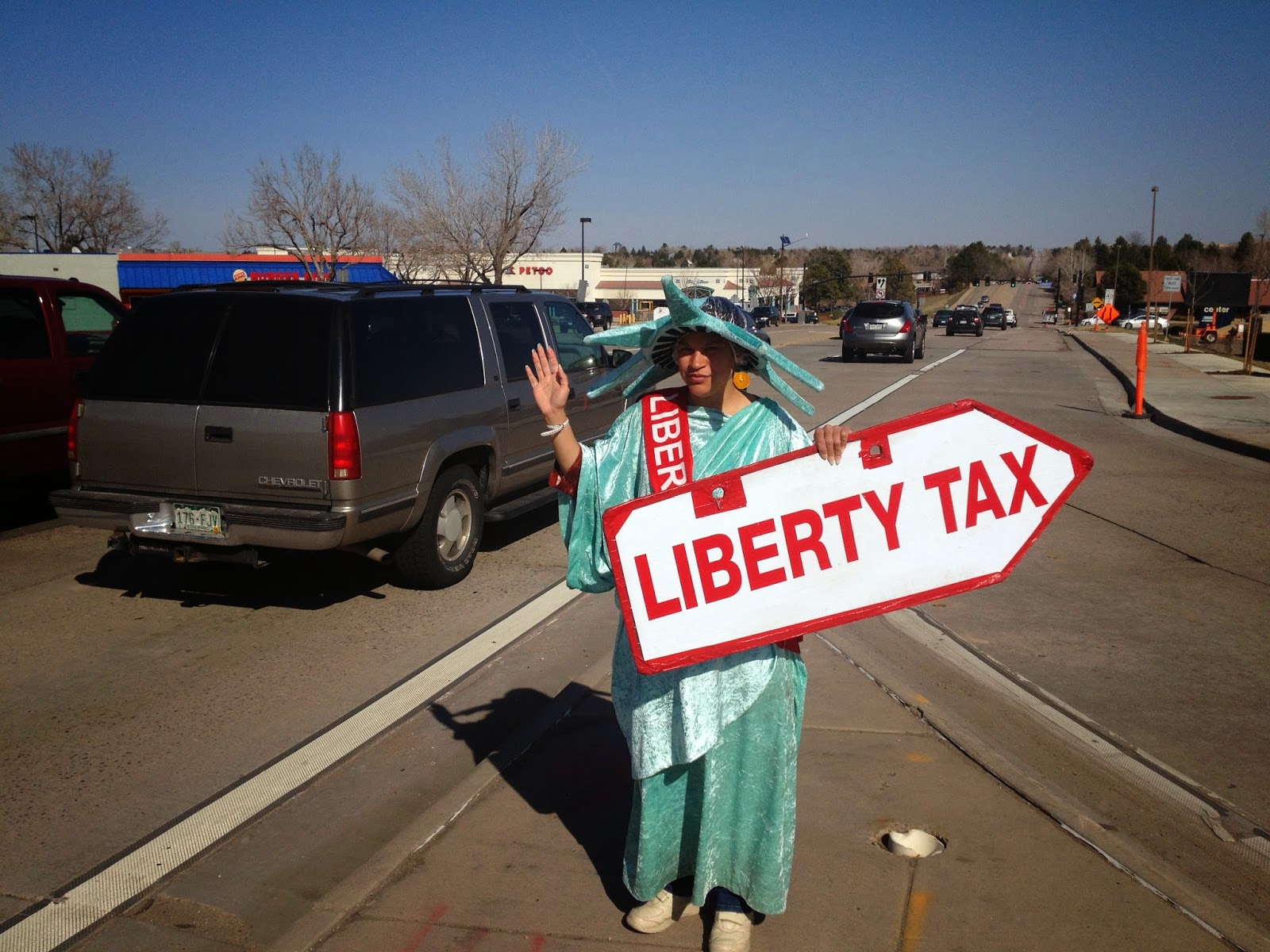 There is something wonderfully weird about the fact that Lady Liberty pops up on street corners everywhere come tax time. Liberty and Taxes are two things I wouldn't immediately associate with each other. This girl seemed just hopelessly bored with this job. I asked her if it'd be okay if I took a picture, and she said it'd be fine and continued to do her job with all the enthusiasm of a soggy noodle. I know there are many jobs that would be worse than this, but not too many immediately pop to mind. Being persistently nosy, I asked her how much she got paid to wear this silly costume and stand on the corner waving people towards a tax service. She responded, "Minimum Wage" in a flat yet friendly manner. She wasn't nasty, just obviously lacking in enthusiasm for life...which is what I would look for if I were hiring a girl to dress in a Statue of Liberty costume and drum up business. I guess when you're paying only minimum wage, you can't afford to be too picky.

As for this run, I was feeling pretty good and running strong. The weather was just about perfect, and I felt in no way rushed as I knew that it didn't matter how quickly I got home since my family was in Kansas, and no one was waiting for me except two precocious pups who didn't care if I made it home in time for dinner. Not that I usually feel rushed to get back at a certain time when I'm on a run, but I knew that I could take extra time if I so desired because the house was empty. Perhaps it was just because I myself was in a very positive mood, but everyone on the trails seemed happy. There was a good vibe outdoors, and I was enjoying my time being outdoors and getting exercise. Despite having a slight low blood sugar at the very tail end of the run, which affected my performance over the last half mile, overall it was an ideal run. Runs like this are what keep me motivated to keep going out...plus I got to meet Lady Liberty!

Also, this run put me over 100 miles for March, so Operation 12x100 is now one quarter complete as I attempt to hit triple digits in miles every month in 2014! 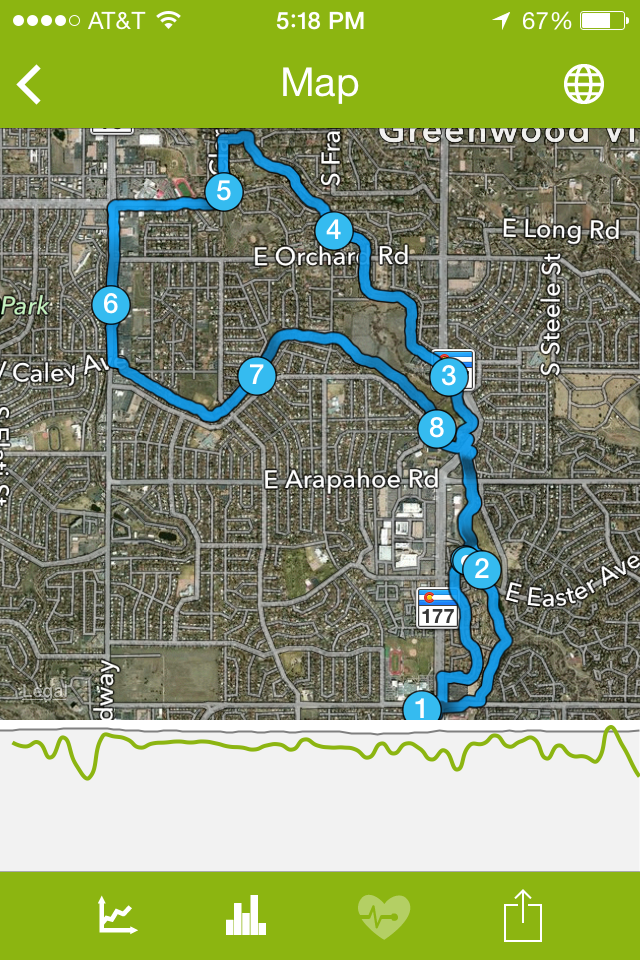