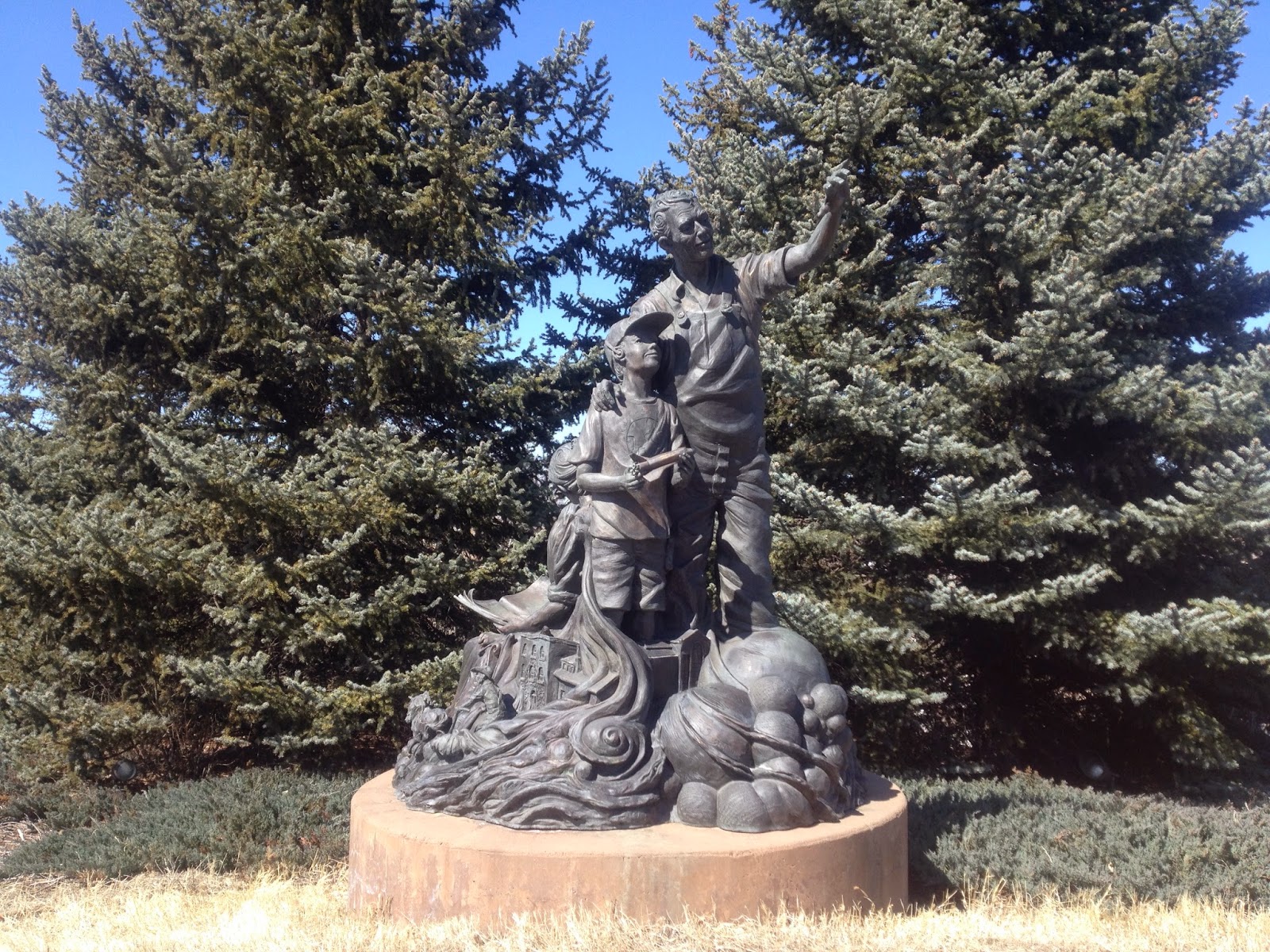 I'm running down a nicely paved path in Littleton, CO when I come to it...A roundabout. In the middle of a running/biking trail. No cars, just foot traffic and bikes, and yet someone thought it necessary to install a roundabout at the intersection of two trails. I was flabbergasted. I took a photo of it, and even considered using it for today's picture. Fortunately, I found this cool statue (which I'll discuss in a moment) as the roundabout, while far more confounding, was far less picturesque. I was so confused when I saw the roundabout...had there been multiple accidents of joggers violently hurling themselves into each other at the intersection and someone said, "This is madness, We need to put a stop to this dangerous situation at once!"

I'm just going to say it, the idea of putting in a roundabout for a non-car situation is at best way overly cautious and at worst just plain dumb. Making it even more confounding, it's not even THAT busy of a path. Sunday mornings are one of the busiest times for running traffic, rush hour if you will, and it was a nice day. Still, in the three or four minutes I was pondering and photographing the roundabout, I saw nary a bike nor runner enter the safety circle. The rebellious part of me wanted to run to the left directly flaunting the safety provided by such a construct, yet for some reason, I decided to go with the flow. Still...this is pretty silly stuff.

As for the statue, this statue is in the midst of a very large and majestic traffic island which welcomes you to Historic Downtown Littleton. While I dig the statue, I have absolutely no clue what or who it honors. It appears to be a farmer pointing out stars in the sky to a space shuttle enthusiast kid while a girl with super long hair and apparently no interest in the proceedings reads a book with her back to them. Not sure what is going on here, and I hope it's not a subtle nod to some evil secret society, but I think I like it. I had to trample a bunch of prickly bushes to get this close to the statue, as it's not readily available to the public, but even at the tail end of my run, I wasn't afraid to stomp some vegetation to get my shot. Such is the nature of my dedication to getting a good picture for Run and Shoot.

(Edit: The research department, aka my wife, found out the details of this photo. Apparently there is also a mom back behind the boys. http://sargentstudios.com/?p=206) 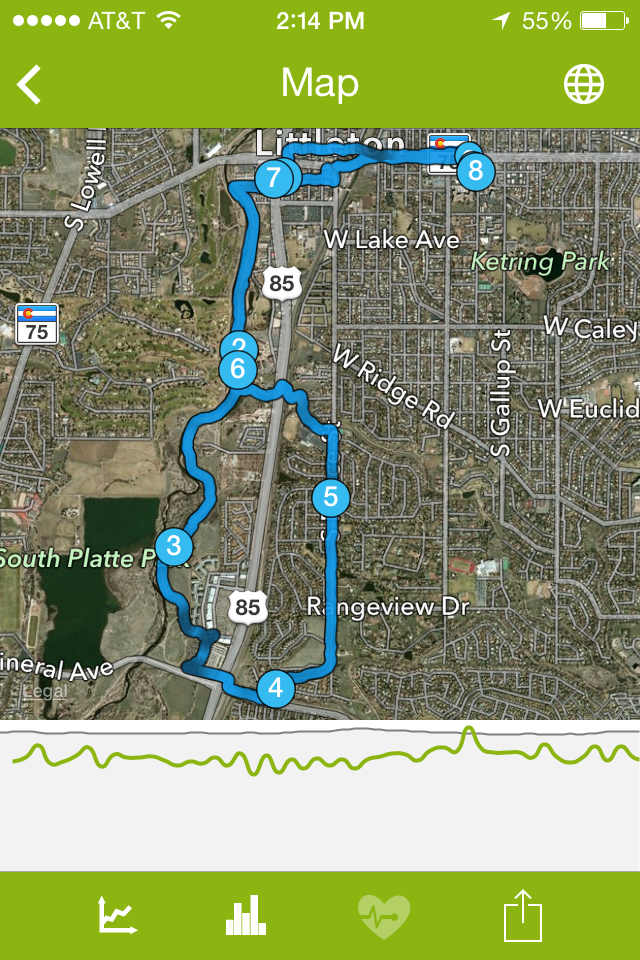