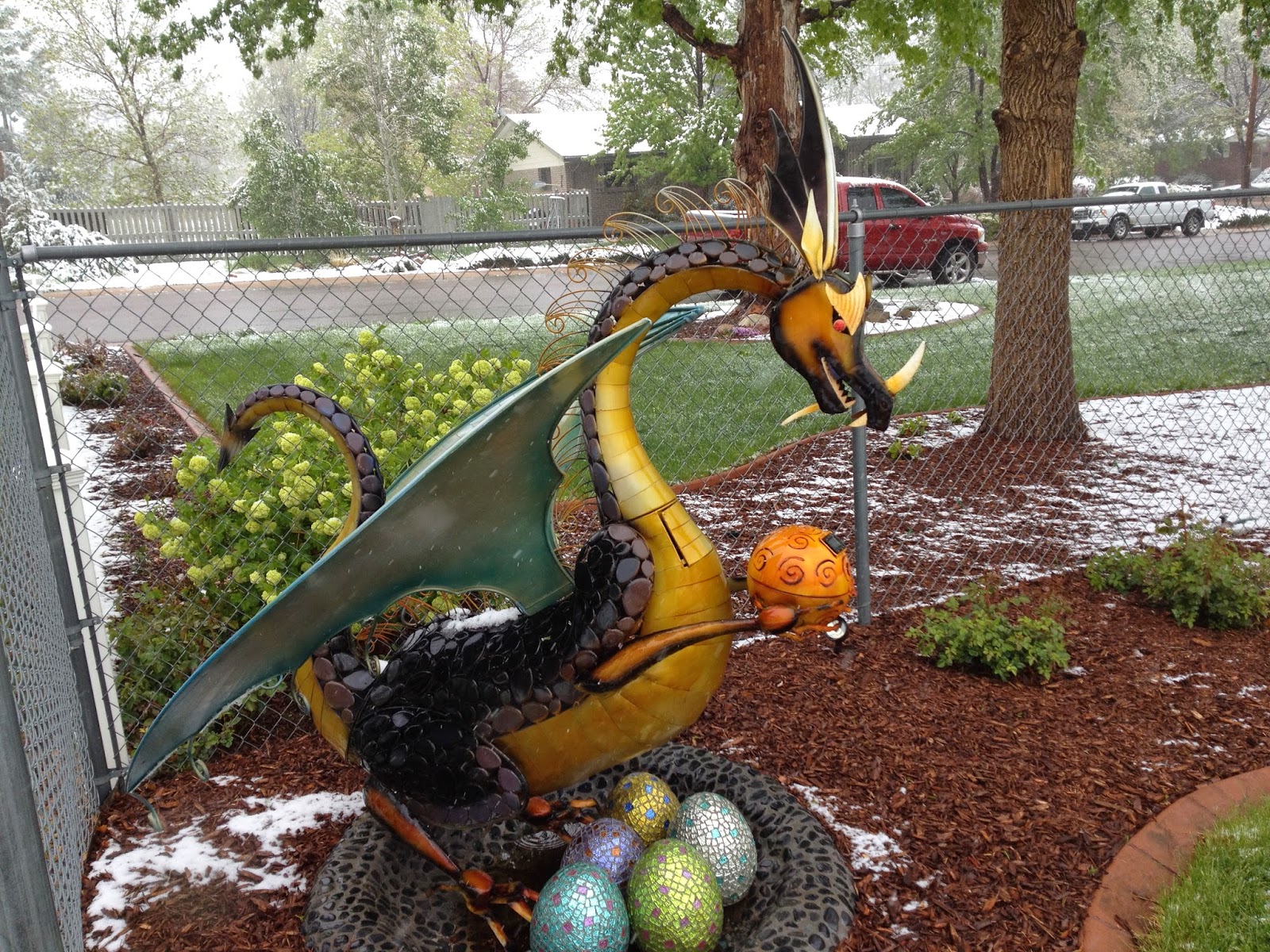 The snow intermittently flittered and dumped on Sunday. Also, it is May...so this is unacceptable behavior for snow. What I want from snow in May is to completely not exist, and yet there it was...existing like mad all over everything...making it cold and wet outside. I passed a mother and daughter making a snowman on this run. And it wasn't even an anemic snowman, it was moderately impressive. I was so distraught. It was wet enough that I gave serious consideration to just bagging the morning run, but I didn't want to miss two straight Sunday runs, so I forced myself out into the elements.

If this snow did ANYTHING for me, it allowed this picture to exist in all it's otherworldly glory. Yes, this is the same backyard that has the leopard on the roof of a shed from my previous post. I ran past that home again, and somehow on my last visit, I missed that in addition to a leopard, there is also a dragon hanging out back there. (There is yet another goofy thing residing in that yard that will likely find it's way to the pages of Run and Shoot shortly.)

So, what we have in this picture is a standard suburban spring backyard with strong green spring notes in the process of being buried in frosty snow...but also a dragon. Surreal and also kinda magical. I was very pleased with how this photo came out...especially considering my glasses were a soggy spotty mess when I took it, so I wasn't sure that it would turn out as well as it did.

The snow splattered me the entire duration of the run, and actually got even worse after I finished, so by the time I was almost finished, I was very wet and running through the shopping center across the street from my home. Something about those conditions made me want to stop in to an Old Navy and buy some clothes...which of course, I did. Two shirts and a hoodie later, I was running the final quarter mile home with a plastic shopping bag. Such a weird run. 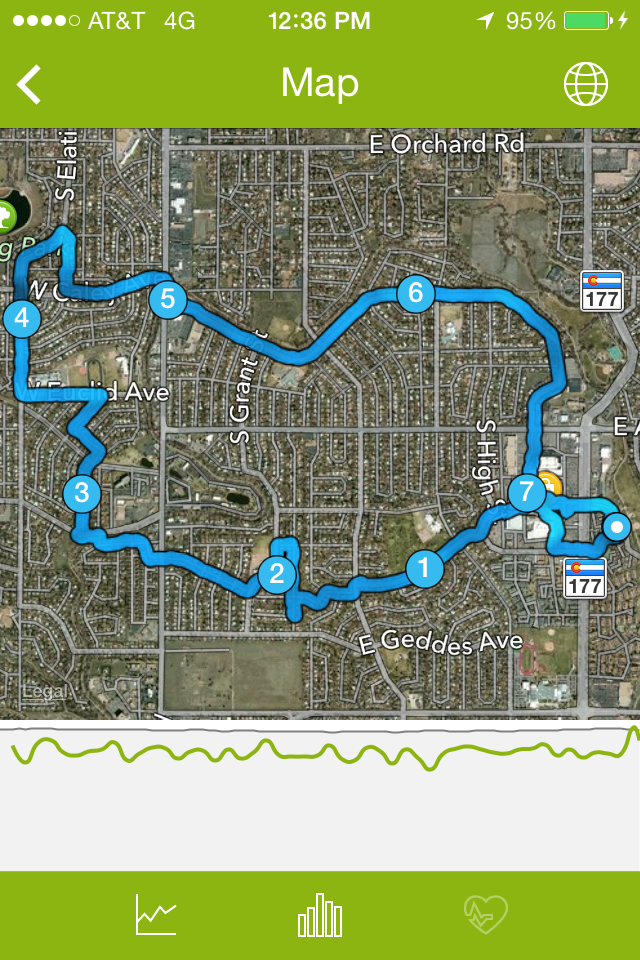