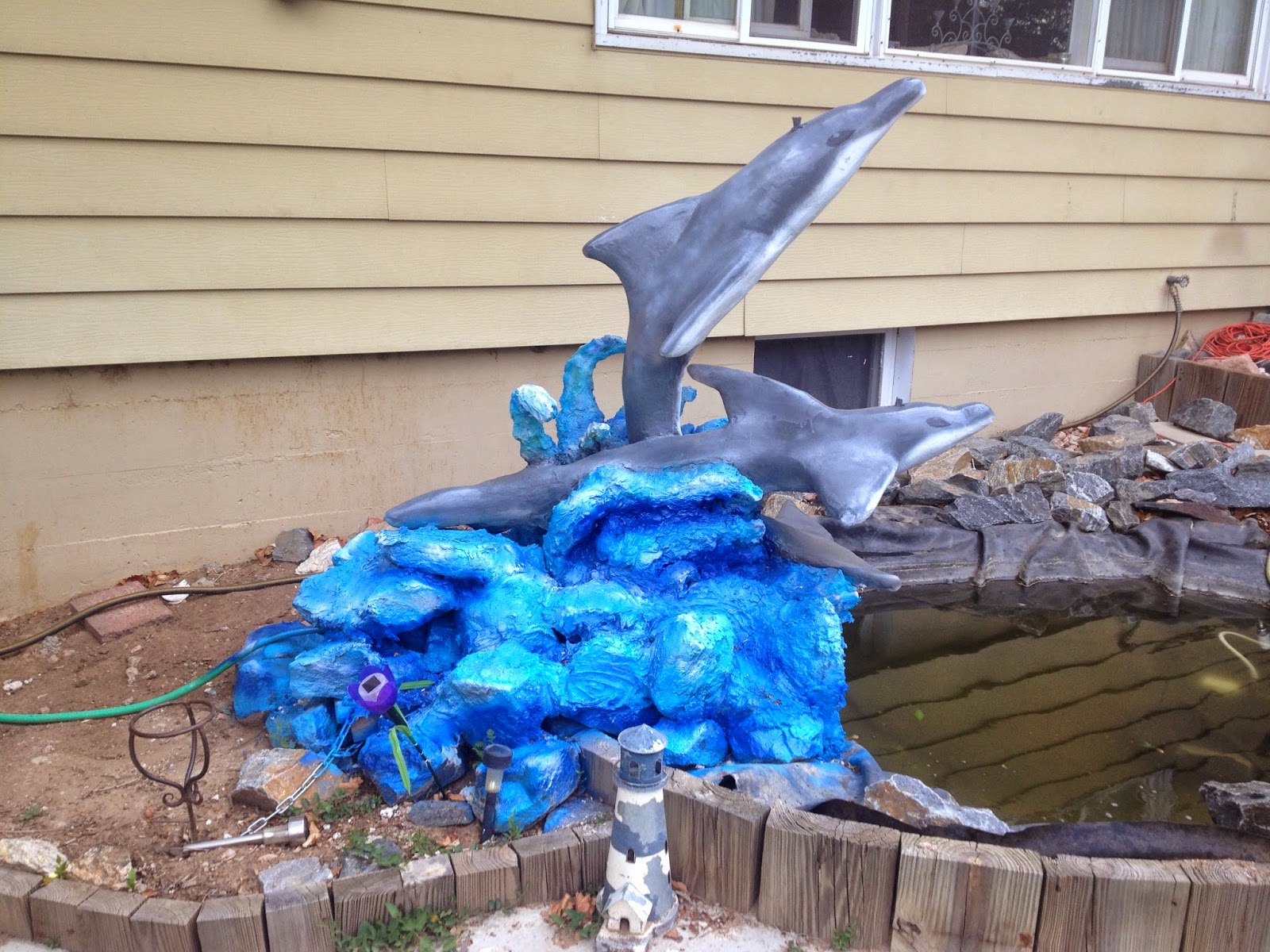 The weather in Denver has been rather thundery and hail filled the past several days. It was with slight trepidation that I took off on my Westward trek this afternoon. I didn't want to miss out on a run, and that desire to go overpowered my desire to avoid getting stuck in a hail storm or being struck by lightning. There was a single bolt of lightning that flashed frighteningly close to me about halfway through my run. The sound of the thunder that followed was deafeningly loud, and I rethought the soundness of my decision at that point, but it was the only lightning I saw the entire run, and thankfully I lived to tell the tale.

Part of why I was so intrigued to go out this afternoon is because I had heard tale of this dolphin statue. My buddy Doug told me that I needed to run to the home of a mutual friend, as this water feature would change my life. It may have been slightly oversold, but then again...it's a huge dolphin statue in the front yard of someone's house. Of course I approve. As I was admiring this front yard monstrosity, a woman came out from inside the house with a look of concern...something I am getting more and more familiar with as I take pictures of things in front of people's houses. I asked for permission to stand on the lawn and take a picture, and permission was granted, so for once, I wasn't sneaking a pic. The woman informed me that her son creates and sells these things and that this one is almost fully operational with water spouting from the dolphins' blow holes. Naturally, I really want to see these in action once they are completed.

I'm glad I went, as in addition to getting this homeowner approved picture, I was able to see my friend Justin and his wife Amanda. In addition, after running a bit over seven miles, I took a short walking break because I was a bit tired, and immediately I was sent a text from another friend of mine named Chip who asked me if I was catching my breath. That was a little odd, but it amused me that the first time I really stopped, immediately someone I know sees me on the side of the road and calls me on it.

The final note from this run that has to be mentioned is that shortly after leaving Justin's house, I crossed paths with a kid who was probably 14 or 15 years old, and dressed like the Artful Dodger. He had the top hat and old timey tie and jacket. He was either an extremely peculiar lad or he was on his way to a dress rehearsal for a community theater production of Oliver Twist. Maybe both. 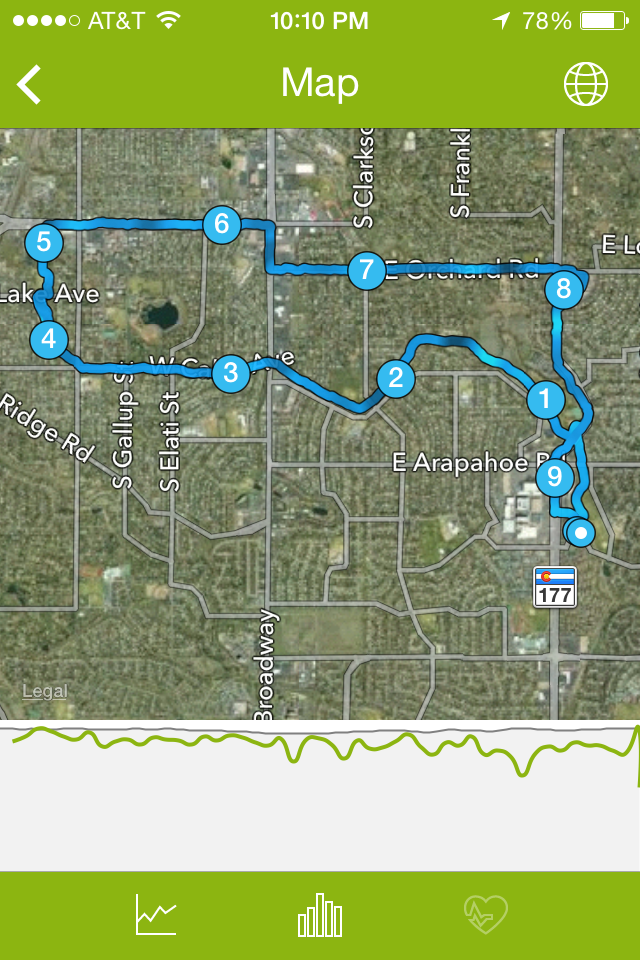