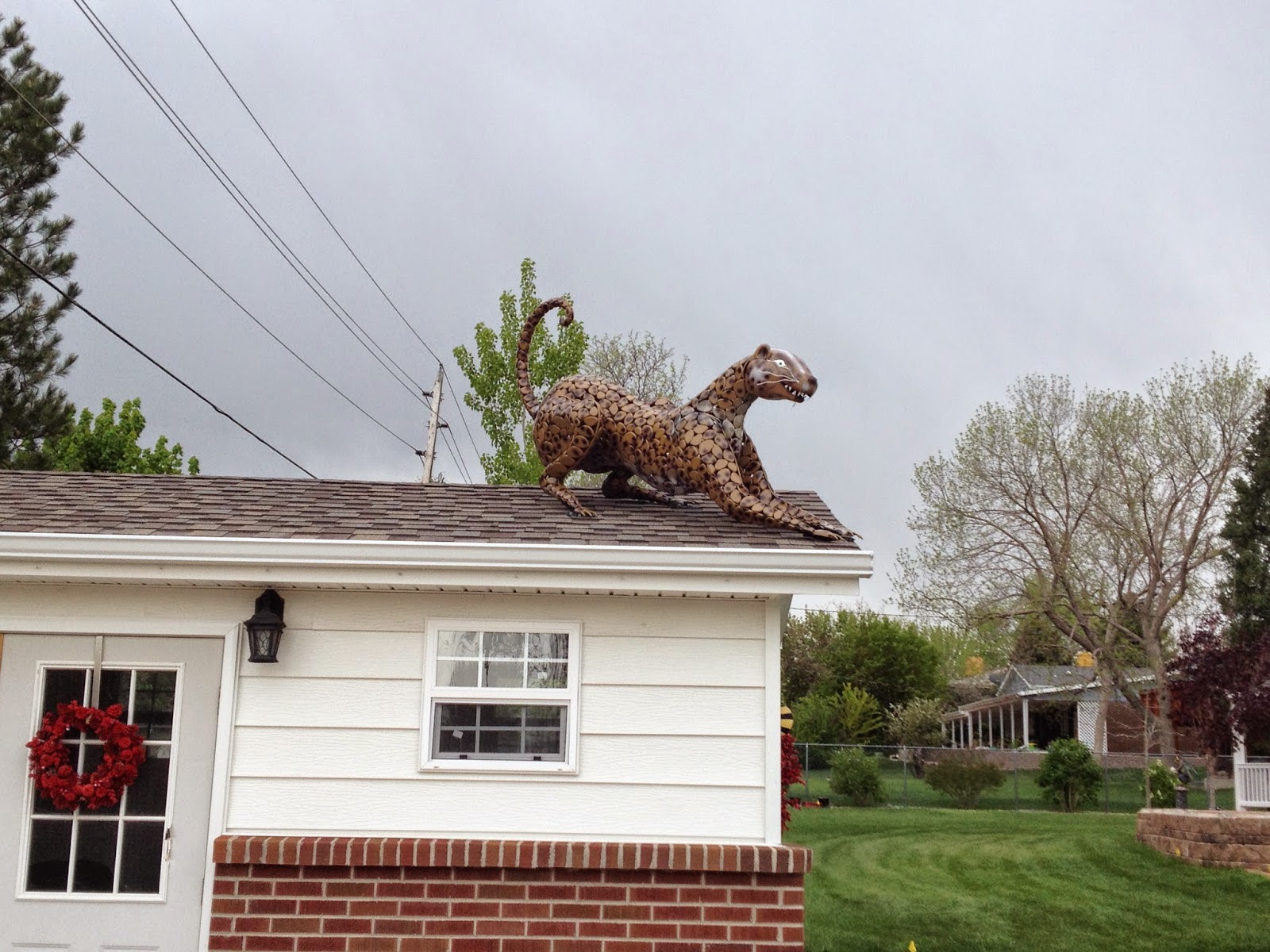 Huffing and puffing along, when suddenly my heart stopped. The predator was upon me, and it had me dead to rights. My only hope was that the big cat had recently made a kill, and lack of hunger would prevent it from pouncing from it's strategically advantaged height. My lesser hope if this first hope failed was that death would be swift. Then I remembered that I was running through a suburban Denver neighborhood, and that very few leopard deaths are attributed to such an activity. The annual leopard deaths in Littleton are statistically negligible at worst.

Egads! Every time I think I've unearthed all the oddness of my neighborhood, I turn down a new street and a leopard is preparing to pounce on me from a shed in a backyard. Set aside the fact that it's a pretty cool statue...what exactly compels one to put up a rather large leopard on the roof of your backyard shed? While I never understand this sort of thing, I always approve of it...so long as it's not MY house. Thank goodness so few of the houses in the places in which I run are bogged down by pesky things like neighborhood covenants. I enjoy when people let their freak flags fly. 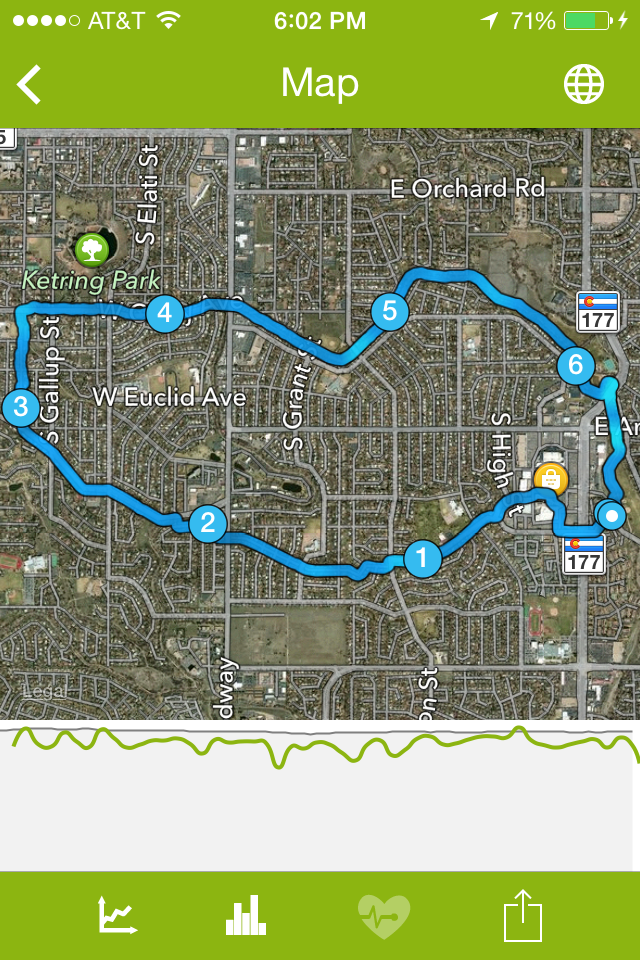