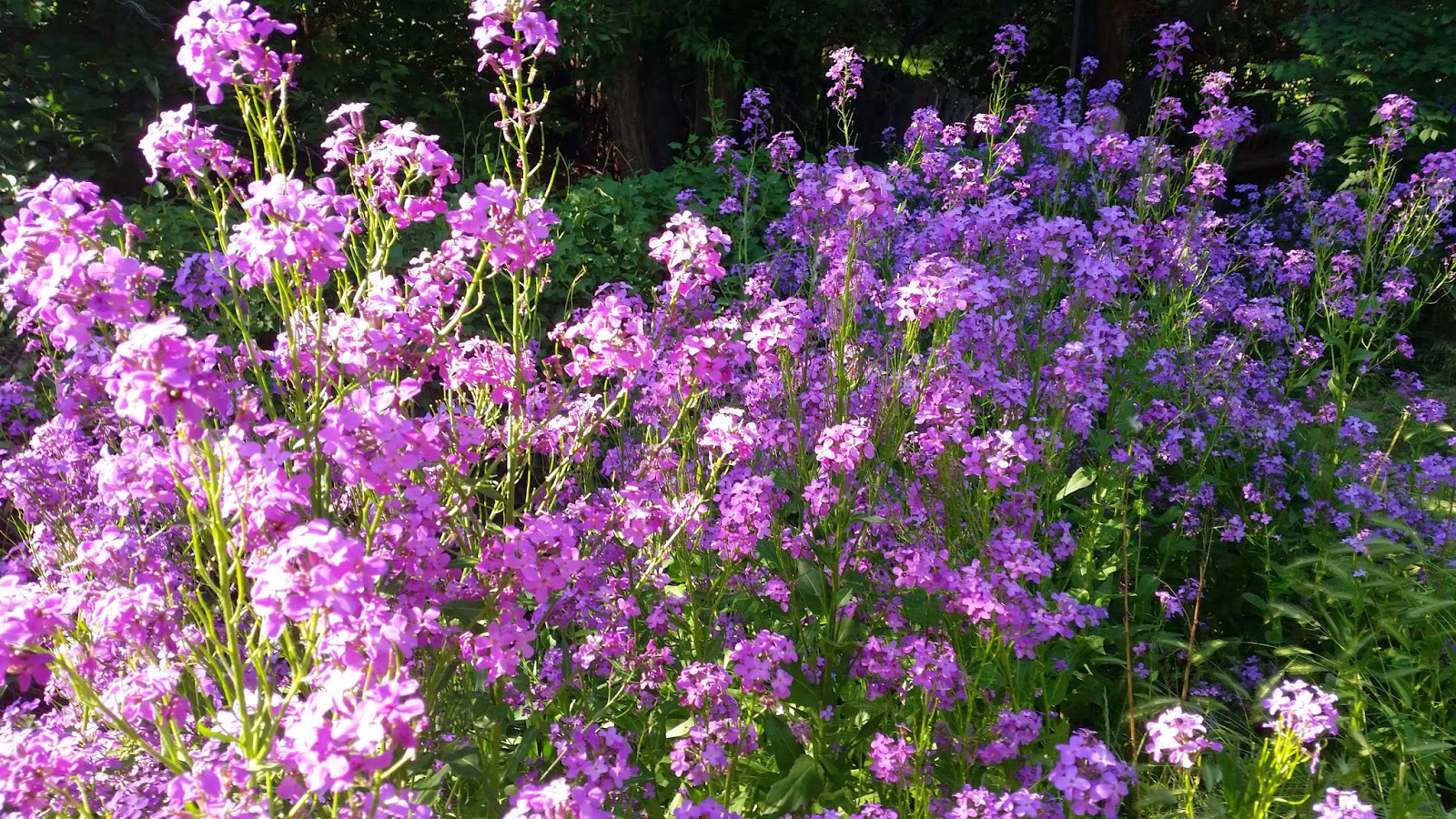 Got a new phone on Thursday night, and rather than just sticking with what I know and going with an iPhone, I got a Samsung Galaxy S5. I have no clue what I'm doing with an Android phone, and it's ginormous, but I'm slowly learning. I spent most of this run feeling a bit wonky, as the things that I'm used to doing with my iPhone work slightly differently on the S5. Although, I must admit that my apprehension eased quite a bit, as the phone did quite well under it's first running test. I particularly enjoyed this pic of some random purple flowers that are loving our wet spring (by Colorado standards.)

I still have another week and a half or so to be able to trade in this phone for a new iPhone if I so choose, but thus far, I think I'm happy with the phone. Learning new things is hard, but it's probably good for you...or so I keep telling myself. At least it appears that if nothing else, this phone is a champ when it comes to running. 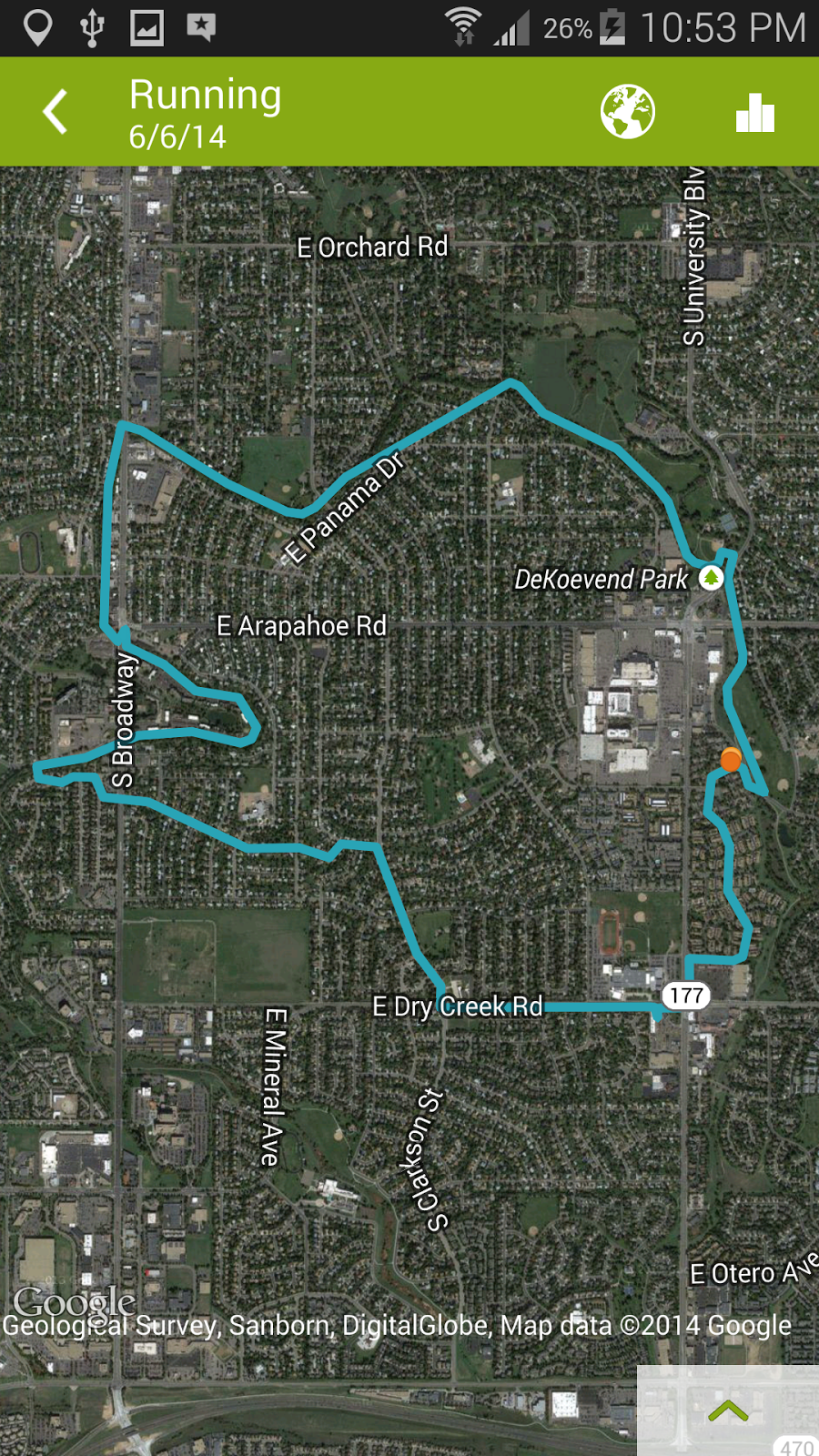