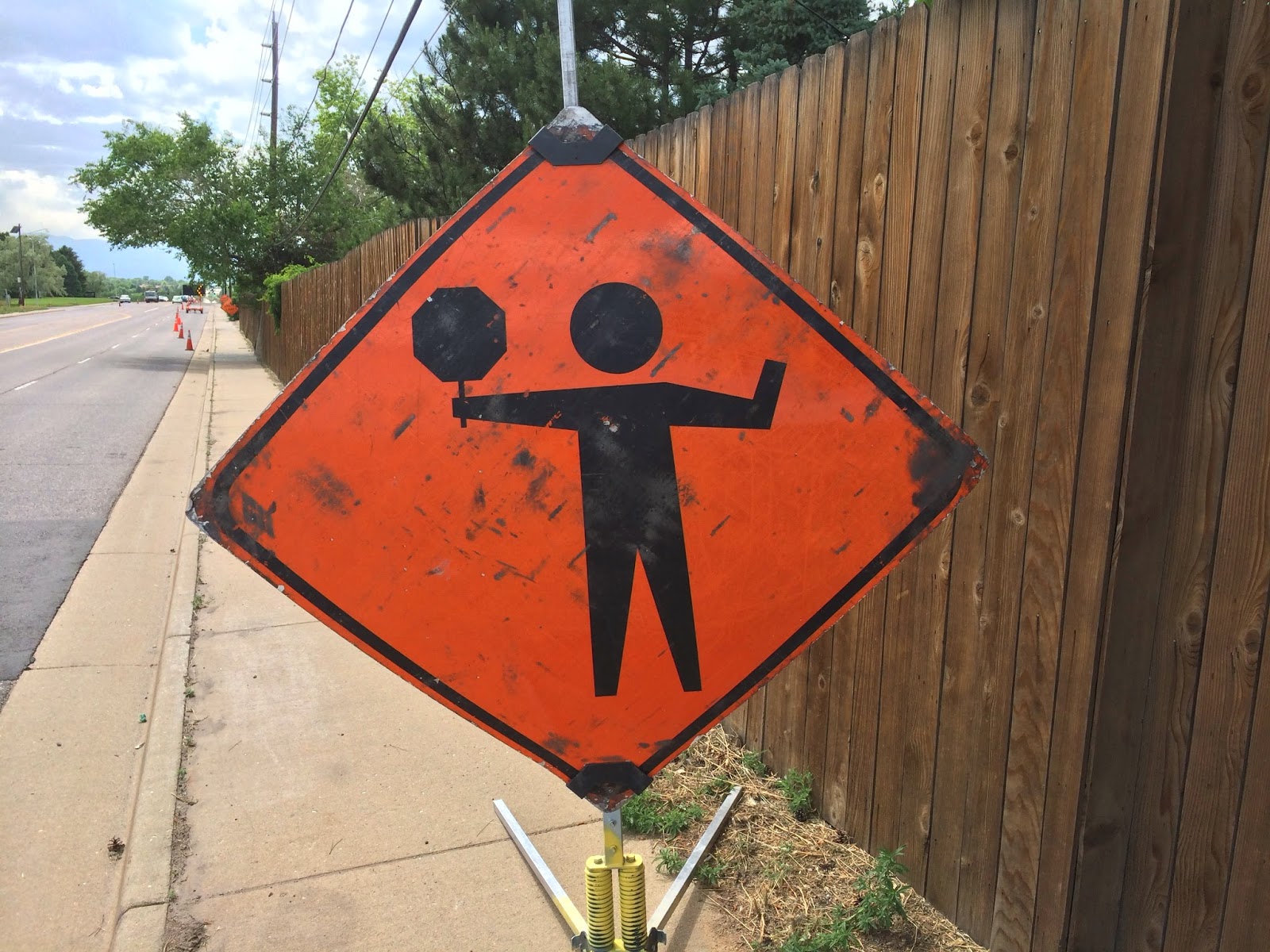 I think that road signs are supposed to be pretty uniform, but then I come across something like this that I have never seen before and I begin to doubt their uniformity. I saw this sign as I was driving home, and I instantly knew what I wanted to take a photo of for today's run. The first thing that popped into my head was, "Caution: Ping Pong Ahead!" I think we should have more road signs that are individualized for situations and have nothing in the way of general road uniformity. I think that the people who hold the slow signs would really let their creative energy flow and we'd come up with all sorts of fantastic new things to see. The one problem might be that there would certainly be a marked increase in profane signage, but you have to take the good with the bad.

I had hope that this run wouldn't reduce me to a hulking sweaty mass, as although the temps were over 80 degrees when I left...there were signs of cloud cover being imminent and potentially even a late Colorado Spring rain. Sadly, neither of these things ever developed in the area I was running in, and by the time I was halfway through the run I was getting pretty sapped from the sun and the heat.

Beyond the amusement of my ping pong sign, I didn't see anything all that interesting on this run. Although this outing was pretty dull as far as anecdotes go, it was comforting and familiar because I had ditched my Samsung phone on Monday for a good old iPhone. There was nothing wrong with the Samsung, it's a good piece of tech, it's just not the phone for me. I enjoyed my run with a phone that felt as comfy as an old shoe and was kind of glad to be back in the Apple fold while running. 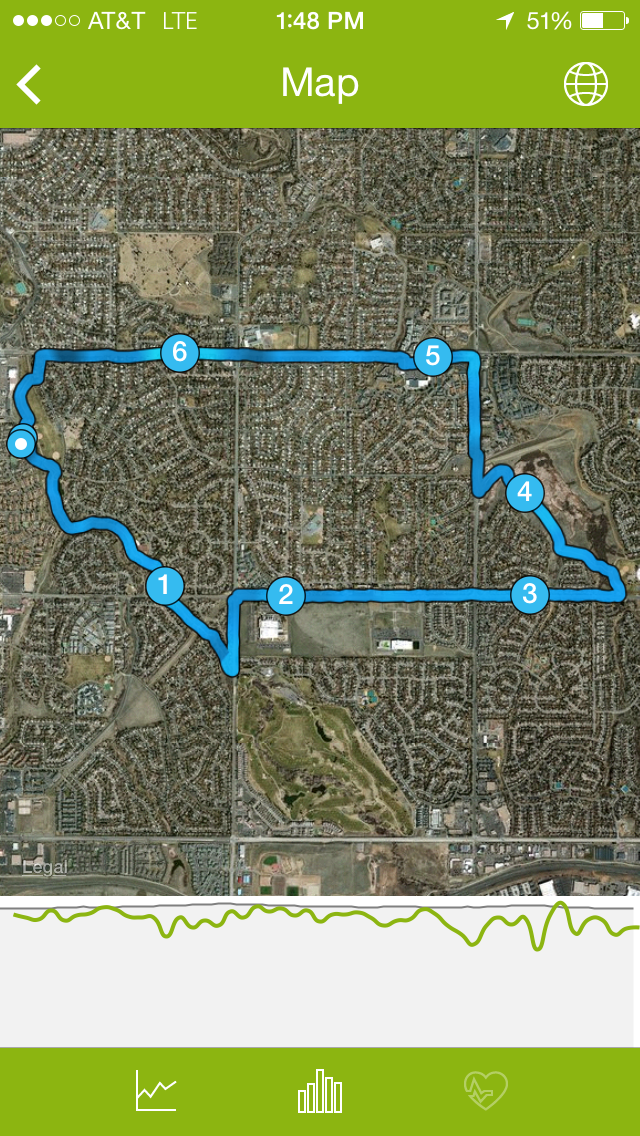