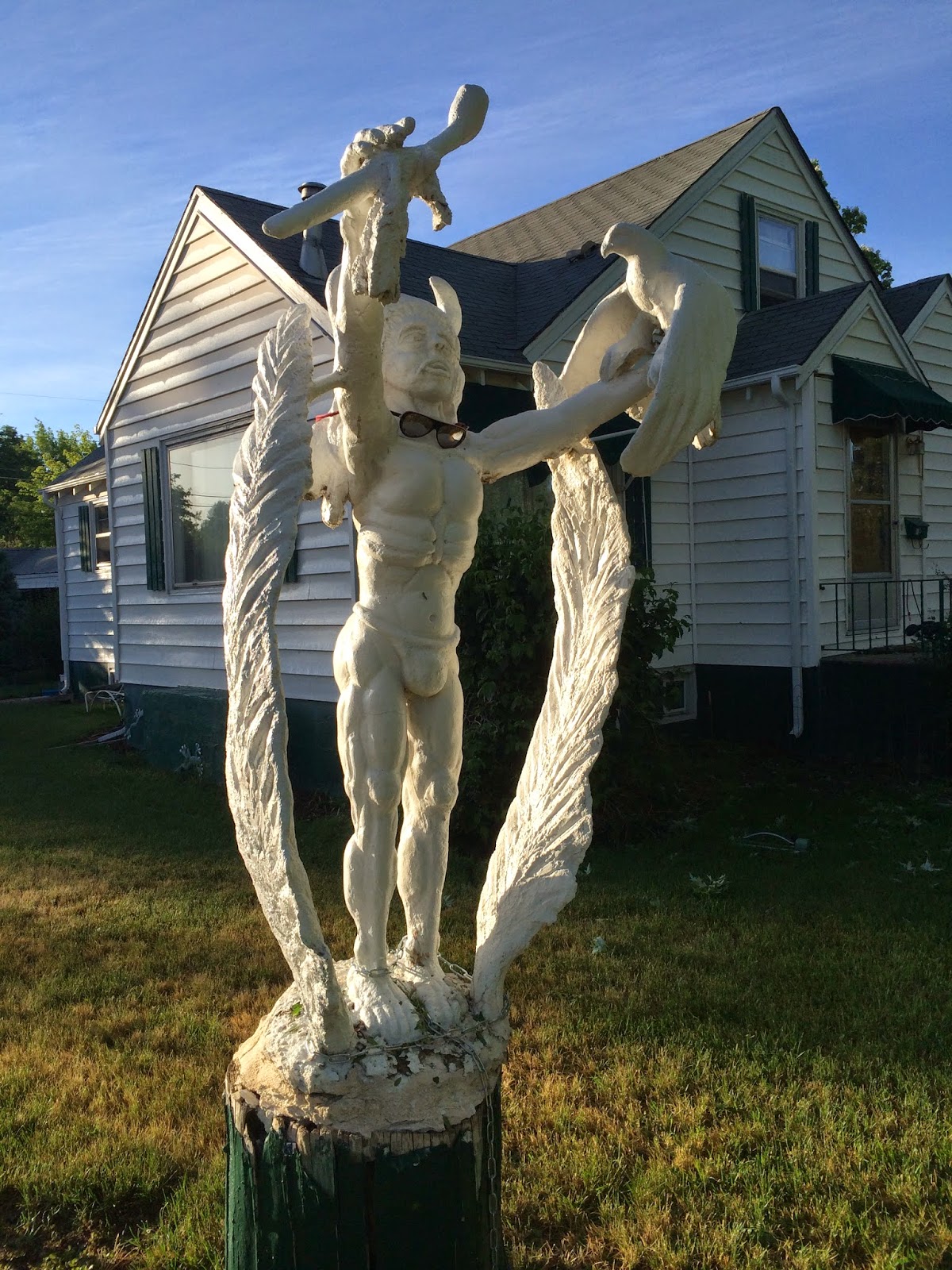 My friend and "odd thing" advance scout Deb told me that I needed to hit up the corner of Forresthill and Powers in Littleton. I'm glad she did, because Sunday morning I decided to make the trek out to that part of town on my run to check out this monstrocity. I think it's supposed to be a Native American, but it's wearing sunglasses around it's neck, so I was thrown off. He appears to be holding an eagle and a tiny golf club and is flanked by wings rising from the ground. He also appears to be growing buffalo horns and his muscles are nothing short of disturbing. Basically, he is everything I look for in a weird item to see on my run...so thanks Deb!

This run began at 5:45 in the morning out of necessity. My son Luke and I were planning on meeting my oldest friend Doug and his daughter Sammy and heading to Denver Comic Con that morning, so if I was going to run, it had to be early. Getting up that early made for a rather chilly start, but seeing as I have been sweating through ungodly heat lately, a little chill was welcome.

This run was a bit longer that I have been going lately, and I was starting to drag a bit at the six mile mark until some runners appeared a bit ahead of me. They were going just a tiny bit slower than I was wanting to go, so they basically gave me a rabbit to chase down. Having someone pace you is a godsend, and it kept me from slacking at all and it brought me through the home stretch at a terrific pace. Nothing like a tiny bit of motivation (in this case being determined to catch and pass these two) to keep one going. I am happy to say that I did catch up to them, said hello, and then passed them as I left the trail. 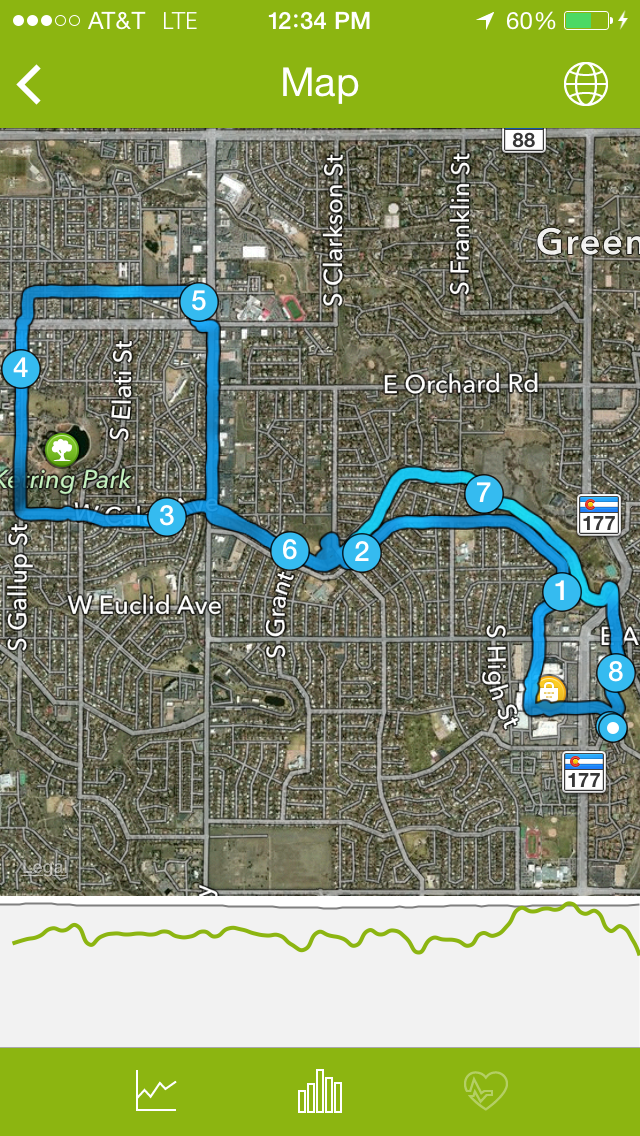