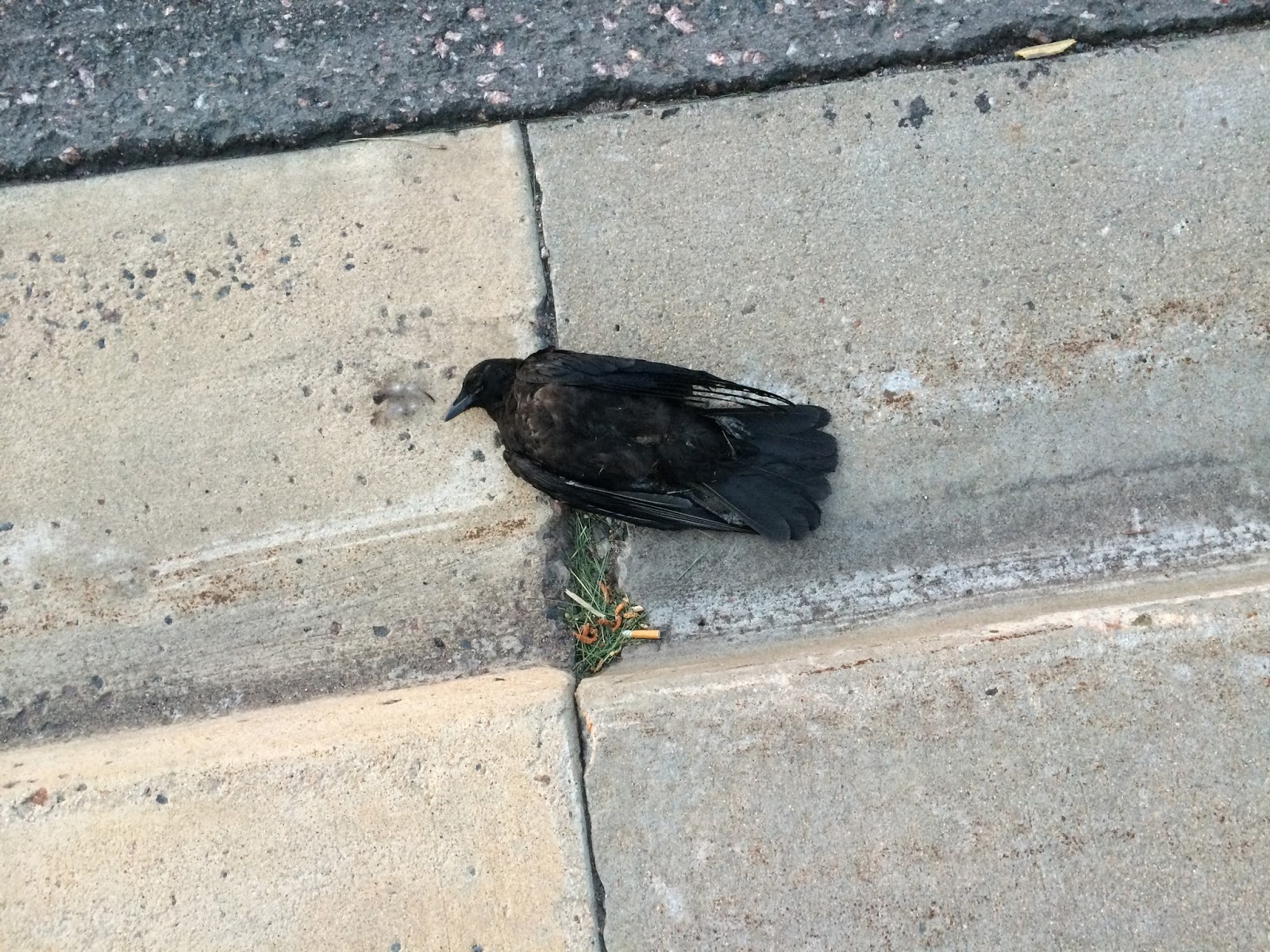 I was running down Mineral, and I saw something one hardly ever sees...A dead bird just lying in the gutter. It looked so black and peaceful. It didn't appear to have suffered any violent trauma, it just looked like it was fine one second and dropped dead the next. No signs of suffering or a fight. Honestly, I could almost be talked into believing that it was just having a little nap in the street if I didn't instinctually know that such an action is utterly unbirdlike behavior.

Seeing that dead thing just lying there, my natural reaction wasn't empathy or sadness...it was curiousity. How did it die? What kind of bird was it? It almost seemed like it could be a crow, but it looked a little small for that. No answers were to be found, just a dead animal lying there. So weird. Animals usually find private out of the way places to die, they don't tend to be found this intact on the side of a busy street. I took a picture of it because of course I took a picture of it. Such a strange thing to see. 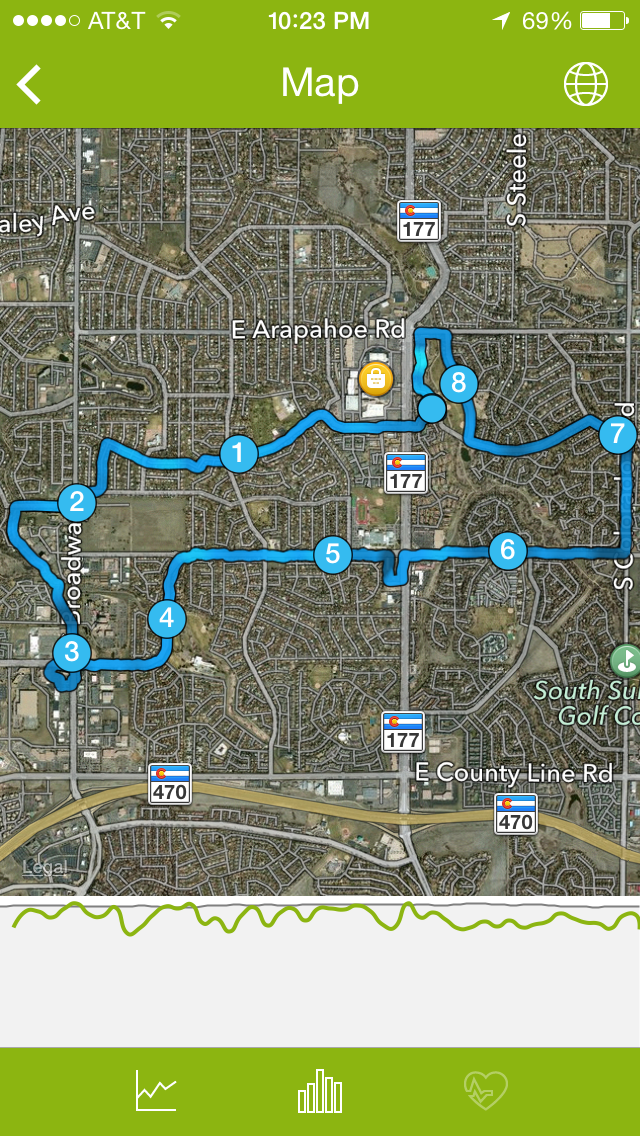