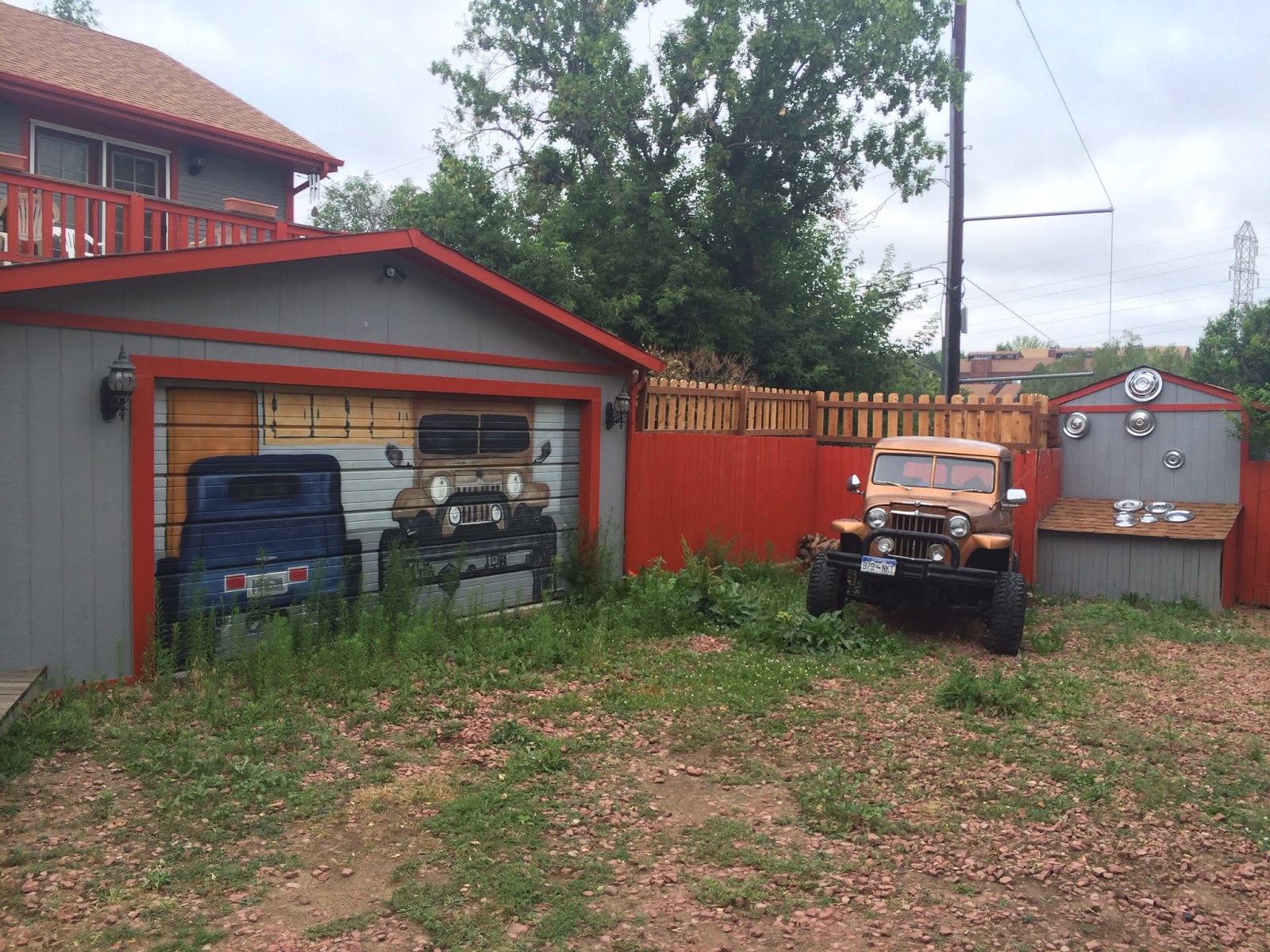 Right off the bat, I'd like to point out that there is a portrait of a Jeep on the garage right next to the Jeep parked off to the side. I'm assuming that this is the same Jeep, as the likeness is incredible. Although not a perfect replica, I believe the differences are due more to a lack of artistic skill in the art of photo realism on the part of the artist than anything else. I have every reason to believe that the artist was staring at this vehicle as he or she drew it on the garage door. I am dying to know if there is a squat little blue car inside the garage as well. Perhaps this art serves a purpose in helping the person who lives there remember which side of the garage to park each of his two vehicles...but then, why is the Jeep in the gravel driveway instead of also in the garage. I have so many questions. Littleton is so weird.

I think it's also important to note that for the entirety of the time that I was standing on this property to take a picture I feared very much that some crazy person would run out at me with a shotgun or perhaps a small cadre of angry large dogs. There was an unmistakable kooky vibe to this home, which extended beyond the fact that there was artwork on the garage door.

I'd also like to note that this home was exceptionally close to the recently featured Dubb's Pub. And that on this run, I also saw the backside of Dubb's which features all sorts of spray painted artwork including a pinup girl, a motorcycle, and the logos nearly all of the professional sports teams in town. While I enjoyed the spray paint art, some of the displays were in better shape than others. The Nuggets logo in particular was in a sad state of affairs, which I suppose matches the state of the Nuggets. Perhaps they were making a statement?

There was one final site on this run which also was nearby to Dubbs, and added to the general weird vibe of this particular section of Littleton. It is a building that looks like an old dance hall. It has a pink and black awning which in no way matches the look of the rest of the building, and upon which is written in bold lettering, "TXT Trance Xtreme Training".

I have no idea what that means, or that anyone is still dropping the "E" from extreme to make it seem simultaneously more and less extreme. I thought that died with 1995, but apparently it's still a thing in the Littleton portion of the neighborhood immediately off South Broadway.

In summary, although I love it, sometimes Littleton weirds me out. 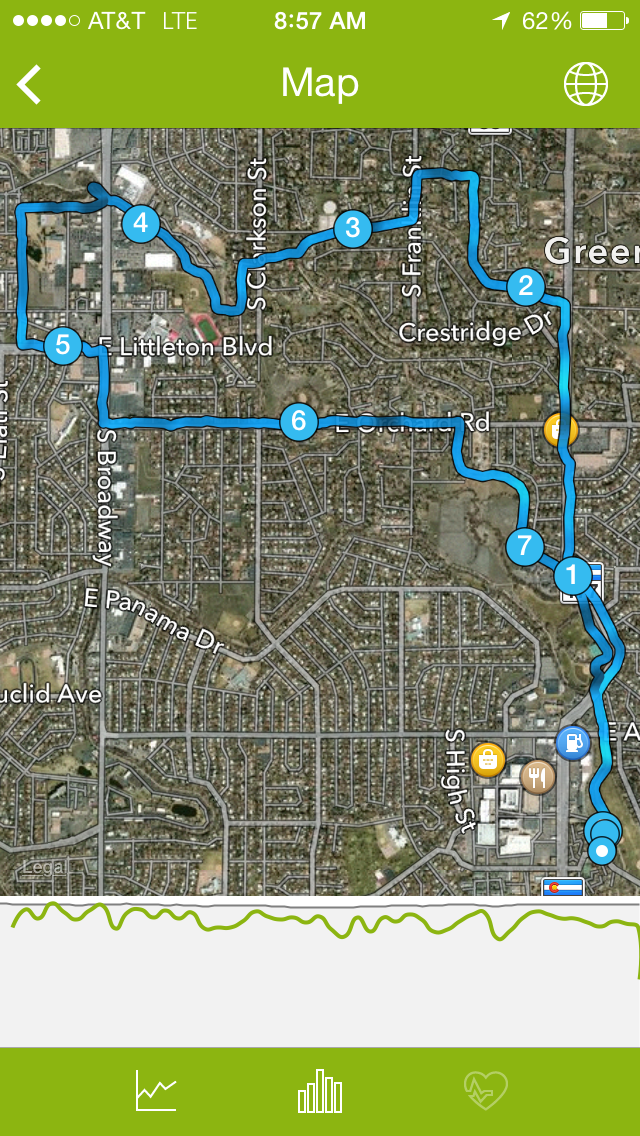