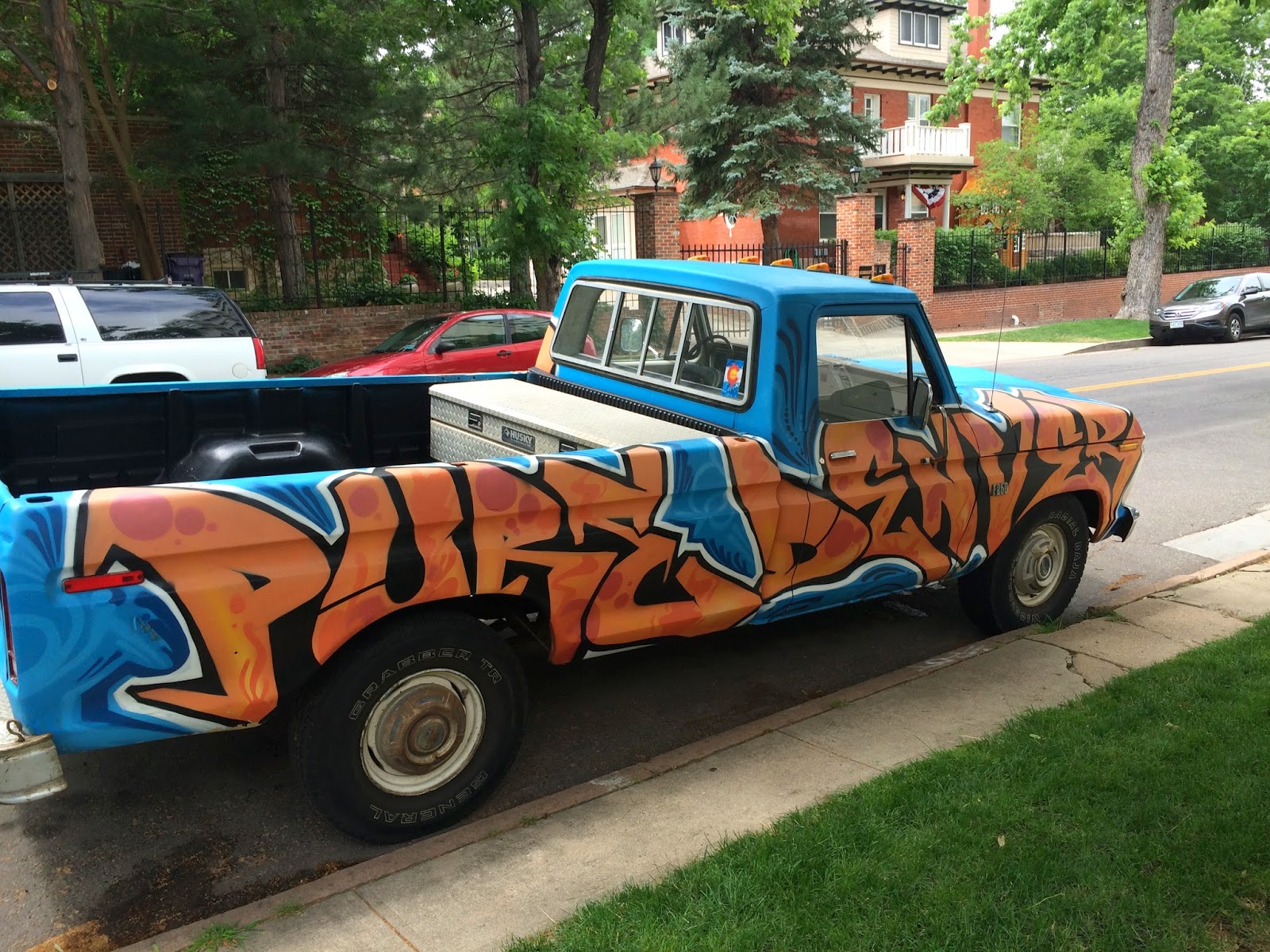 Apparently, this truck is composed of pure, unadulterated Denver. I didn't know that Denver could be distilled down to it's purest form...much less that the shape that form would take would be a gaudy pickup truck, but who am I to fight science? This Denver is as pure as Walter White's meth, and I personally respect the science. I will say this for it...it's got the color scheme right for "Pure Denver" so if it's not 100% pure Denver, at least it's on the right track.

It was a glorious and unusual Saturday morning run. I rarely ever get out for a run on a Saturday, but with the kids in California and my wife at work, I was able to go where ever I wanted with no particular schedule or agenda, so I headed North to Cheesman Park (Home of some of the purest Denver you can find) and then ran around the Cheesman/City Park area. It was a pleasant run that featured all manner of oddness.

First of all, I set what may be a Denver area record for shortest visit to the zoo. I had to pee, and I was right next to the zoo entrance. I have a zoo membership which allows me to go in whenever I like. I walked in, went to the bathroom, looked at two lions, and then left. I was probably in the zoo for less than four minutes total.

I then stumbled upon two interesting events. City Park had an event going down which involved booths that were protected by chain link fences that allowed me to see the vendors and their customers, but kept me from going in to see what was going on. Think of a Farmers Market combined with a minimum security prison and you have some idea of the way it felt. I learned later that this was the "Denver Black Arts Festival" which is named for the African-American artists showing their wares, but sounded more to me like the kind of thing that Harry Potter might fight against. Then came the parade which somehow against all odds had an even better name than the festival: I stumbled into the Boogaloo Parade, which was apparently a part of the Black Arts Festival. It featured muscle cars and marching bands, and it was pretty terrific. I was able to take it in as I ran in the opposite direction on the street effectively putting the parade on Fast Forward.

Perhaps the finest moment of the run was at the very end when I walked into VooDoo doughnuts and procurred a small box of doughnuts from what I believe to be the finest doughnut shop in all the land. I couldn't wait to eat them, so on my drive home, I polished off both the apple fritter and the bacon maple bar, which left me feeling a little doughnut-sick, but mostly happy. Twas a lovely run. 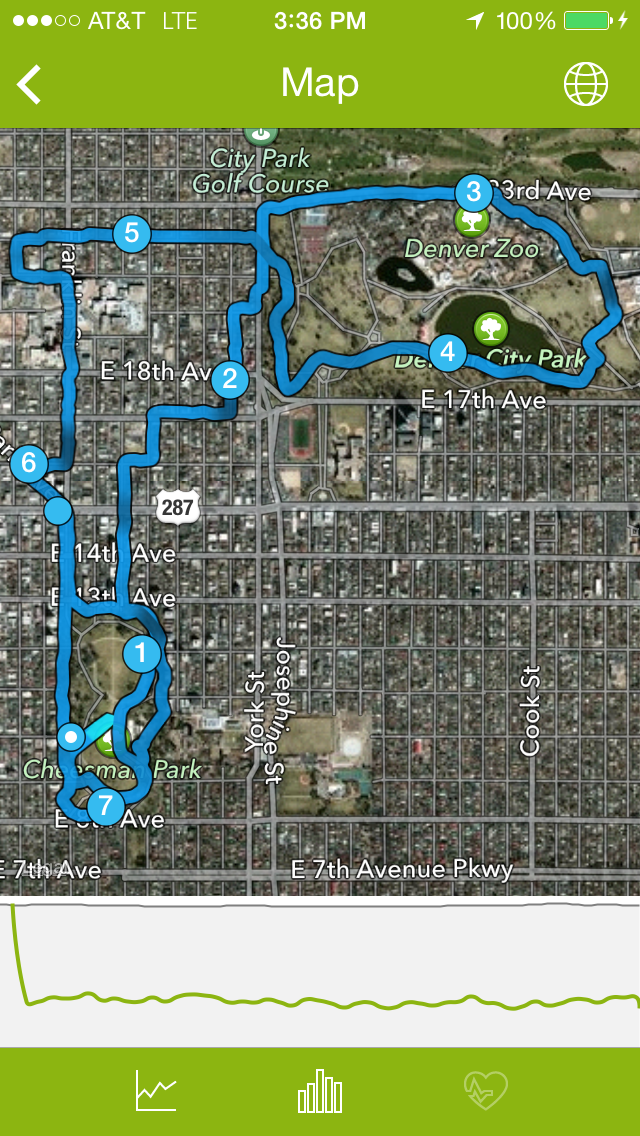