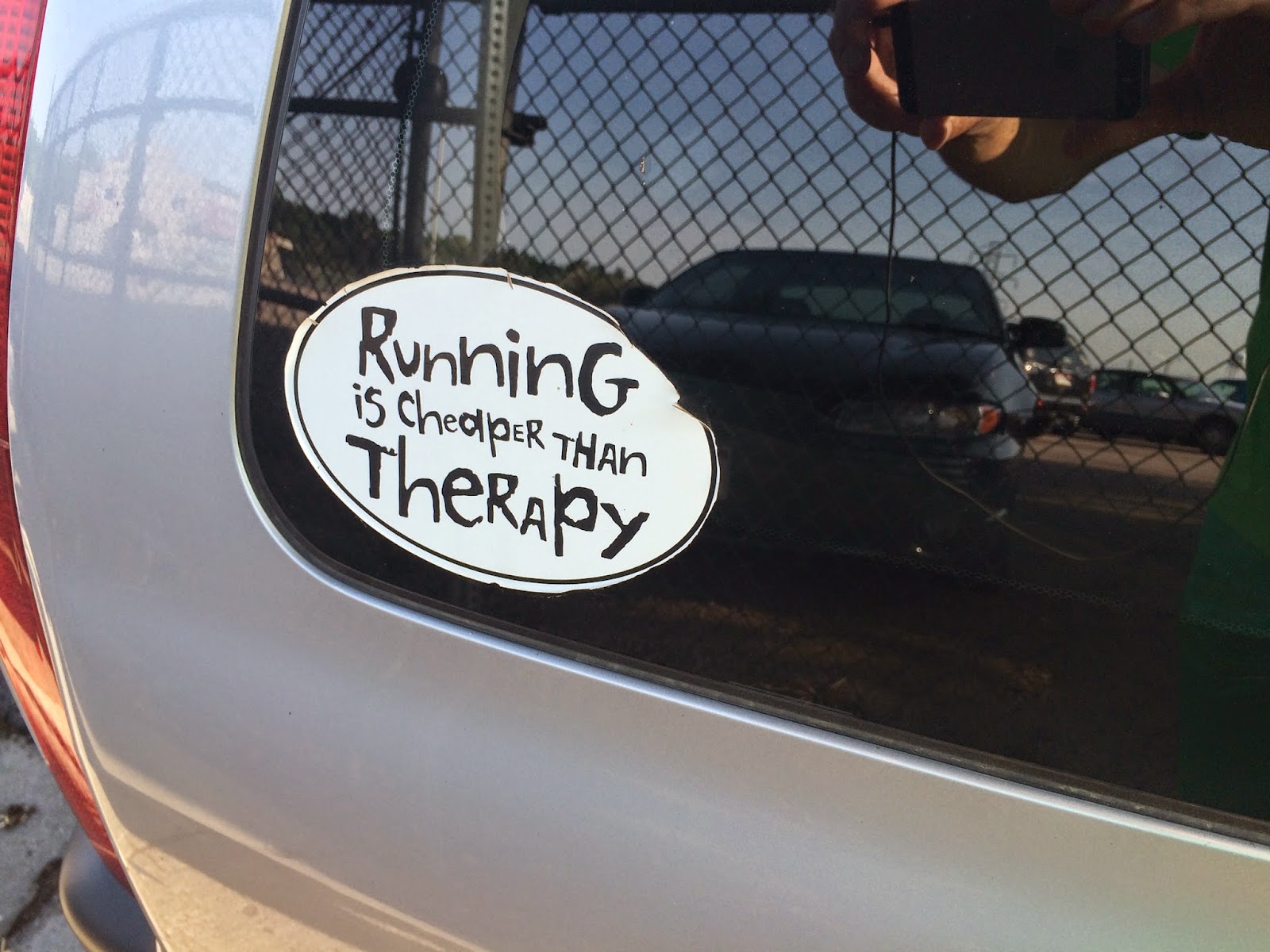 At this point, my kids had been out of town for over a week and my wife had been out of town for four days, and I was a little lonely. I was glad that I could get out for a run, because it gave me something to do, so I went for a long one. For the second run in a row, I saw the guy from post 67, and once again, it was in about the same quarter mile of trail that I have seen him all three times I have crossed his path. I waved hello to him again, and it was good to see him yet again.

I came across a few good things to take a picture of on this run, from some cool old trucks, to a little sporty car with a number 3 in a circle on it, to that same goofy statue from post 110. (By the way, that thing looks no less goofy in the afternoon than it does in the morning.) However, I decided to go with this photo because on this particular run, I do believe I was using running as my therapy. Going out certainly made me feel better, and it was good to get away from the empty house. 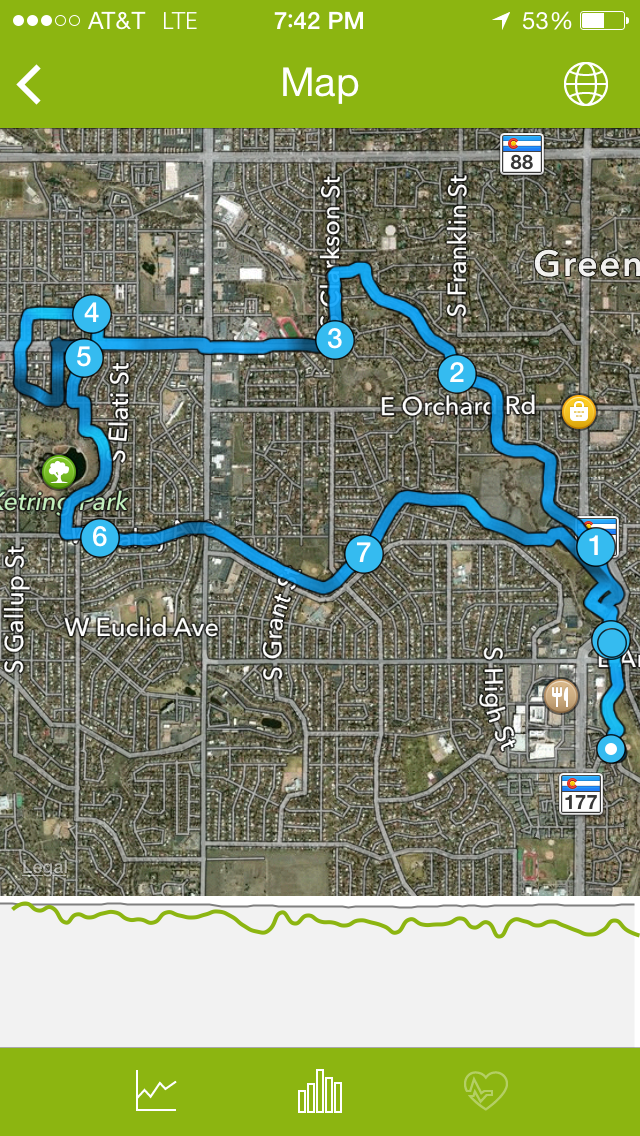