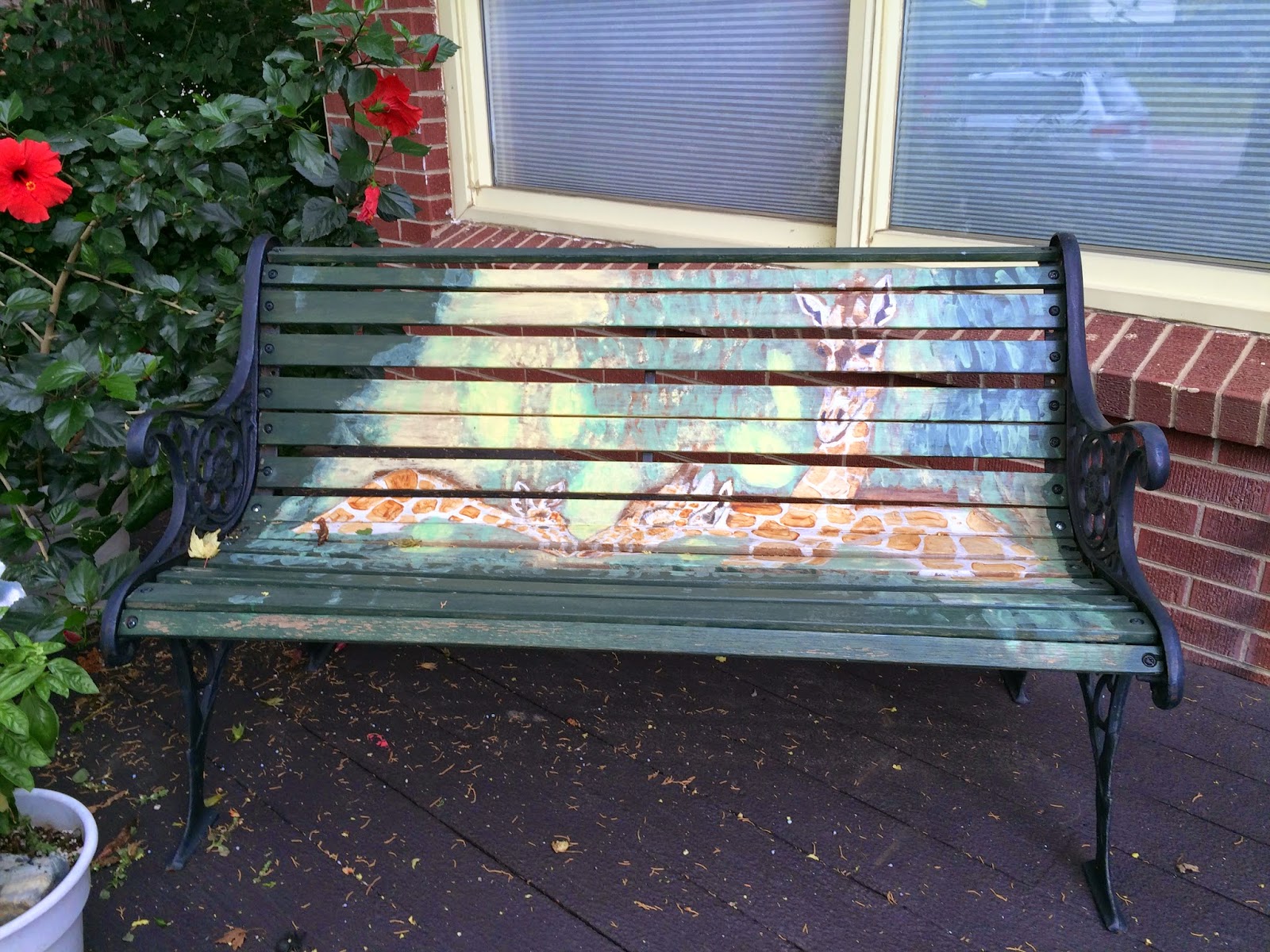 Even though I walked up this person's front lawn and got a very close inspection of this bench...I still can't tell if these giraffes are painted on or were completed using sidewalk chalk. The intricate detail makes me think that it was done with paint to be more lasting and permanent, but something about the look makes me think it was a talented chalk artist.

I think it's more romantic if it's chalk. Something this cool destined to last for only as long as it manages to not rain. The ephemeral nature of the thing lends it coolness that doesn't exist if it is painted on and will slowly fade over years and decades. It's not fine art, but something about a mural of three giraffes existing on slats of a bench is pretty cool to me. I support this person who displays it on their porch. In any event it was more artistic than the goose statue I saw on another porch while on this run or the pair of fawns I saw in another front yard, or especially the goofy tiny burro statue pulling a tiny cart with flower planters that I saw in yet another yard. Yeah...I came across quite a sampling of yard art this outing.

In addition to these glorious works of art, I also visited the world famous East Elementary slides. By world famous what I mean is that my friend Keely told me about them, which I think counts. Keely DOES live in the world, after all. These slides are tall, twisty, and majestic, and I almost went down the tallest of them at about the five mile mark of this run even though I was impossibly sweaty and not accompanied by any minors. I managed to refrain, although I will be bringing my kids to this wondrous playground soon so that they (and more importantly I) can ride the slides. Perhaps I'll get a photo of these cool slides at some point on a run so that the reader can realize the glorious majesty of these playground slides. They're pretty impressive.

I shall now toot my own horn...I went over 100 miles for August on this run, meaning that my goal of running at least 100 miles every month in 2014 is now 2/3rds complete! Feeling pretty good about that one!

One final thing...The map from this run looks like how a second grader might draw a map of the state of Florida. Just a dumb thing I noticed, which is sort of the whole point of this blog, so I thought I'd say something. 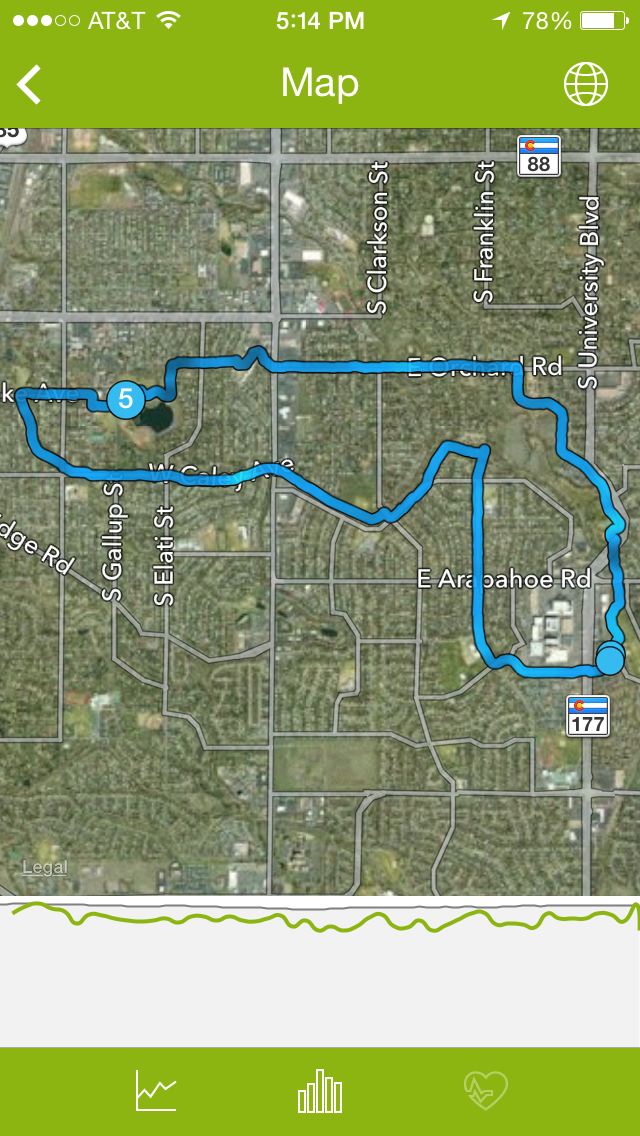