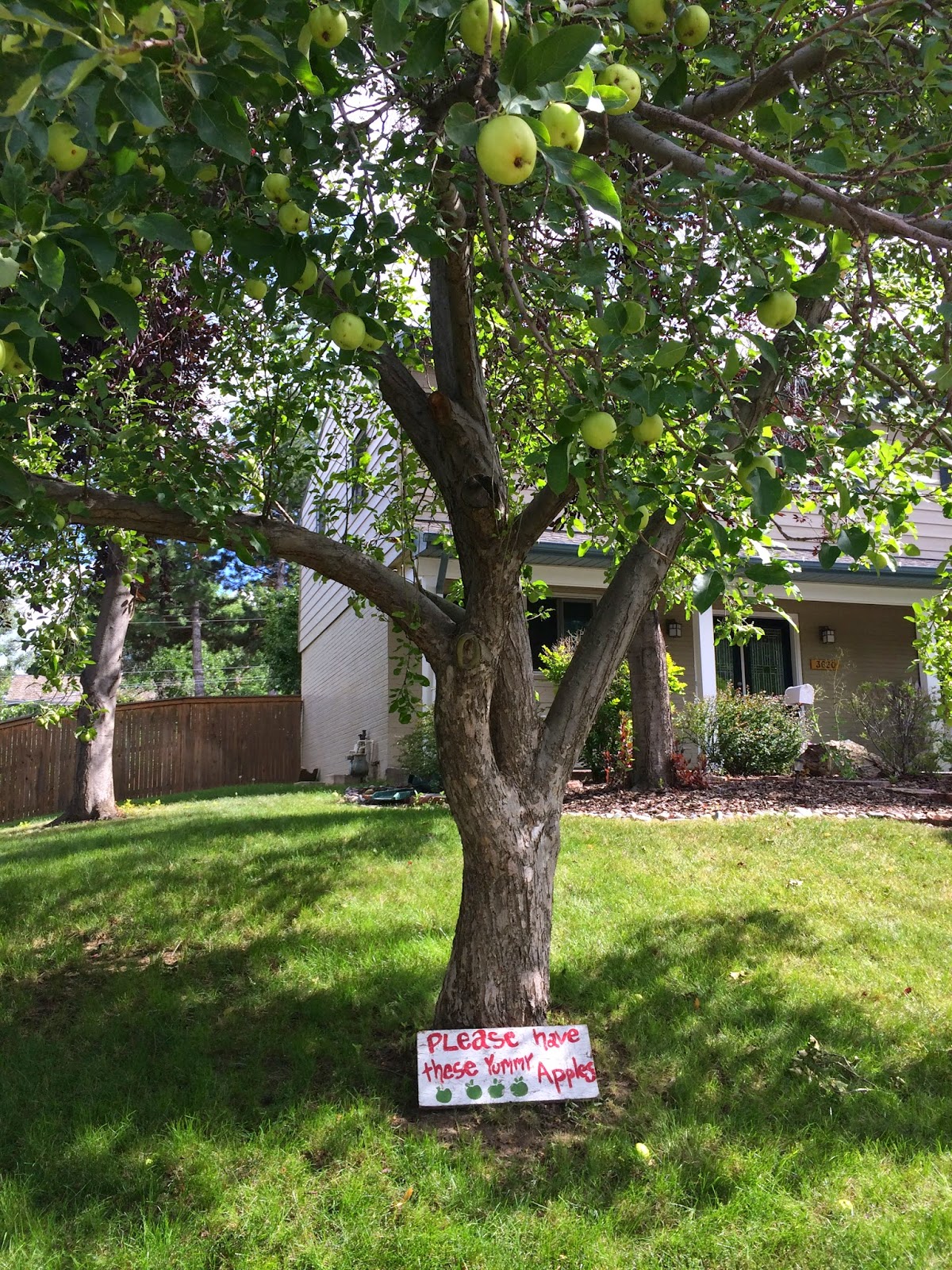 The concept was so good! A neighbor with a tree full of apples graciously putting out a sign inviting folks to eat of the tree. Who doesn't love free food? Here is a tree that is filthy with fruit, and the homeowners were practically begging me to have some.

I'm a big fan of apples, as I tend to eat at least one a day, if not more. I eat them more for the taste and less for the idea of keeping the doctor away, as a daily apple has always felt like an insufficient medical plan to me. Still, as a regular apple eater I feel I have a good handle on what constitutes a "yummy" apple. This tree and sign combination seemed to me a wonderful opportunity.

Although I usually wash apples prior to consumption, I found it unlikely that many pesticides were being used on this particular tree, seeing as how this tree was in a neighbor's front yard rather than in a commercial orchard, so I decided to go for it. I plucked the most perfect apple I could find, took a few photos of it, then immediately took a bite from a fruit that had only moments earlier been growing from the tree.

This moment is when the good times ended with the free yummy apple experiment. Turns out that the people who crusade for truth in advertising might have a case on their hands in regards to this yummy apple sign. The apple was uncomfortably tart, not overly juicy, and mostly disgusting. Perhaps, as an apple snob, I am being overly harsh, but one bite of this fruit was sufficient to disinterest me in continued munching. I threw the rest away in sadness at an opportunity gone sour (literally) and continued on my run. The dream of friendly tasty community fruit had died a sad death. I still appreciate how warm and welcoming this unknown neighbor is in regard to giving away from the bounty of their tree...unfortunately that bounty is repugnant. 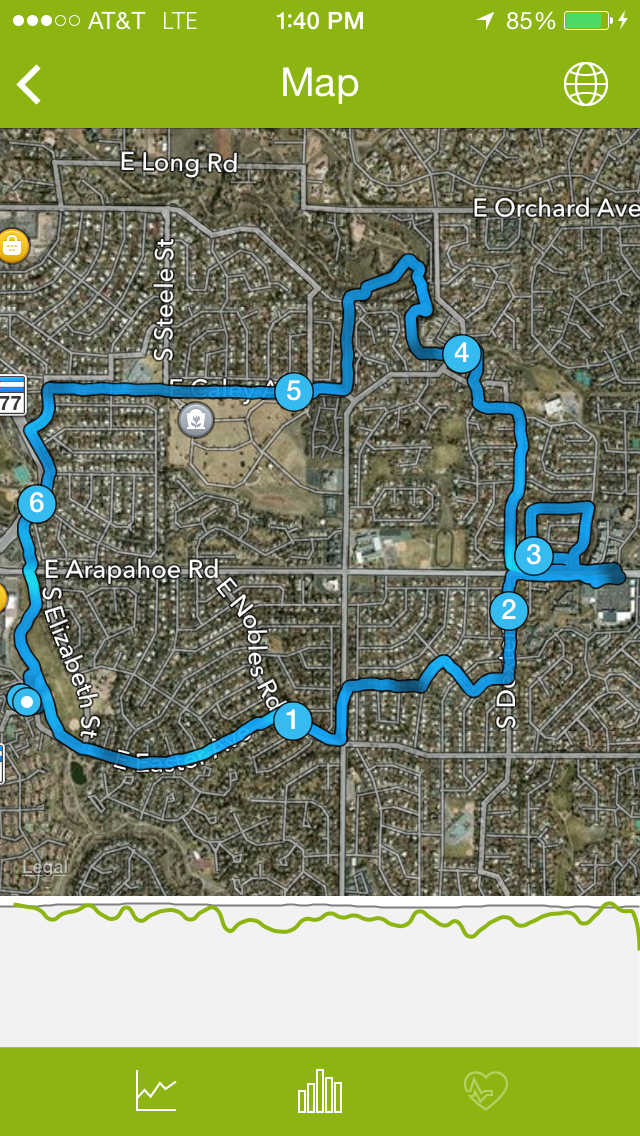