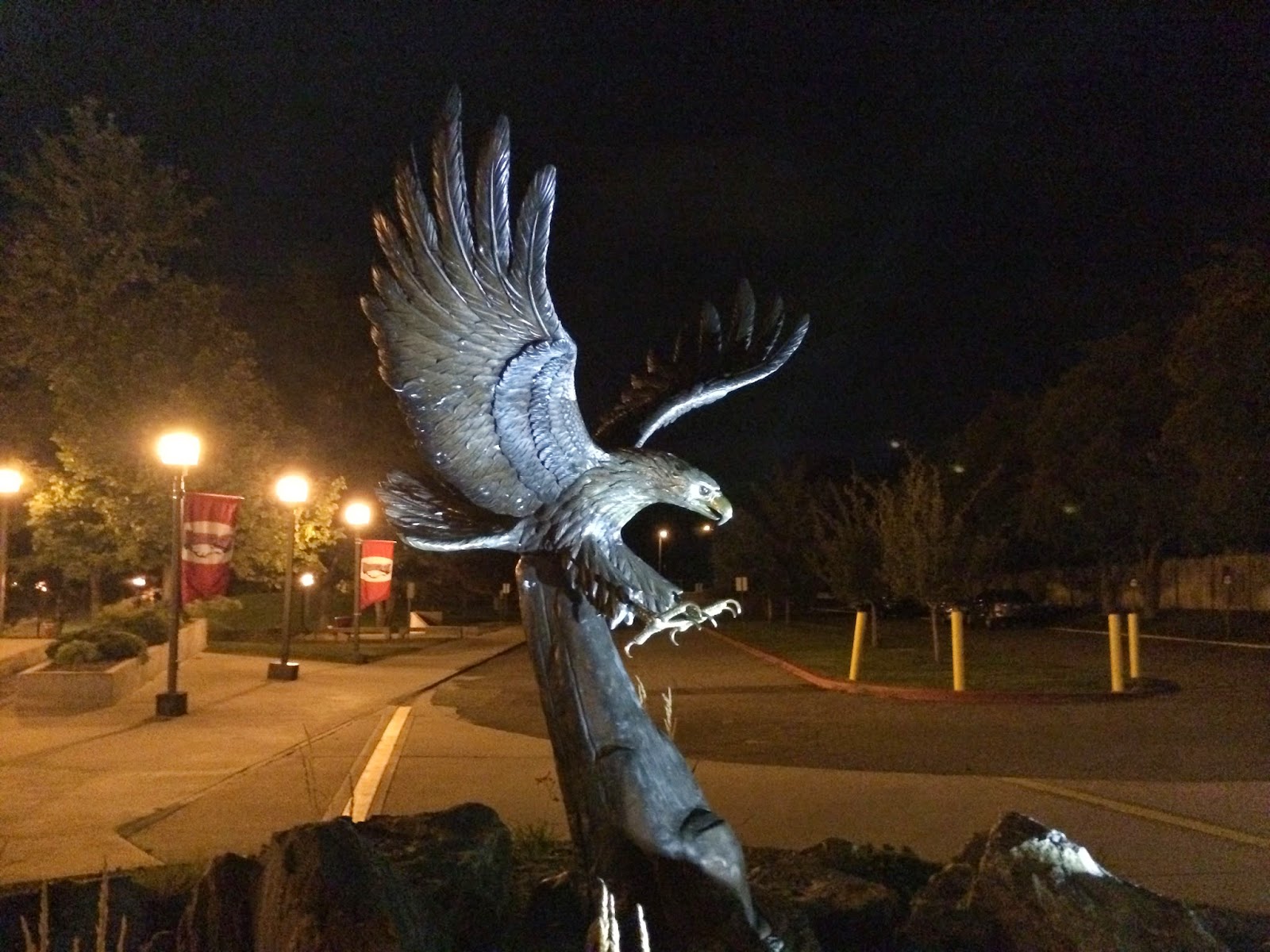 I am aware how weird it is to be running outdoors at 10:30 at night. I'm also aware that there are other weirdos/creatures of the night that are sharing the streets with me as I do so. Due to the darkness and the fact that I am moving faster than the average pedestrian I have a tendency to sneak up on people late at night and suddenly be right upon them. I believe that to suddenly have a six foot three person immediately in your vicinity and running towards you when you didn't see them coming could potentially be unnerving. Basically, I believe that when I run at night, I regularly freak people out.

I created one of these freakout situations Tuesday night, as I was running right by the High School shown in the picture above. (Heritage High School, if you care.) I approached the main campus from the large athletic field west of the school building. That field was completely dark on this particular evening, so my approach was undetected. Suddenly, I burst from the athletic field onto the quad where what appeared to be a young High School student was standing looking out into the parking lot, apparently waiting for a ride. She turned to look in my direction and saw me rapidly approaching her. No one else was nearby, and as you can see from the photo...this particular school is a little creepy looking at night. A look of panic gripped her face and she stood motionless like a deer pondering an oncoming truck. Just like that deer, you could tell that she wanted to flee, but her terror prevented her from doing anything other than standing perfectly still directly in the path on the oncoming horror.

Fortunately for this girl, I had no evil intent in my heart, and I ran right past her and on towards the eagle statue in the courtyard which was well lit and was the first and only good thing I saw of which to take a picture for the blog on this dark night run. I wonder what went through her mind during this particular set of events. At first, it appeared that she thought her doom was imminent, and then less than a minute later, the likely cause of her impending death was taking cell phone pictures of the scenery late at night like a weirdo. I'm sorry, young lady, I never intended my weirdness to freak you out. Hope you're recovering well today. Night runs can lead to some weird situations. 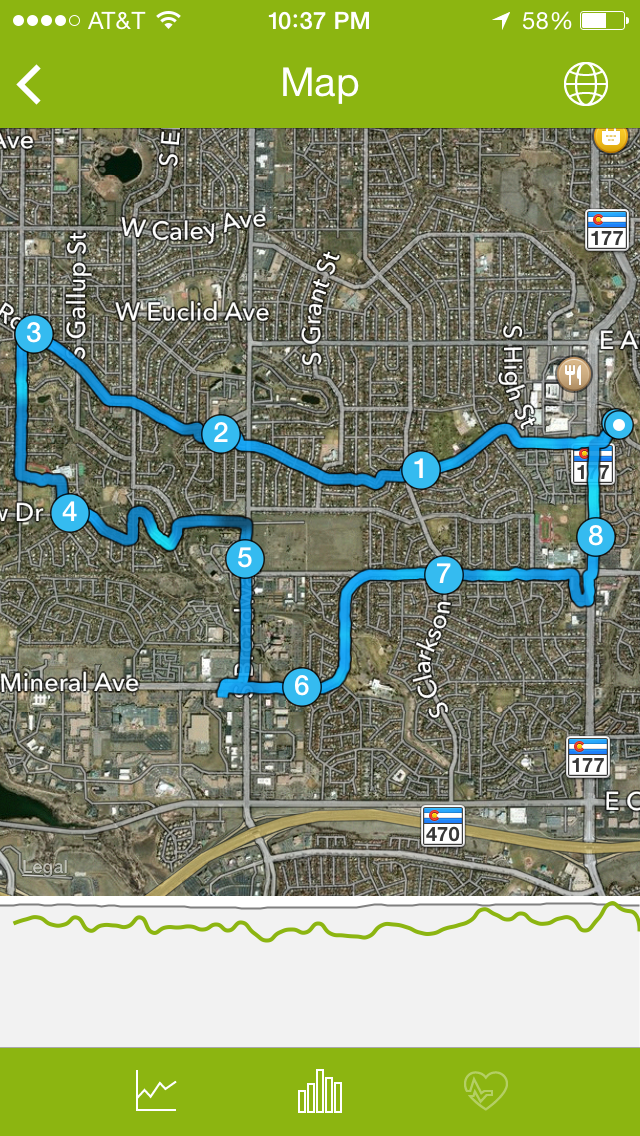