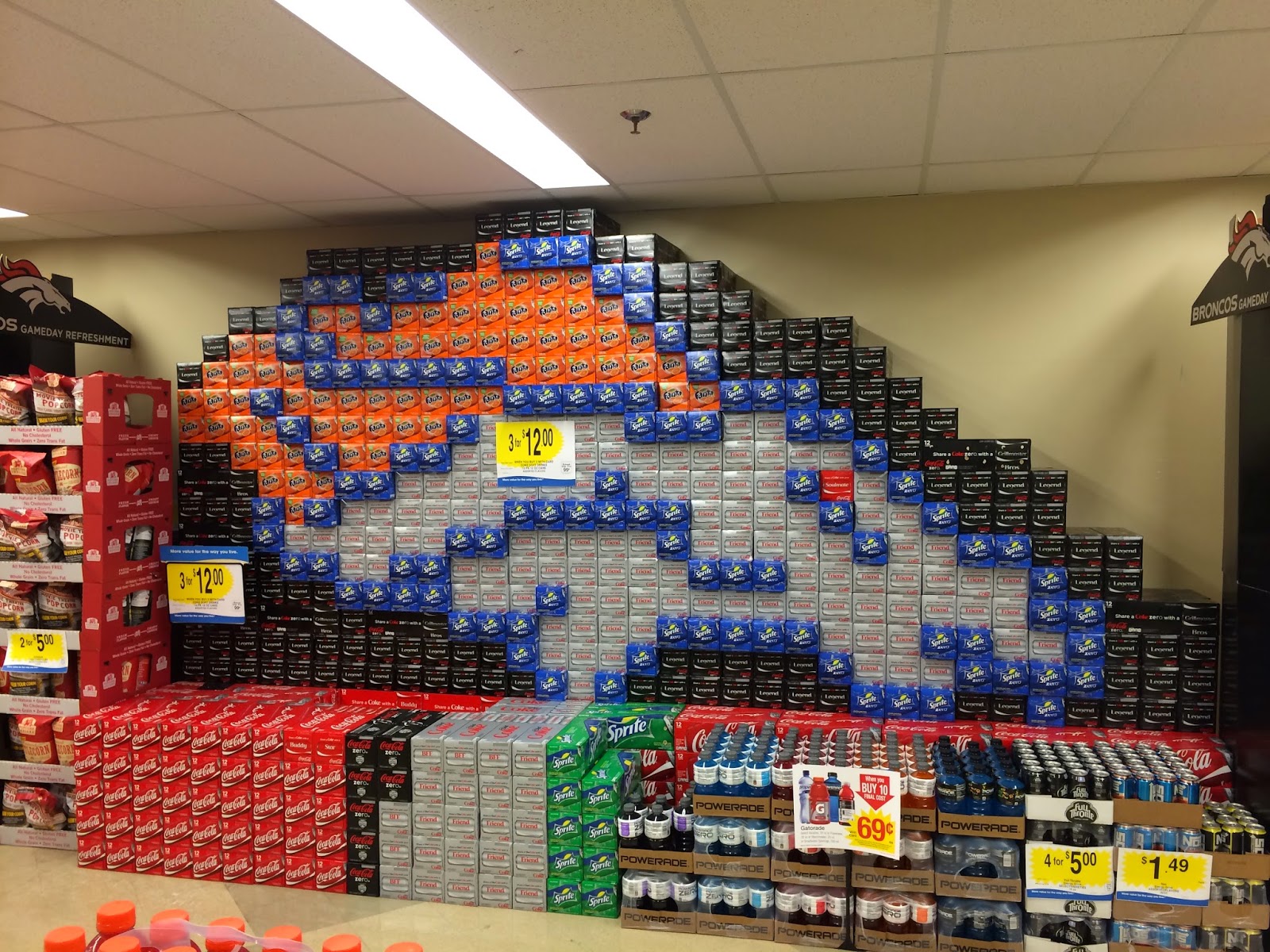 I had to resort to the unusual tactic of using an indoor subject for my photo today. This rare event is a combination of not finding anything good to shoot outdoors while running at night combined with the fact that this is a pretty epic grouping of soda can boxes. I feel like this should still count as something seen on my run, as I had stopped into the local grocery store for a drink from the water fountain and saw this, so it was still technically "On my run." Plus, if someone is going to the trouble to recreate the Broncos logo with Coke products, I feel obligated to post a photo of the result those efforts. One minor bit of constructive criticism would be to use an orange Fanta box for the Bronco eye rather than a red Coke box, but I feel like I'm picking nits at that point. This picture was easily better than anything else I found outdoors this night the highlights of which included a pithy saying on a Chiropractor sign and a Sears sign with the "R" burned out so that it looked like it read "Sea s".

I had intended to go a short distance on this outing and then rest a few days prior to the Broncos 7K race, which will be the next post on this blog and (not-coincidentally) my next run. Then I ended up going eight miles which just goes to prove I'm not always so good at reigning myself in.

This run turned into a night run because it was raining heavily all afternoon, and I really wasn't in the mood to get soaked on my run. Ironically enough, towards the end of this run I was running down a dark sidewalk and plunged my left foot into a deep puddle which ended up splashing my entire leg and soaking my sock and shoe. I ended up with that squishy sock feeling for the final mile and a half, which is what I had been trying to avoid by not going in the afternoon. Stupid puddles. 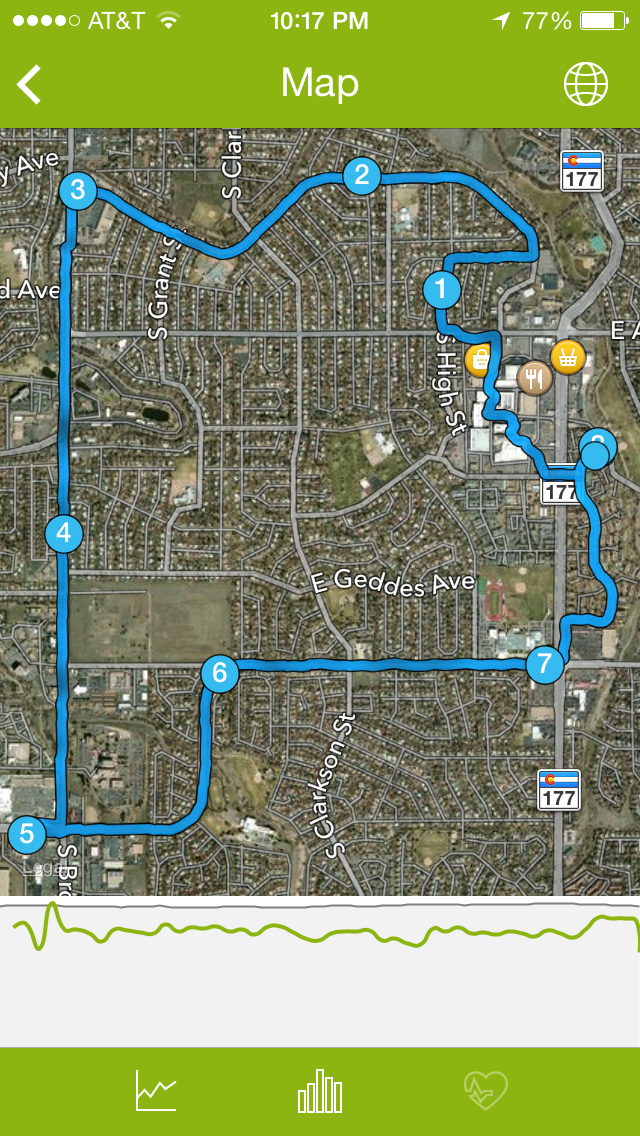