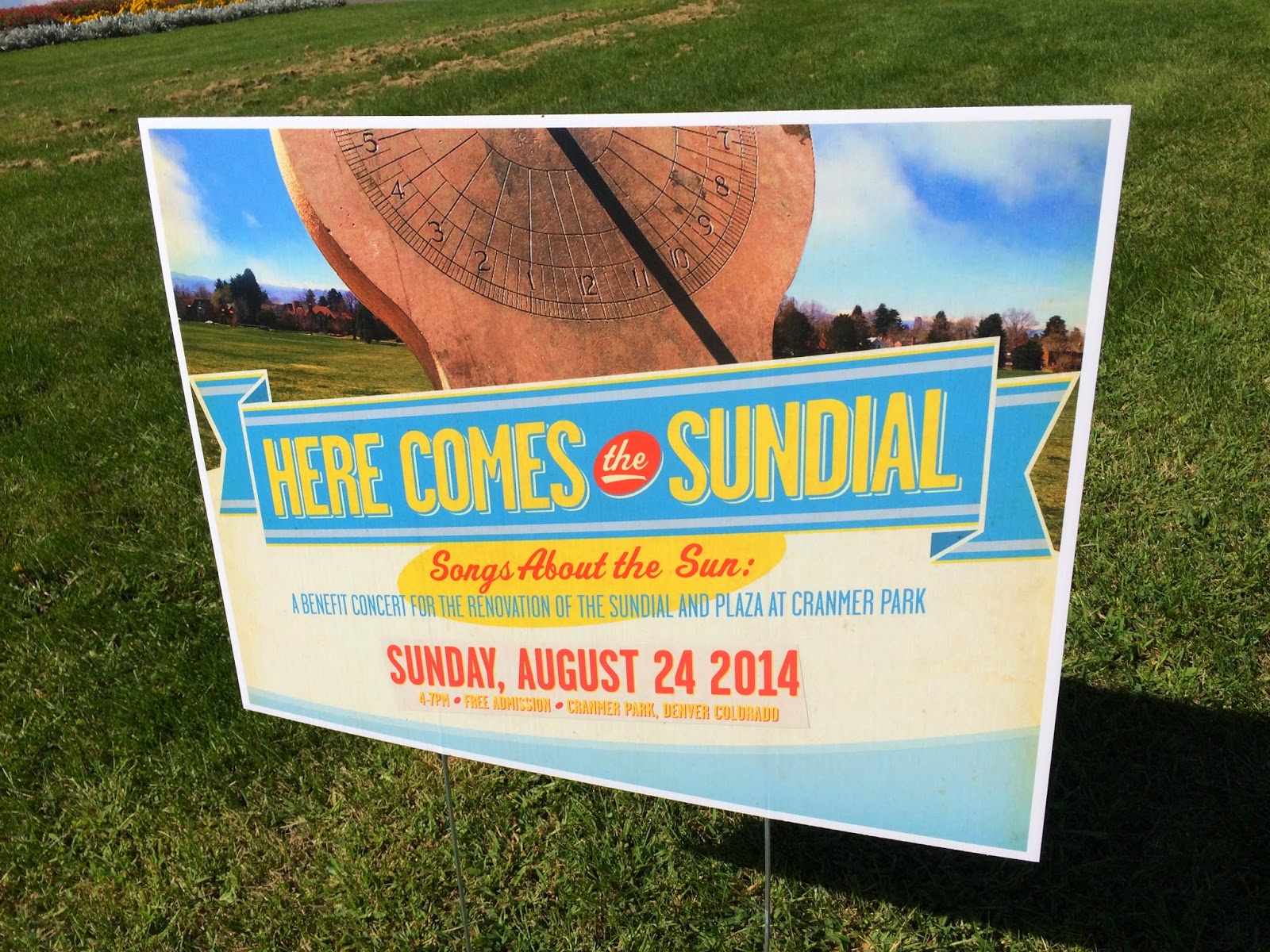 I'm still dumbfounded that anyone would ever name anything "Here Comes the Sundial". Sundials as a rule are rather stationary. I understand that it's a benefit concert to raise funds to renovate the park's sundial, and I understand that the title of this concert is a play on words making reference to the Beatles "Here Comes the Sun" while also referencing the fact that it's to make money for the sundial...still, the title of this concert makes it sound like the sundial is stalking you and the concert's title is a warning to watch out before it's too late and the sundial pounces. Sort of a surprised and alarmed shout of, "Watch Out! Here Comes the Sundial!" Maybe I'm thinking this one out too much, I do that sometimes.

It was a beautiful day in the Cherry Creek area and my final Sunday training run in front of next Sunday's Broncos 7K Run which looks likely be chronicled in this blog as Post #150. A fitting significant run for a nice round number. I parked in the Cherry Creek Mall parking lot for this one, and then ran all around some extravagant neighborhoods with enormous trees and houses that look like castles. It's probably pretty nice to live in one of those mansions, but then again, it's also a lot more vacuuming. I'm happy to just run through, and harbor no resentments against the castle dwellers...makes for interesting scenery on the run and I'm not really into class warfare. I'm perfectly happy in my townhome, I really am.

It was a pretty nice day, even if it was a little morose. It was only morose because I was listening to the Film Vault and they were doing their Top 5 Robin Williams movies to honor the recently deceased comedian/actor. Robin's death bothered me more than I ever imagined it would, so I was a little more sad than usual as I listened, even as I was on a gorgeous run. Most egregiously, Anderson and Bryan didn't list Robin Williams' performance as Adrian Cronauer from Good Morning Vietnam...which is one of my favorites. They also didn't list Dead Poets Society, so I think they were being overly hipster in their selections. I mean, Anderson picked Popeye for crying out loud. Just terrible.

So, to recap: Just say no to class warfare, Just say yes to Good Morning Vietnam, and watch out for sundials. 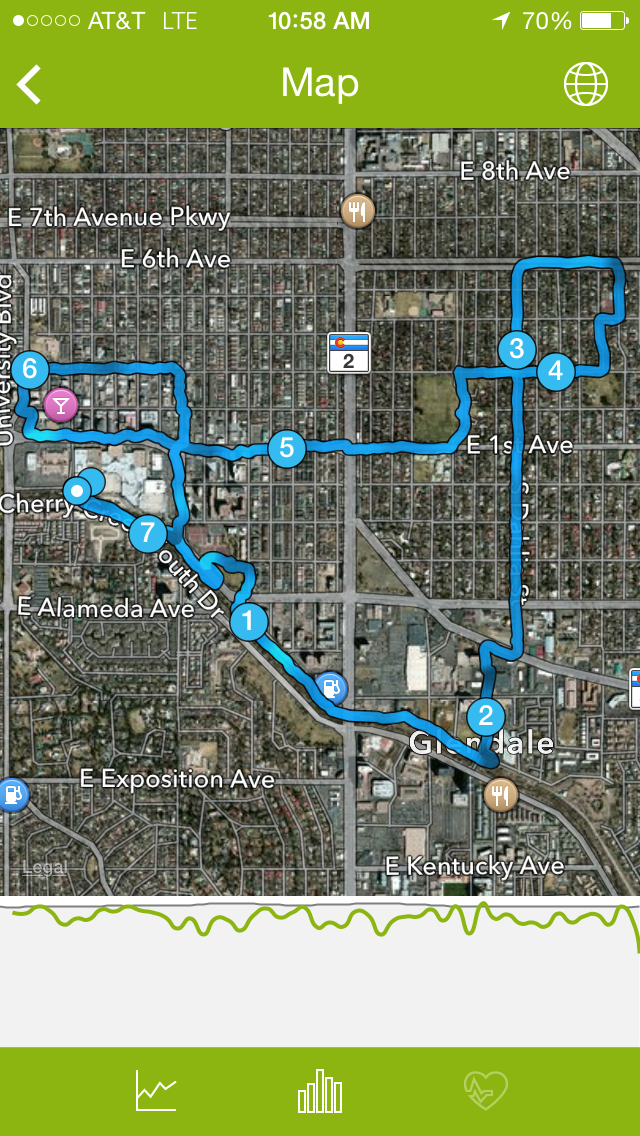