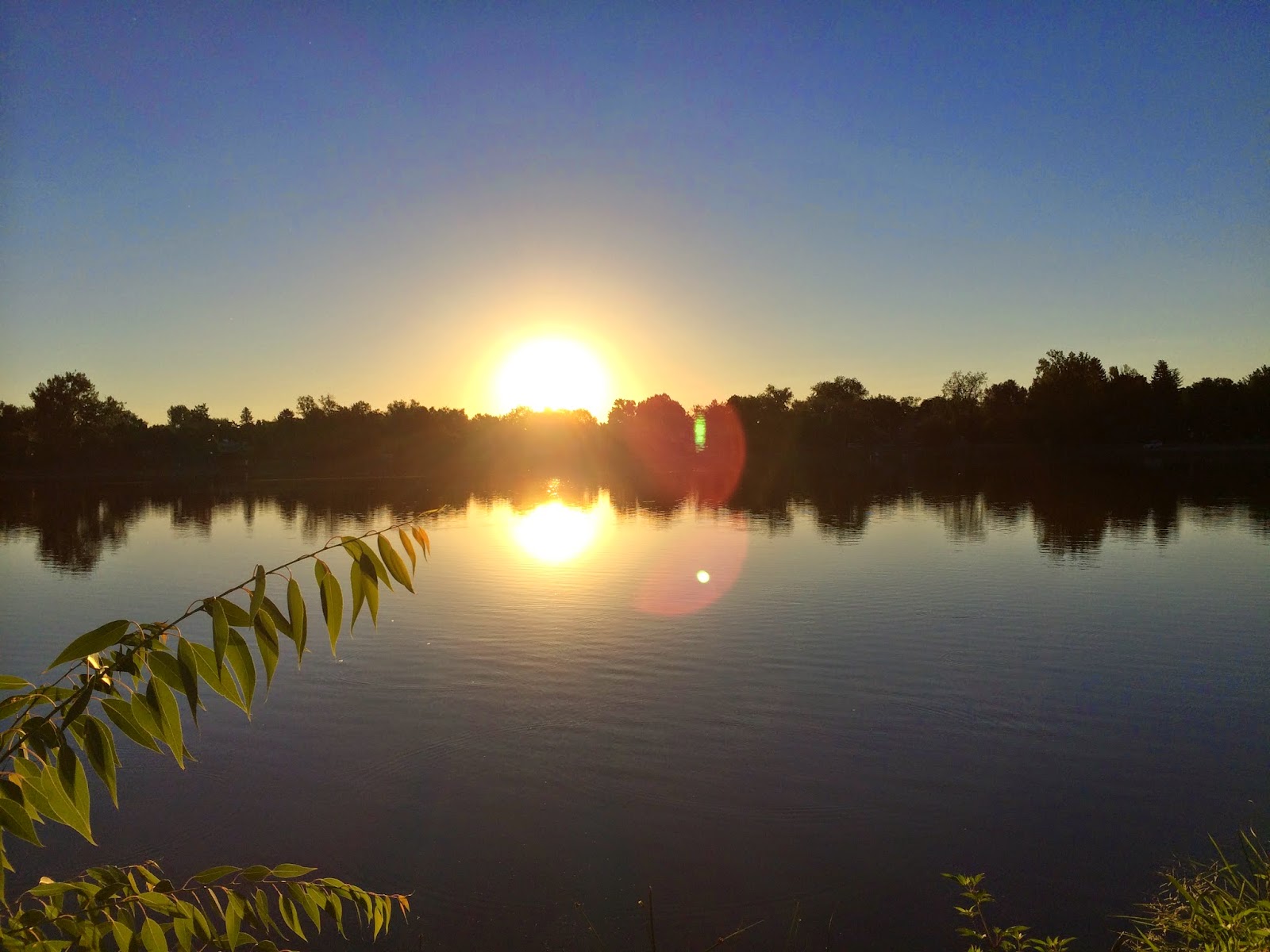 Sometimes one just needs to wake up early and experience the early morning life. It's hard to pull yourself from bed, but once you do, it's like the world is a different and better place. There is little better than an early summer morning in Colorado. Crickets chirping, the blaze of the dog days still hours away, the sun just peaking up on the eastern edge of the world.

It was a glorious early morning and I found myself at Wash Park for the sunrise. For a change, and to my supreme surprise and pleasure, my camera phone did a spectacular job capturing the beauty of something happening in the sky. As cool as this sunrise picture turned out, to be at a nearly empty Wash Park at 6:30 in the morning and staring out over Smith Lake as the reflection of the giant morning sun shone in the water was a very peaceful and fulfilling moment. These are the times I'm thankful to have recently become a morning person. I used to night owl it up with the best of them, but morning is truly where it's at. Either that, or I'm just getting old.

This run took me through Cherry Creek North and through the stoops of some wonderfully overpriced shops with fun art in their windows. I also found a path alongside a little stream which is blanketed so heavily with trees that it makes you feel like you are no longer in the middle of the city less than a tenth of a mile from a shopping mall and more like you have somehow discovered some urban jungle thought to have been lost to the ravages of time. My shoes also needed to be retied, so as I headed back towards Wash Park, I stopped on the steps of a ritzy church to tie my shoes and received a few odd looks from people heading in for the early service. I didn't care, because I don't think they were meant to be rude, merely confused as to what it was I thought I was doing. Nothing was going to ruin the positive vibe of this run, as I was feeling really good about being awake and alive on this glorious Sunday morning. Yeah, it was a good run.

(This run also took me past the Historic Weckbaugh Mansion at 1701 E Cedar Ave in Denver. This building was built in the 1930's and looks like The Great Gatsby's Denver home. It's large and ridiculous, but also cool to stop and gawk at. It's significant enough that I was able to Google it and get all sorts of historical info on it. I have a feeling I might run past it again just because it's pretty and in a wonderful neighborhood for running through.) 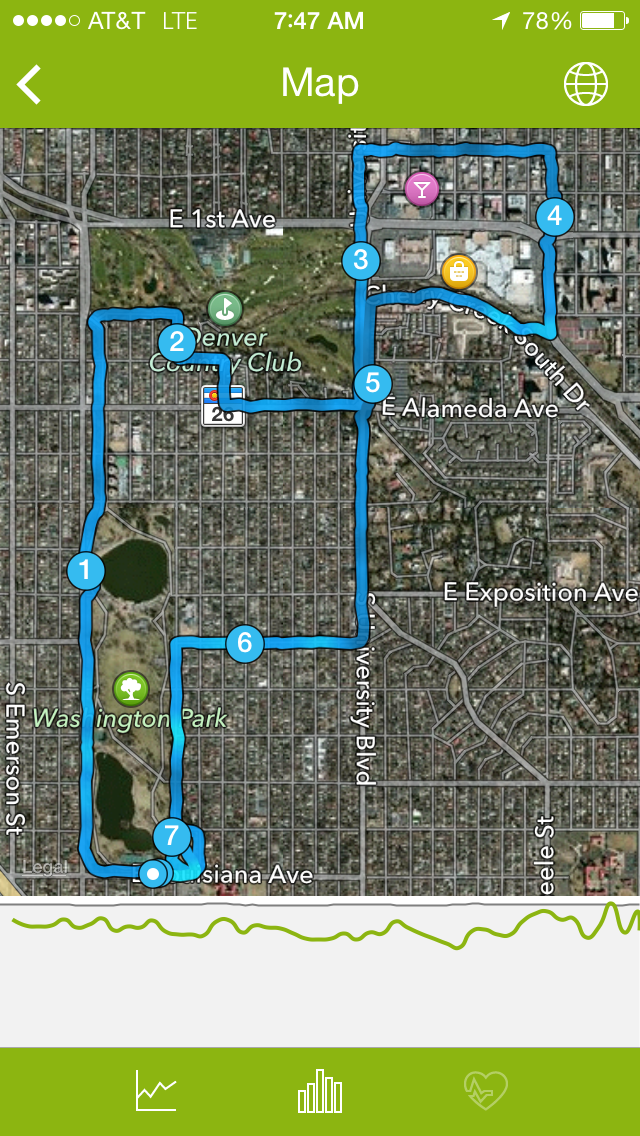