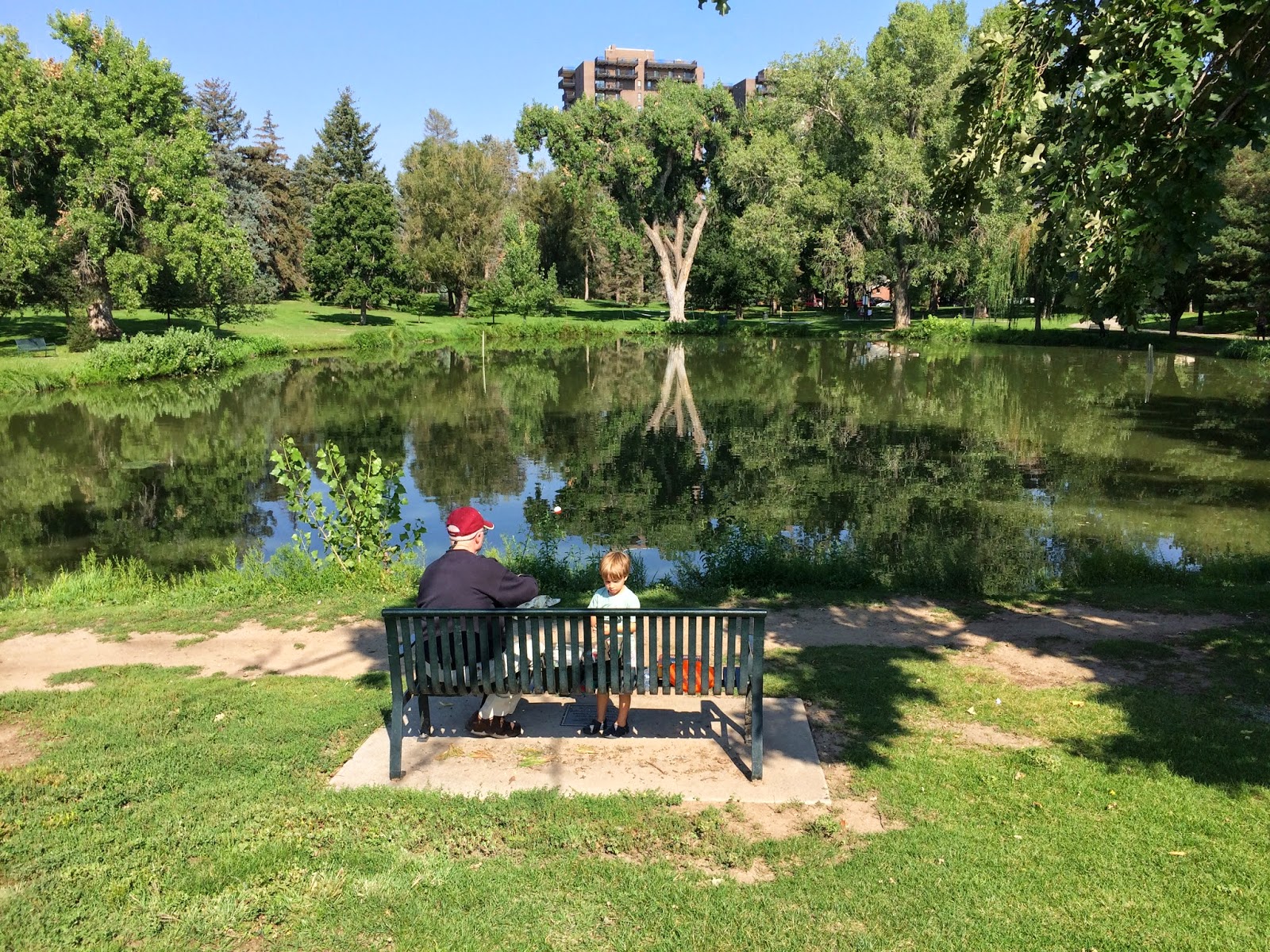 How cute is this picture? Grandpa and his grandson getting ready to go fishing at Wash Park. I had to stop and steal a quick photo. It was heartwarming in a Normal Rockwell type way. The world may be full of heartache and evil, but it's also full of grandfathers teaching little boys to fish, so not all is lost.

It was a lovely day at Wash Park, and things seemed to be right with the world. The sun was shining, but not too hot. People were smiling and nodding as they passed each other in the park, I felt strong and healthy throughout the run, and I even managed to not fall and bloody myself on pavement throughout the duration of my run. That last bit has proven to be more difficult than I'd ever expect in the last month or so, and my elbows appreciated the improved ability to balance as I exercised.

In addition to circling the park, I also made my way down to DU and found a restaurant with a giant DU Pioneer logo statue. I wanted to get a picture of it, but the restaurant hadn't opened yet, and it was on the second floor outdoor patio, and I felt weird being the sweaty guy trying to head up there before the restaurant was open just to take a picture of an enormous Pioneer guy in a coonskin cap. However, perhaps as I think on that guy a bit longer, eventually I'll build up the courage to try and get up there for a picture. 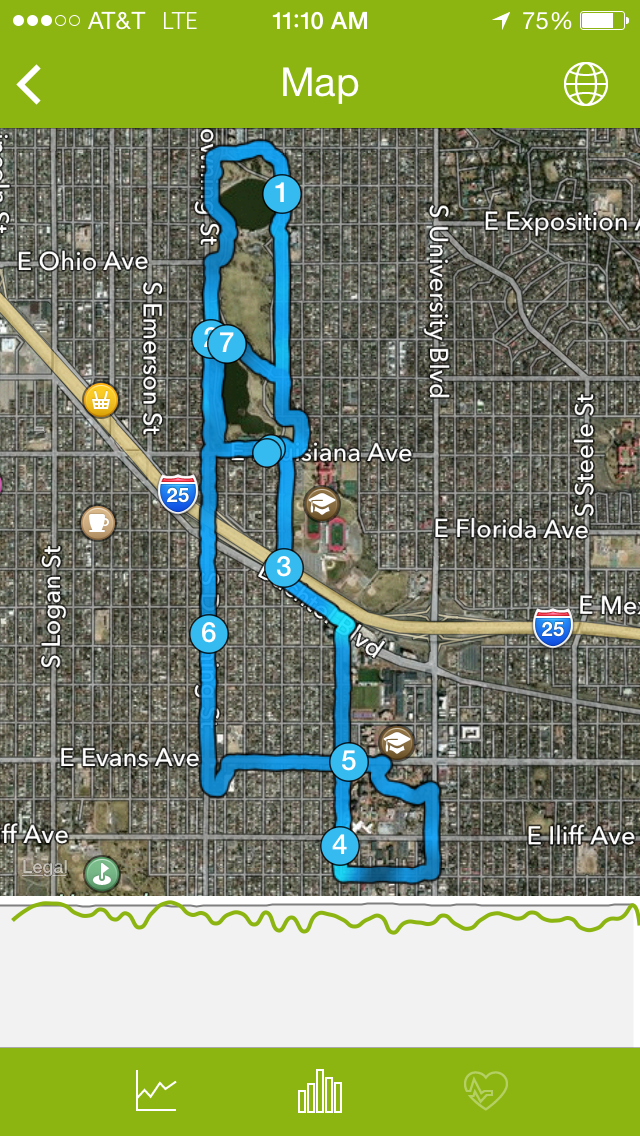