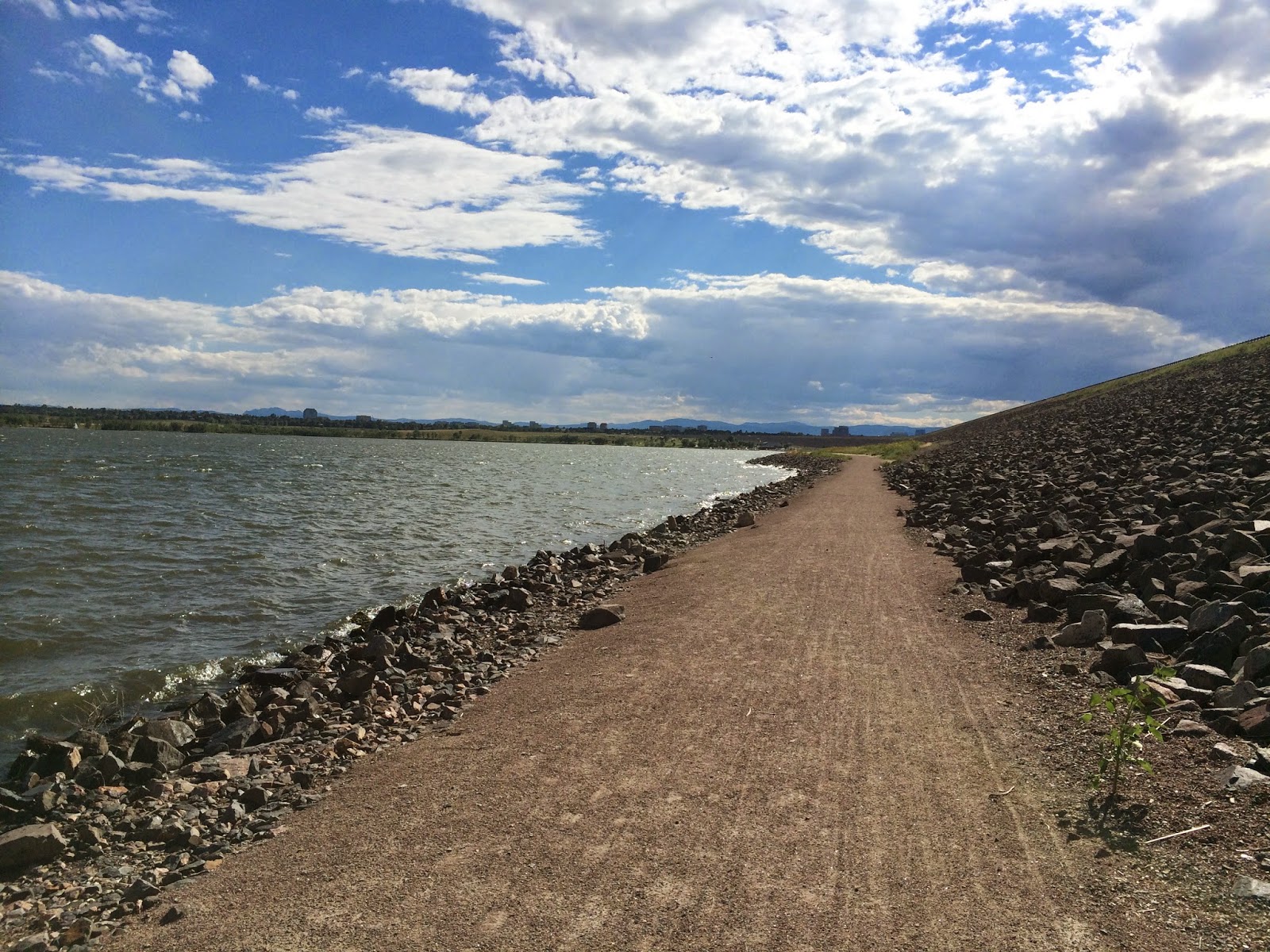 Growing up I would attend the Cherry Creek Reservoir Swim Beach on pretty much a weekly basis. I built innumerable sand castles and splashed in the disturbingly dark green water a LOT as a kid. Although I made many good memories there, if I'm honest, I had a pretty terrible attitude about the place as I got older and kept going back there. The water smelled nasty, we went during the summer so I was always hot, and attending this spot was one of my mother's greatest joys in life so naturally as a teen I had to hate it. Teens routinely hate what their parents love for no real good reason other than just to be annoying teens, and I rebelled in this very stereotypical and irritating way.

So this week my wife took our kiddos out to this same beach from my youth and while there called me at work asking if I wanted to drop by when my shift ended. It had probably been 20 years since I had been there, so out of curiosity combined with the chance to get in a run in at a spot where I don't usually run, I sped there after work, parked just outside the park so that I wouldn't have to pay nine bucks to get in, and ran straight from a shopping center parking lot on Parker Road to the swim beach.

I remember the beach feeling a lot bigger than it does now. I saw my kids splashing and having a great time in the water and remembered that despite my largely negative view of the place, it wasn't really so bad. The water still was that odd shade of green, and I cannot speak to it's smell as I didn't get close enough to get an olfactory sense of the place, but I was happy to see the kids having fun. There are some new bathrooms, but largely the place feels almost wholly unchanged from what it was like when I was a kid. Huge swaths of nostalgia overtook me as I was chatting with my wife and my buddy Doug who was there with his kids as well. It was strange to have a place be so familiar and yet feel like it was from another time. I'm not sure I could ever grow to truly love the swim beach, but at least running around the reservoir was a truly lovely experience.

I never circumnavigated the entire reservoir as a kid, and one thing that really shocked me when I began to do so on this run was just how much larger this body of water was than I ever realized when I was younger. The swim beach is just a small corner of the entire lake, and there is a LOT more going on than I ever imagined. I also was struck by just how cool running right by the dam was. There is an ENORMOUS control tower which I grew up seeing, but never really realized just how large it looks when you're standing right next to it. Plus, as you can see from the picture, running on the gravel trail with the lake on one side and the rock covered dam on the other is rather picturesque and markedly different from my usual run.

I'm not sure that I'd incorporate this particular route into my regular routine, mostly because it's a good distance from home, but it was a cool run to get under my belt, and the non-Swim Beach parts of the reservoir are pretty excellent. Glad I did it, and I might do it again at some point...even if the idea of liking anything associated with Cherry Creek Reservoir makes 16 year old me just red with disgust. 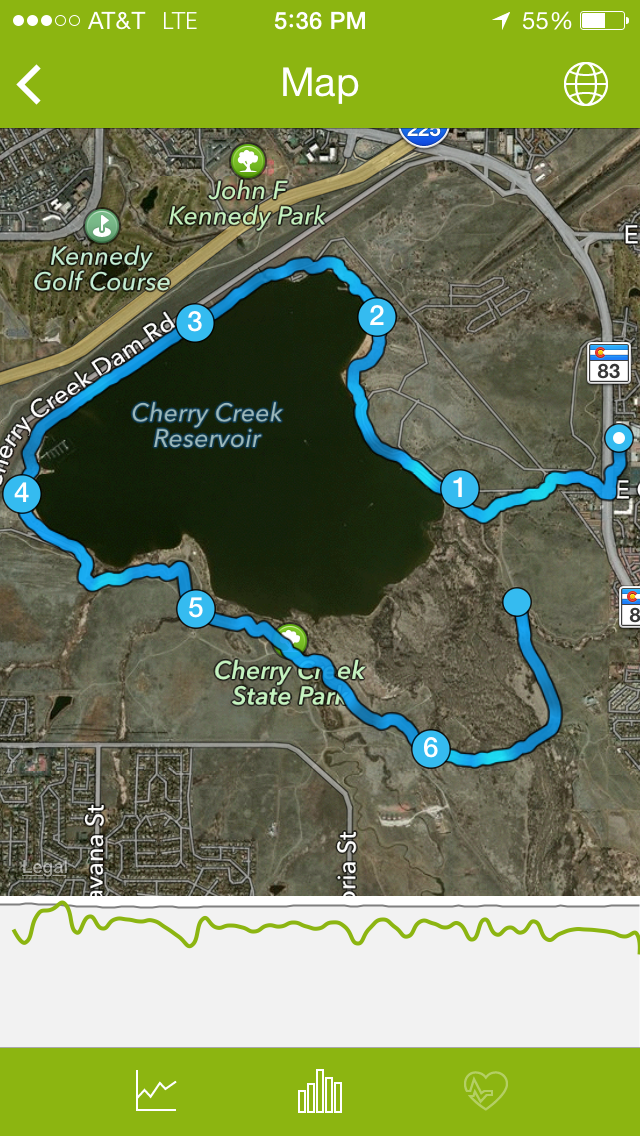