I can't tell if I was cramping up, or if I hurt my calf muscle. Even a day later, I'm still trying to figure it out. All I know is that my calf hurts in the way that usually happens when you're fighting off cramping. This has me worried because it is the first significant challenge to my 2014 quest of at least 100 miles in every month. I'm doing well for this point in September, I'm at 38.9 miles already, but That final 61.1 is going to require two working legs. I'm cautiously optimistic, but will continue to monitor the situation.

Here's what we do know from his run. My calf started to hurt about five miles in, but wasn't significant enough of a pain to immediately cease and desist the outing. I was feeling happy despite the fact that my running pace was rather slow. (And about to get slower with the cramping/pain issues) Plus, it was a gorgeous day, as can be seen in the photo above. This photo was taken in the midst of a lovely affluent suburban neighborhood, which is crazy, because this scene looks about as rural as it gets...NOPE. I'm right in the middle of the city. It's a pretty scene in a calm and serene place, and it's hard not to feel at least a little at peace when this is what you're looking at. 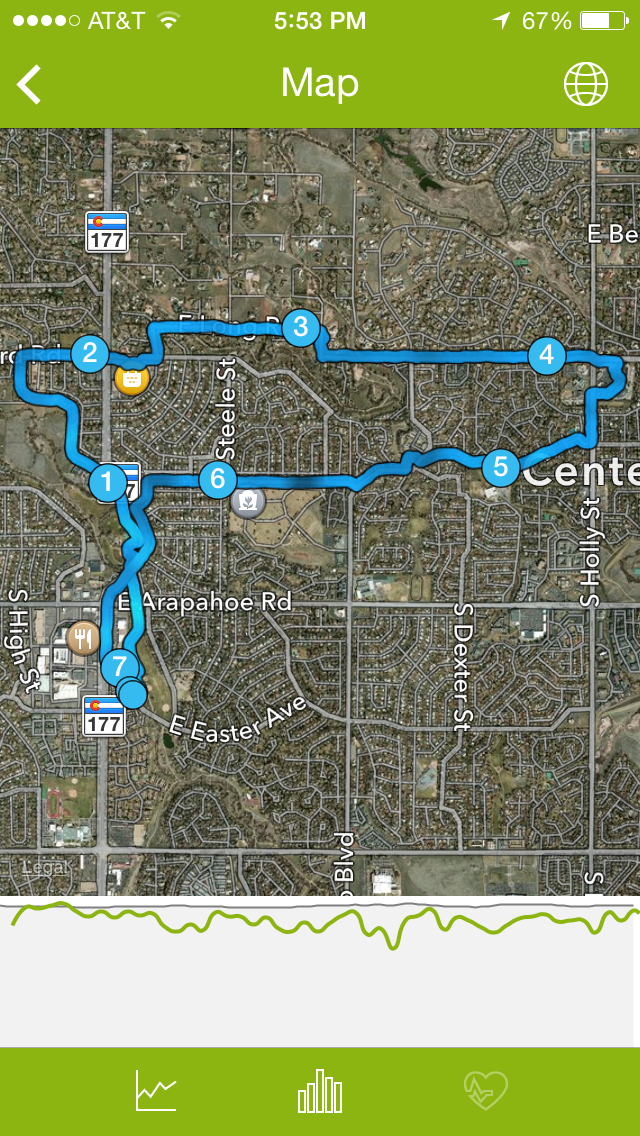