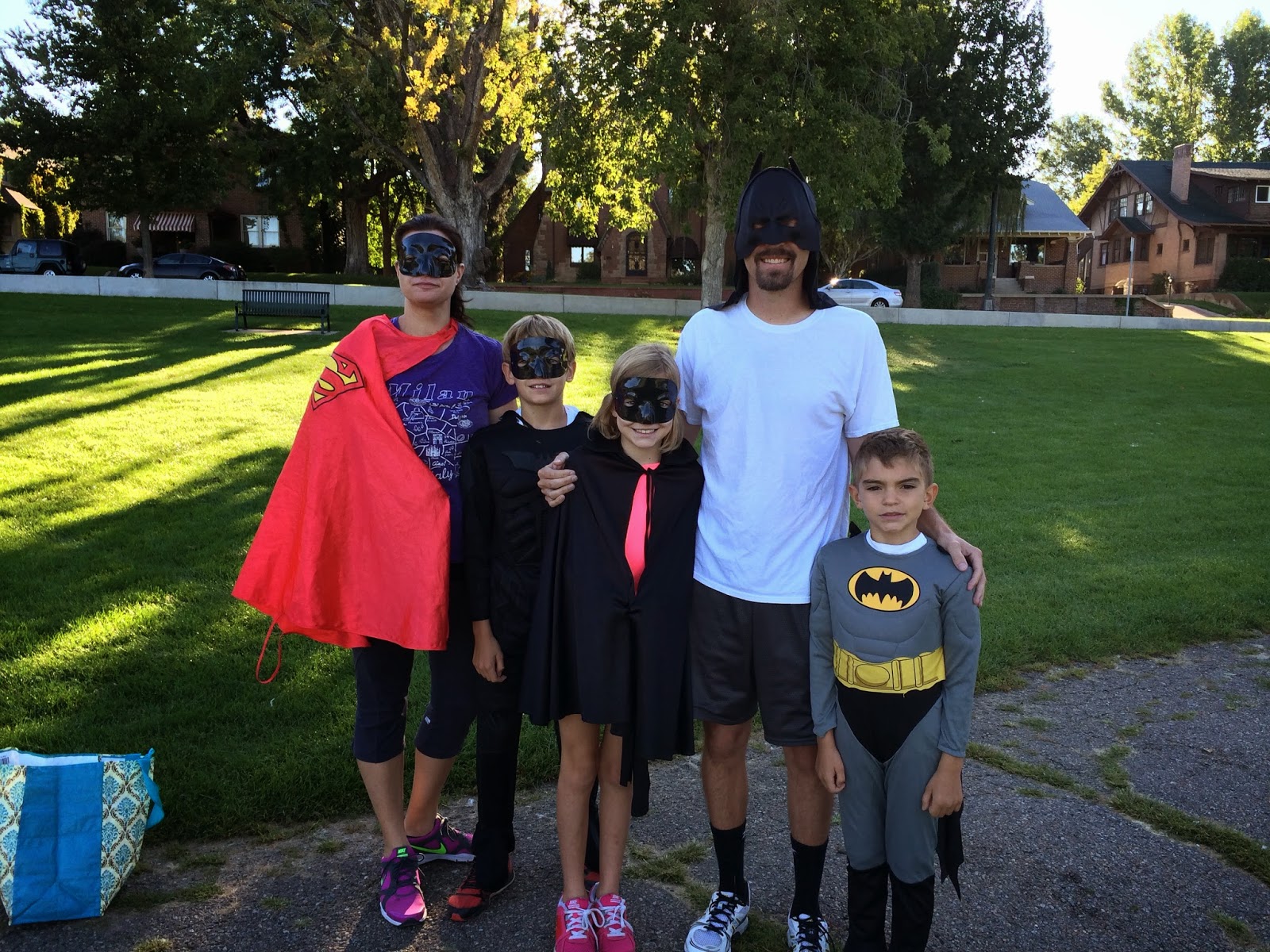 When you see an entire family dressed up as Batman with no explanation whatsoever at 8:00 on a Sunday morning in Wash Park, what do you do? Well, if you're me, you run up to them and ask if you can take their picture...because hey...it's a whole family dressed as Batman. Turns out they were getting ready to run in some event that had a super hero theme. They seemed a little amused by my enthusiasm to photograph them, and a little disappointed that although I was running, I wasn't going to be running in their run. I was mostly happy that I saw an entire family dressed as Batman. (Technically, it looks like the mom is wearing a Superman cape, but she has a Batman mask on, so I'm going to say she's a Batwoman because the Caped Crusader is much cooler than Supe.)

I was up a little earlier than normal because I wanted to get in a good run before the first real day of football began. This was a good move, as I enjoyed some great football with the satisfaction of knowing I had done some solid exercise. Plus, it got me home in time to take a call from my cousin who had an extra ticket to the Broncos home opener on Sunday Night Football, which I gladly accepted. All in all, a successful day of which my Batman friends would surely approve. (I'm assuming they are football fans.) 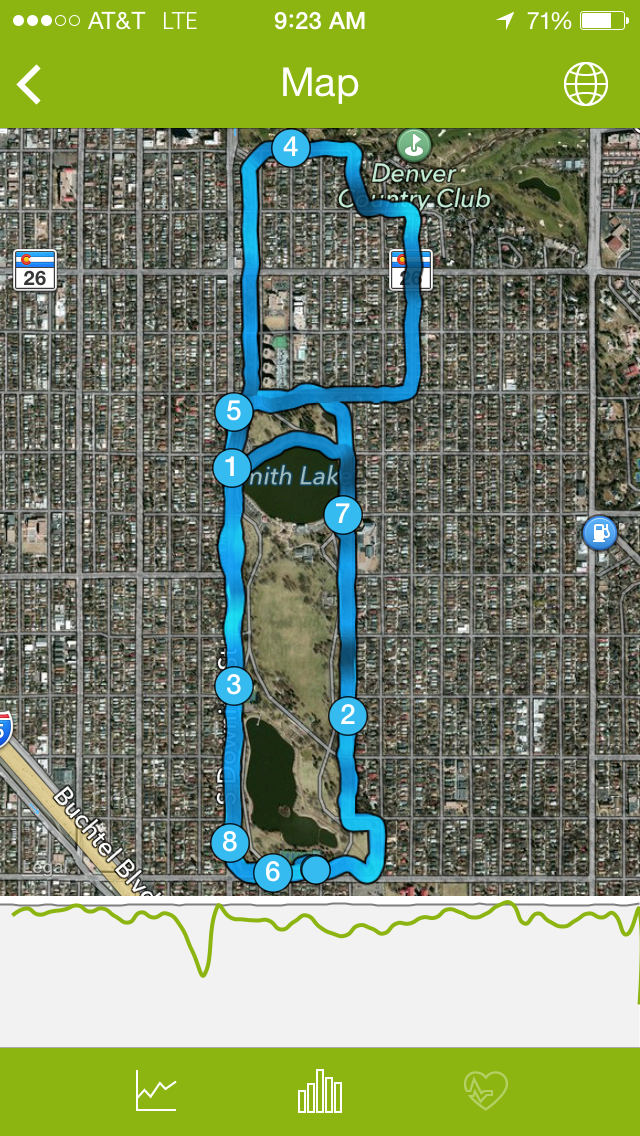