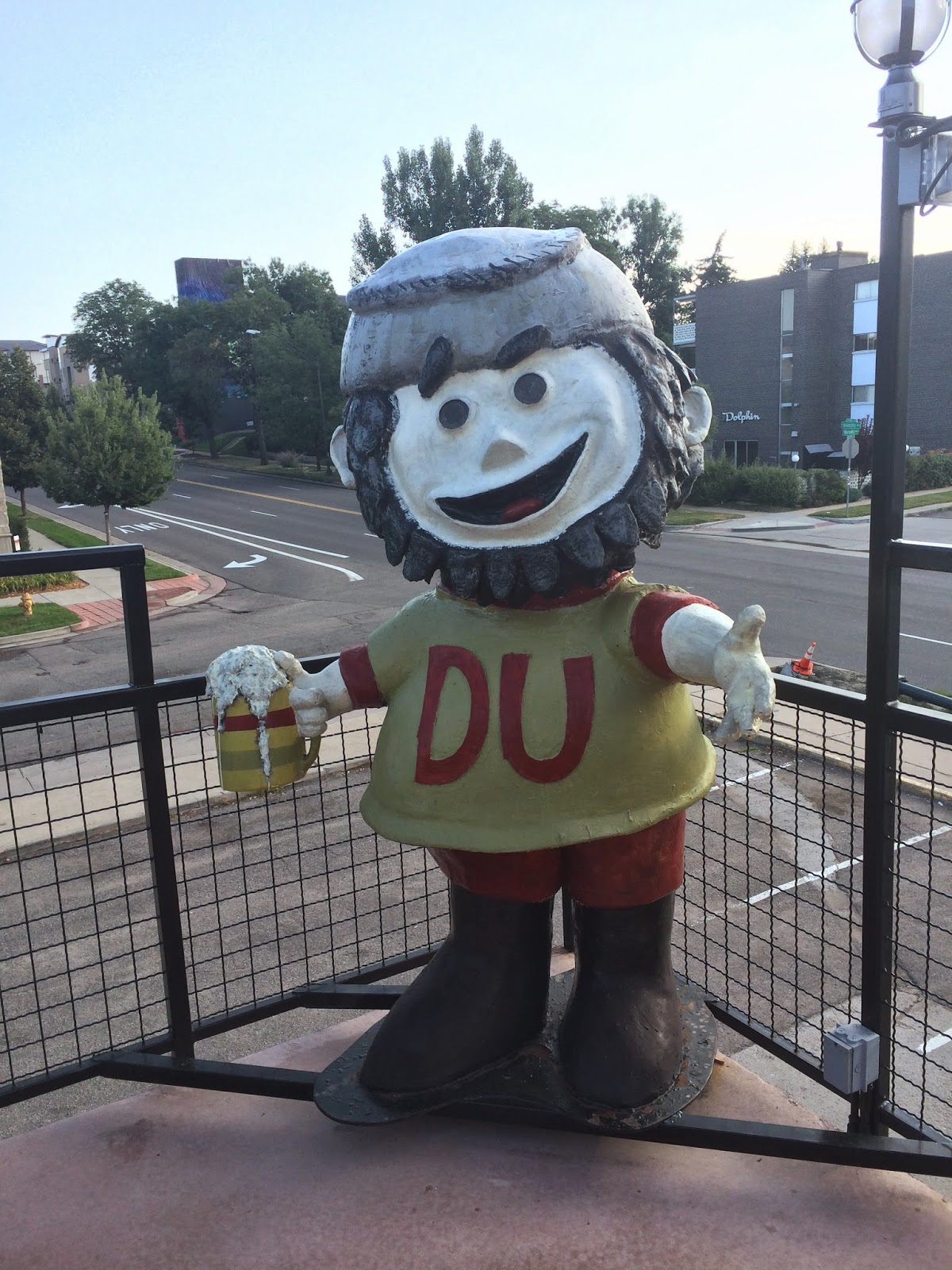 While I'm not sure that the University of Denver loves having a depiction of their mascot with an enormous mug of beer, I think it's fantastic. I finally realized how I could get up the stairs at The Pioneer even before the outdoor rooftop bar opened up. I'm sure it was probably a little weird to have a sweaty guy taking a picture of the big DU Pioneer at 8 in the morning, but I'm used to being a little weird, and besides, I'm not sure that anyone saw me up there. It's a rather picturesque view of the campus and University Boulevard, and I'm sure it's a nice place to grab a pint with friends.

It was a holiday Monday morning, and the streets were rather deserted, but it was just about a perfect day to get in a run, and I felt fantastic. This was an easy eight miles that not only included my first view of the front side of the DU Pioneer mascot statue, but also my second view of the Weckbaugh Mansion up on 1701 E Cedar Ave. I am really coming to love that massive old home, and at some point I'll get a picture of it up on the blog...but let's face it...nothing was trumping the Pioneer for today's picture. 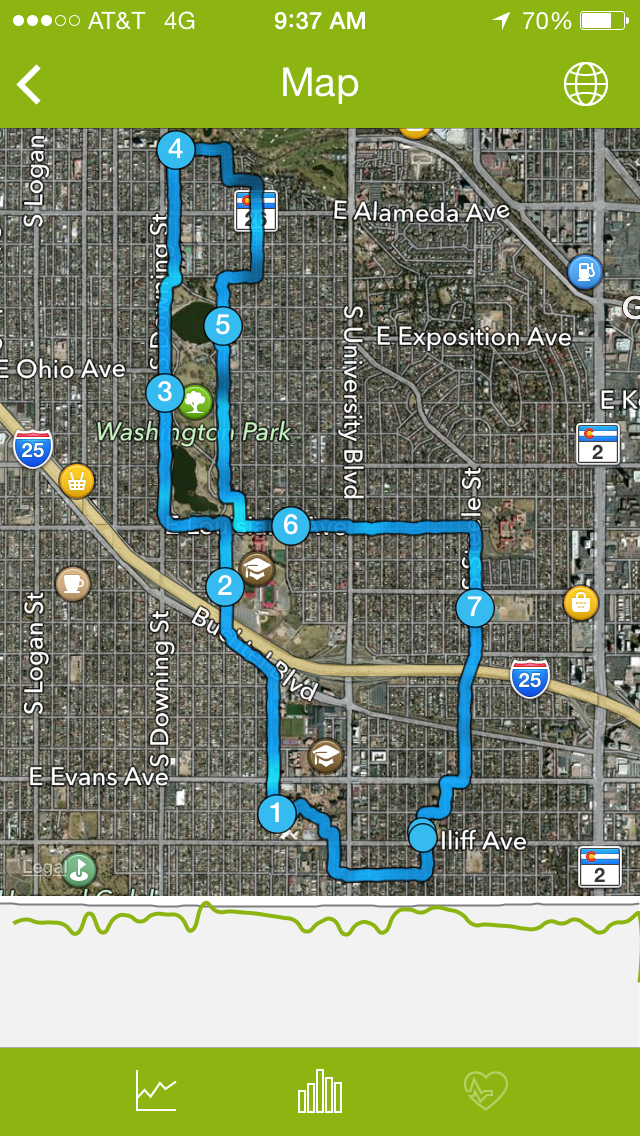