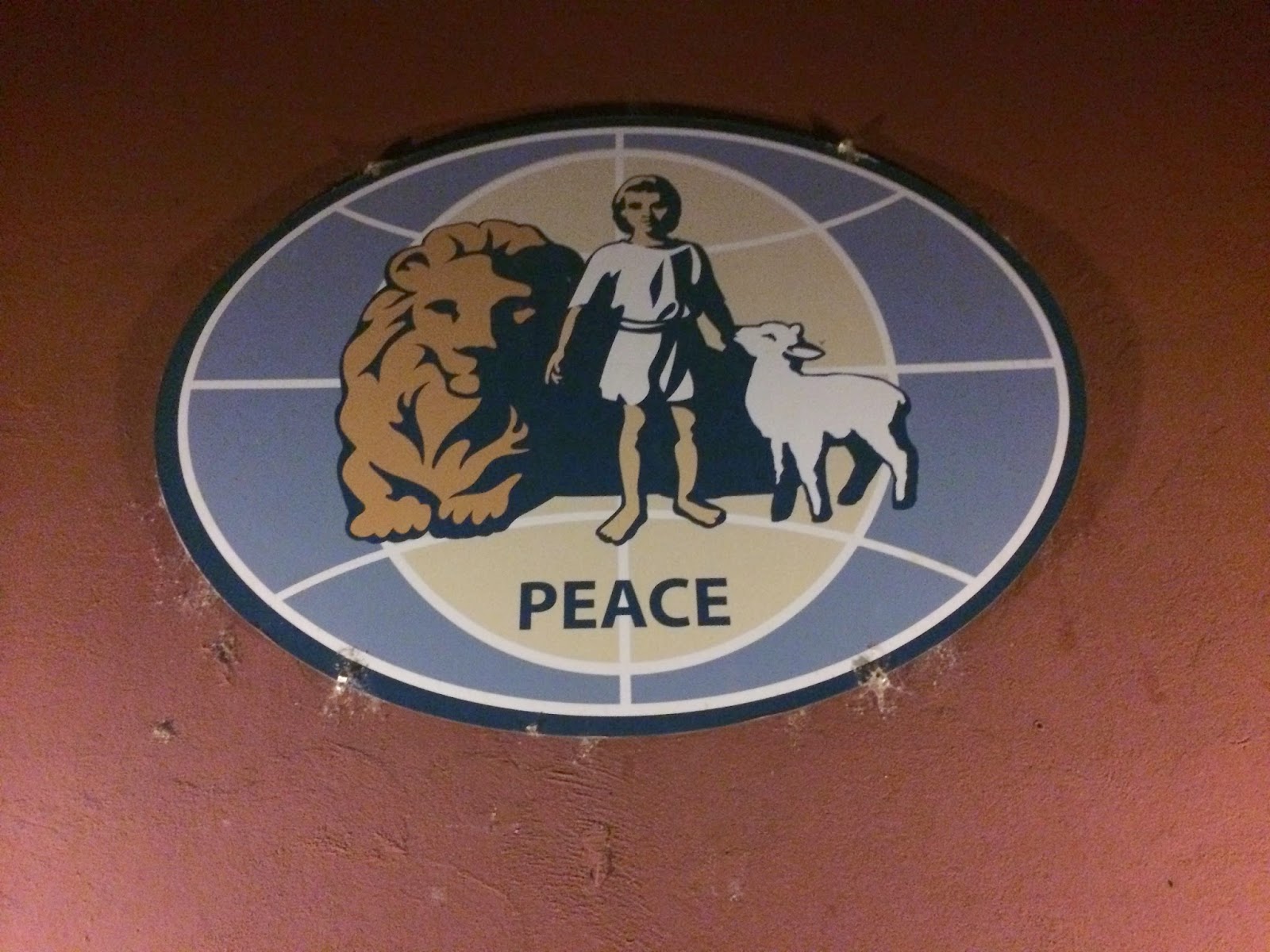 This rather large Peace mural is on the side of a church on Orchard Road. It's maybe lacking in subtlety, and few would confuse it for fine art, but there is something that I like about it. I don't know that it makes me feel peaceful, but it makes me happy that people value peace enough to place a huge sign on the outside of their building and light it up brightly at night. I especially like that it was so well lit, because as I've mentioned before...when I go out for a run at night, it's hard to find a good subject for a photo.

Ironically, as I was admiring the Peace sign, my ears were bombarded with what sounded like far away mortar fire. Either that, or perhaps fireworks. Either way, it was a little weird seeing as how it's September, and I can't for the life of me figure out why things would be exploding. It felt far enough away to not be overly loud, but it was menacing enough that I paused the podcast I was listening to and craned my neck to listen to the sounds and see if I could feel the vibrations. I didn't see anything lighting up, and it doesn't appear that World War III has broken out, so I'm not sure what was going on, but it was a little odd for so much noise to be happening at 9:45 at night. 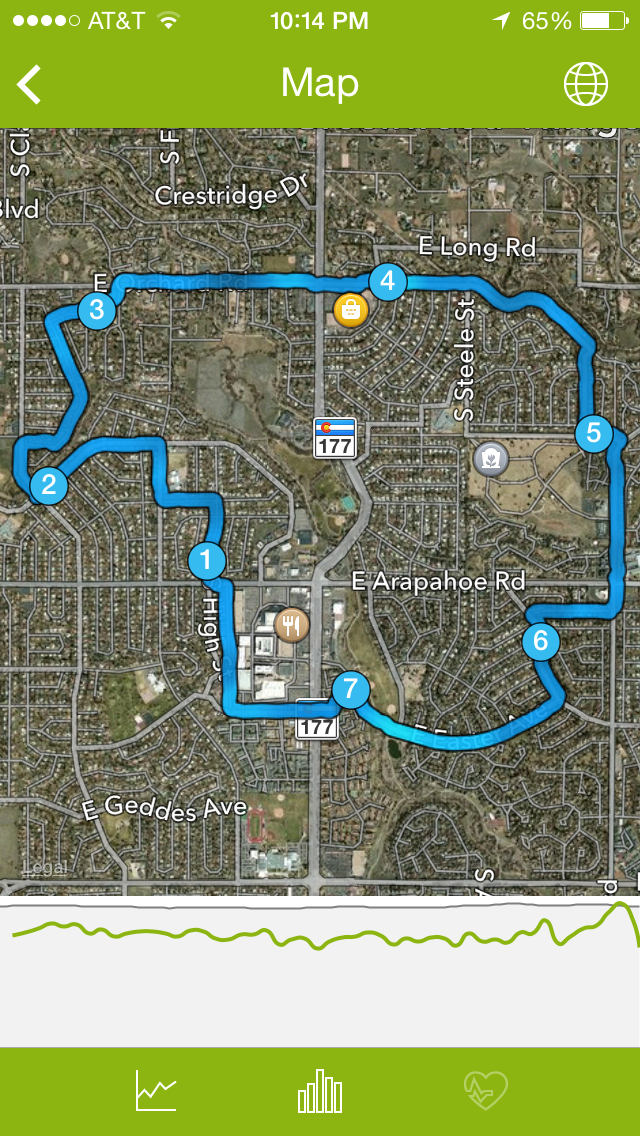