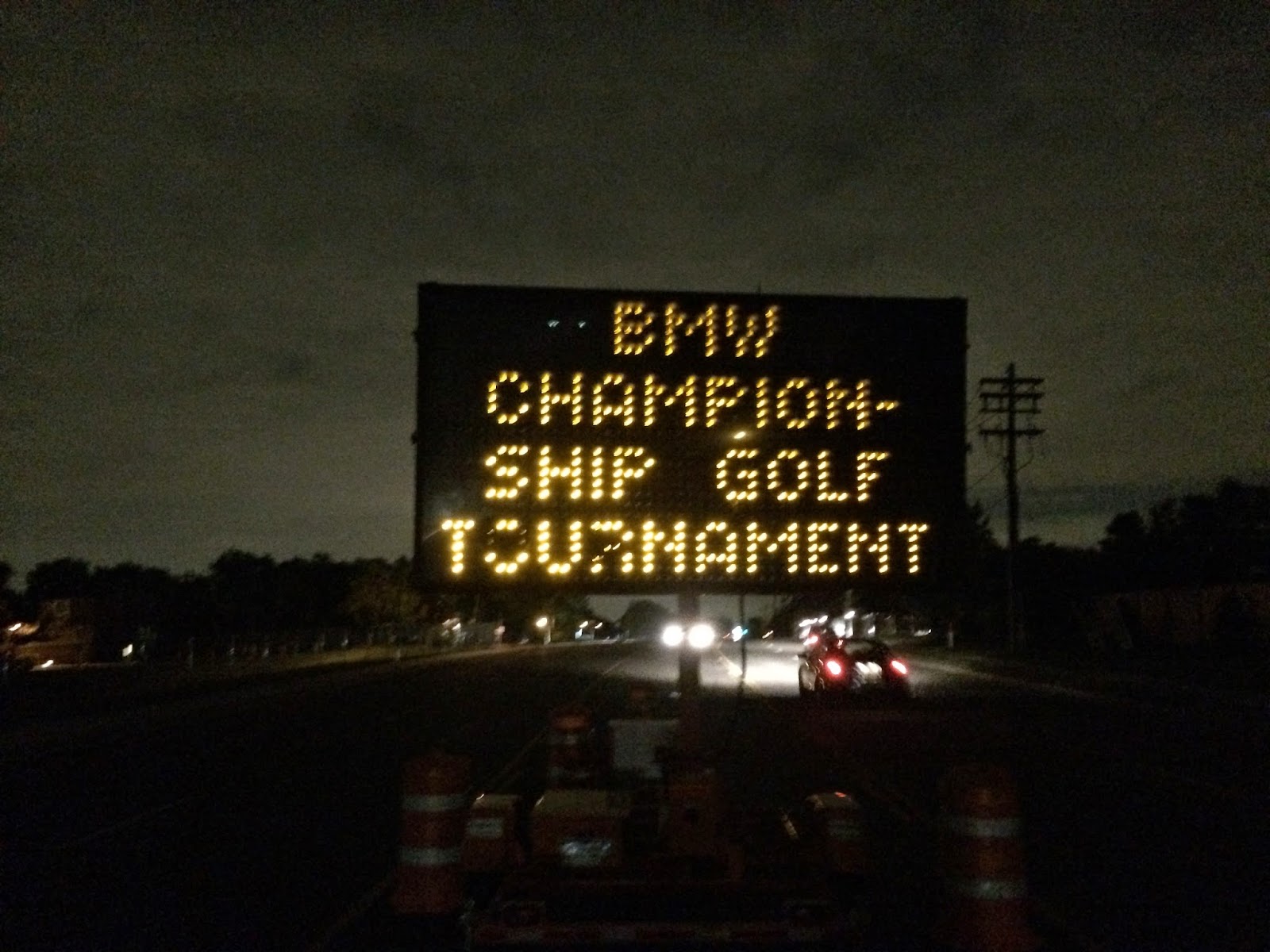 My usual attitude about golf is that it is a tremendous waste of what would be a wonderful park. Mark Twain is attributed the quote that the sport is "A good walk spoiled." (Even though, it appears that Twain didn't actually say it.) I don't really like golf. In fact, the sport bothers me. I feel irrationally angry about golf. Perhaps it's because I'm just really really bad at it, but I wish the whole sport would just go away.

I headed due north for four an a half miles and came across a phalanx of satellite dishes and Golf Channel trucks in a parking lot just inside Cherry Hills golf course. I walked up a flight of stairs which led to the "volunteer entrance". There was far less security than I was expecting, although a few people gave me a funny look from about 400 feet away. I didn't walk too far in. I just looked at the trucks and quickly retreated back to the street. I ran a little further North and passed some BMW flags and a bunch of signs and traffic posts directing people where to park. There were parking lots with shuttle buses all over the city, as the parking is very limited in the fancy neighborhood where the golf course is located.

Mostly, the whole scene looked like way more fuss over golf than should ever be paid to golf, but it also felt like a pretty big event...which I guess it sort of was, even if I refuse to acknowledge golf as a legit thing. I was glad to have walked through it at the height of it's glory, and even got a somewhat blurry picture of the traffic sign alerting people to what was going on in the roads ahead of them.

All in all, it was a rather dull looking trek north and then south if you just look at the map, but it was an interesting run with curious things to investigate and I went further North from my home than I ever have before on foot. I felt great the entire time, and it was a glorious long run with some super cool weather. It was a little ridiculous that I was out until 11:00 at night, but I regret nothing. 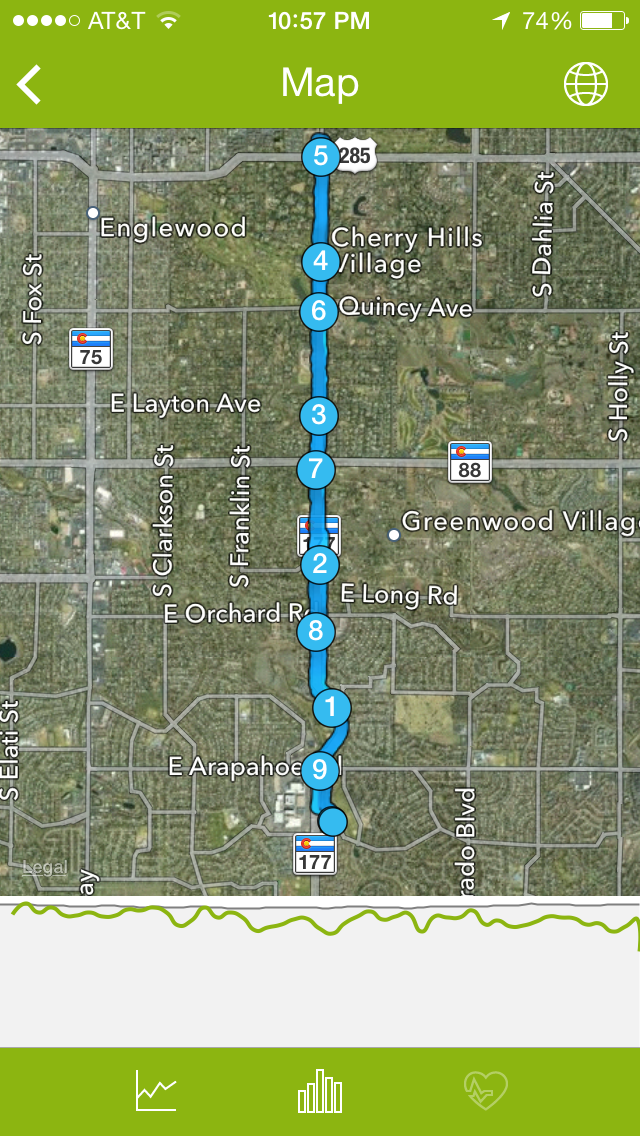