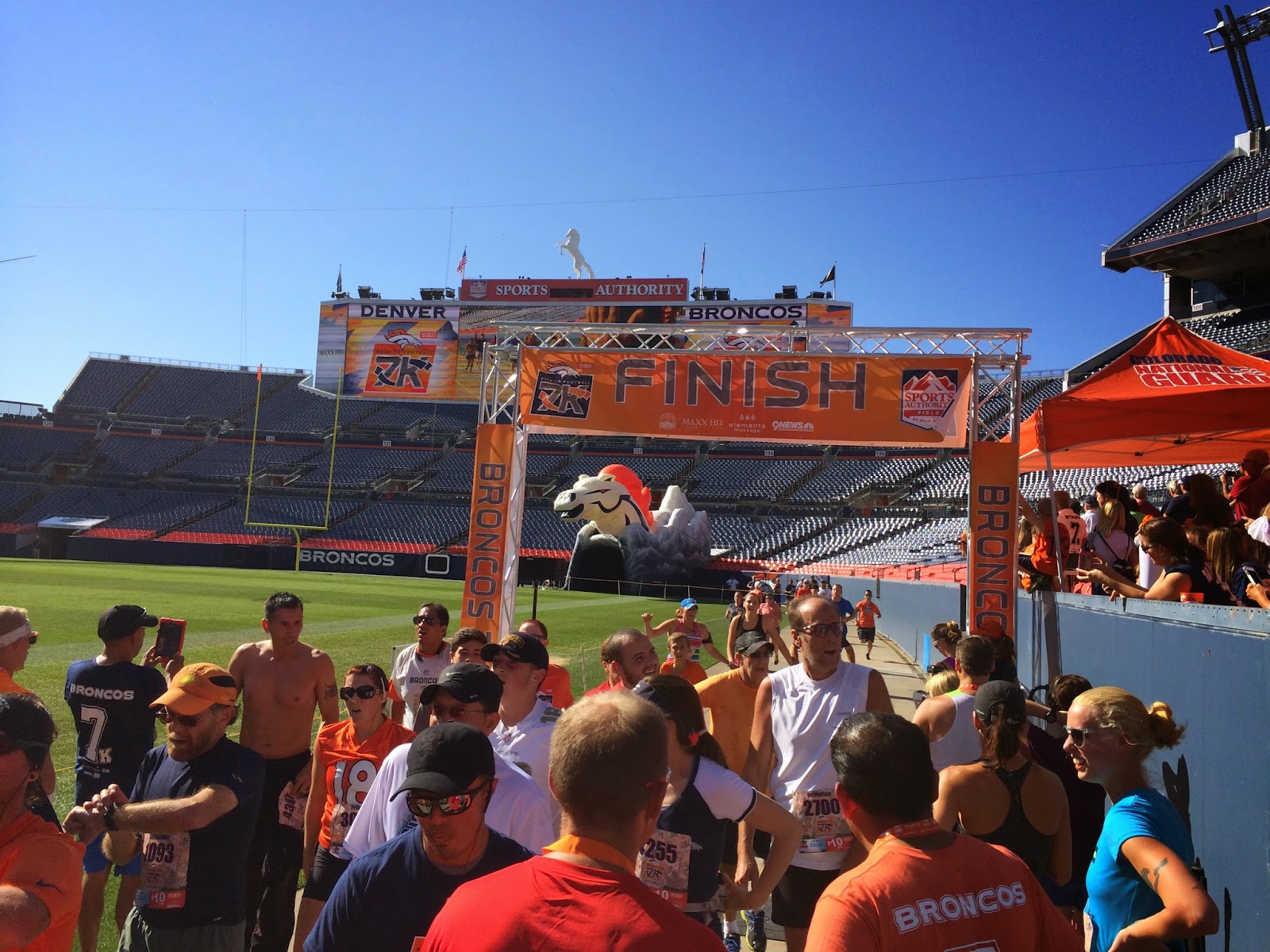 This was the third ever "organized" race that I've ever run. I put organized in parenthesis, as the Broncos 7K was fun, but a little loosey goosey on some of the details. The biggest issue was that a little bit after I crossed the finish line, the final straightaway inside Sports Authority Field at Mile High became so congested that people were log jammed at the finish and couldn't run to the end, hurting their times as they stood waiting for the area to clear.

Fortunately, I began the race very near the starting line and was able to finish before the bottleneck hit. Actually, my only complaint about the race was that I pushed a little too hard at the start and by the end I was pretty gassed. I had to actually walk a few times to catch my breath even though this was only a little over a 4 mile run. That has nothing to do with race organizers and everything to do with me being overly competitive at the start of the race and pacing myself poorly. I ended up finishing in 38:38 officially. I finished in 711th place out of 6328 participants and was 171st out of 708 in my division (which I think was men in their 30's). I was also the 526th male to finish out of 2689 men. I'm fine with those results, even though I the race kind of kicked my butt.

I showed up WAAAAAAY too early for the race. I got there at about 7:50 for a race that didn't start until 9. This allowed me to start near the very beginning, which turned out to be a very good thing, but it also meant that the large amount of water that I had drank while still at home had time to work it's way through my system. I had to pee really badly when the race began. By the two mile mark, I was physically hurting more from a full bladder than from the fast pace I had set myself upon. We were just entering Sloan's Lake park, and I saw a man leaned up against a tree in a manner that only could have suggested that he has succumbed to a similar suffering and decided to do something about the discomfort. I took courage from seeing him and took a similar stance against a large tree and shamelessly felt the comfort pour out of me. My time probably would have been a minute faster had I taken a potty break prior to the race...Rookie mistake. Still, I felt a LOT better finishing up the race, and felt a lot less like I was about to explode.

Afterwards, I met up with some friends from church and spent some time hanging out at the Bronco themed party in the bowels of the stadium. I got to meet Karl Mecklenburg and Steve Watson, a few of my favorite Broncos from when I was a kid, and also got to meet current Broncos Virgil Green and Steven Johnson and randomly Ebenezer Ekuban, a Bronco alum from just a few years ago. It was a fun after event which allowed me to get a picture with some Broncos cheerleaders and hang out with friends, and it really was a nice finish to a fun day. Plus, I now have a Broncos 7K finishers medal, which isn't worth anything, but is still pretty cool to hang in my cubicle. All in all, it was a tremendously fun experience. It wasn't perfectly organized, but I'd definitely think about doing it again. Plus it got me even more excited for Broncos season, something I wouldn't have thought possible. 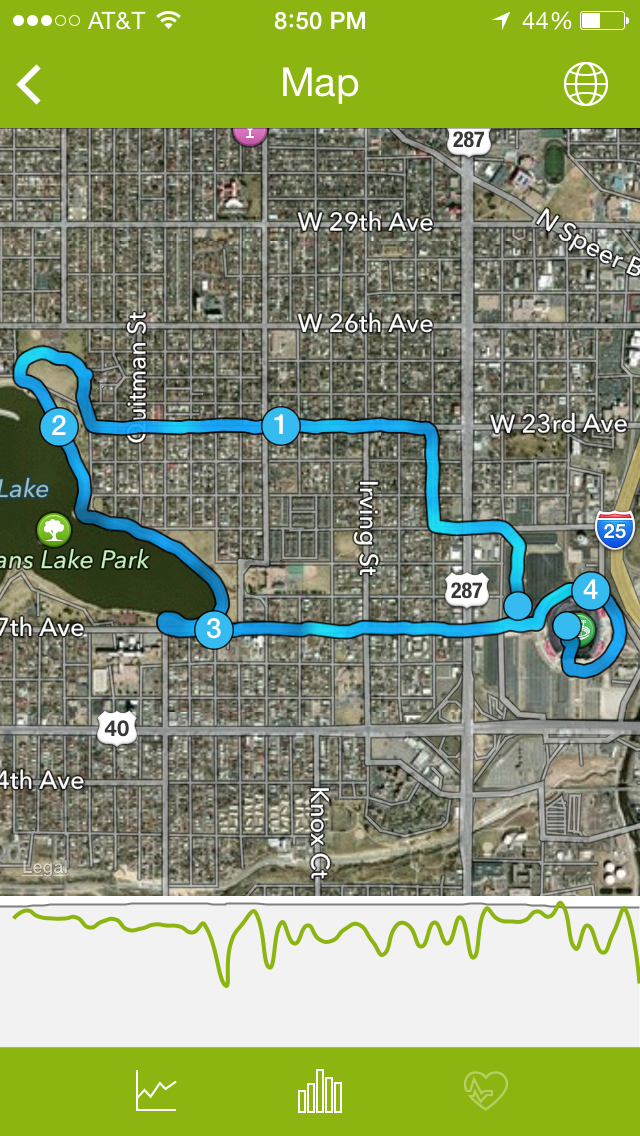