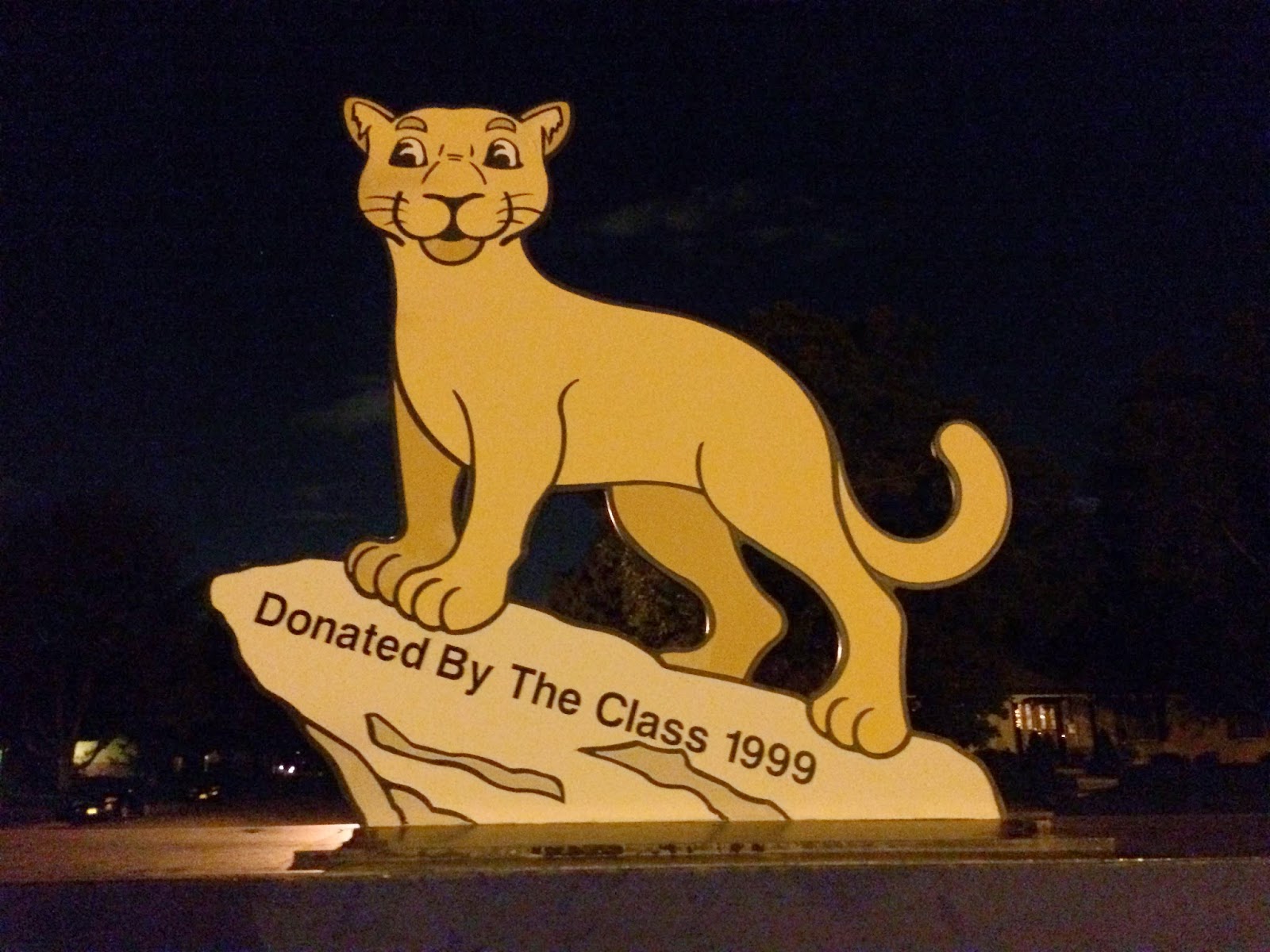 Back in Colorado, and I was gassed. Travelling can take it out of you, and it didn't help that I didn't get started on this run until after 9 at night. I considered skipping this run, but we are running out of September and I've still yet to hit 100 miles for the month in my 12x100 challenge, so I decided to slug this one out even though I was clearly not at full strength. I was a little slow, but once I got started, I found a decent amount of energy to push through to the end. When I was finished, I was FINISHED. I quickly showered because I was gross and then collapsed into bed where I slept as hard as Charlie Sheen tends to party. When my alarm clock went off in the morning, I was angry at it, because I was deep in a glorious sleep and could have used another 3 hours.

As for today's photo, meet Sandy the Mountain Lion, the mascot of my kids school. I love the fact that a 5th grade class is referred to as "The Class of 1999" on this gift to the school, and love it even more that their class gift was a cartoon mountain lion. (And possibly the sign upon which he sits, although I prefer to think that the class gift was merely the mountain lion.)  This is clearly the most cartoony photo I have ever posted on this blog, and although it may seem a little silly, I am genuinely fond of this school and their silly mountain lion as they have thus far done a very good job educating my children. That is something worth celebrating...plus the mountain lion shows up very well in a nighttime photo, so this post was a win-win for an exhausted me last night, as I got this pic four minutes into my run and didn't think about taking another photo for the remainder of my run. 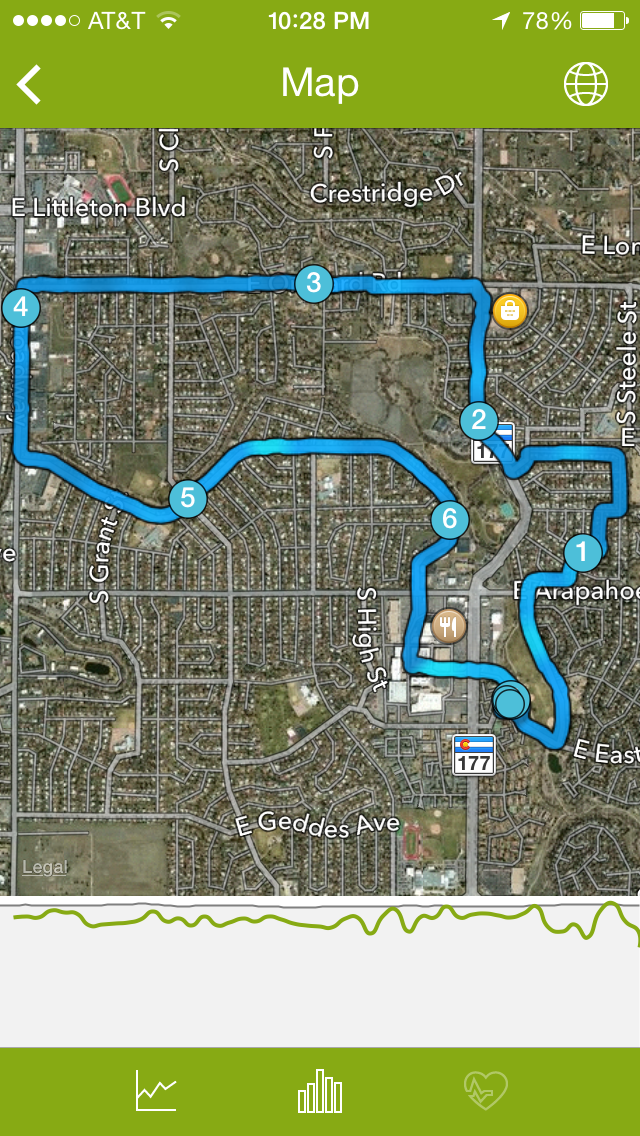