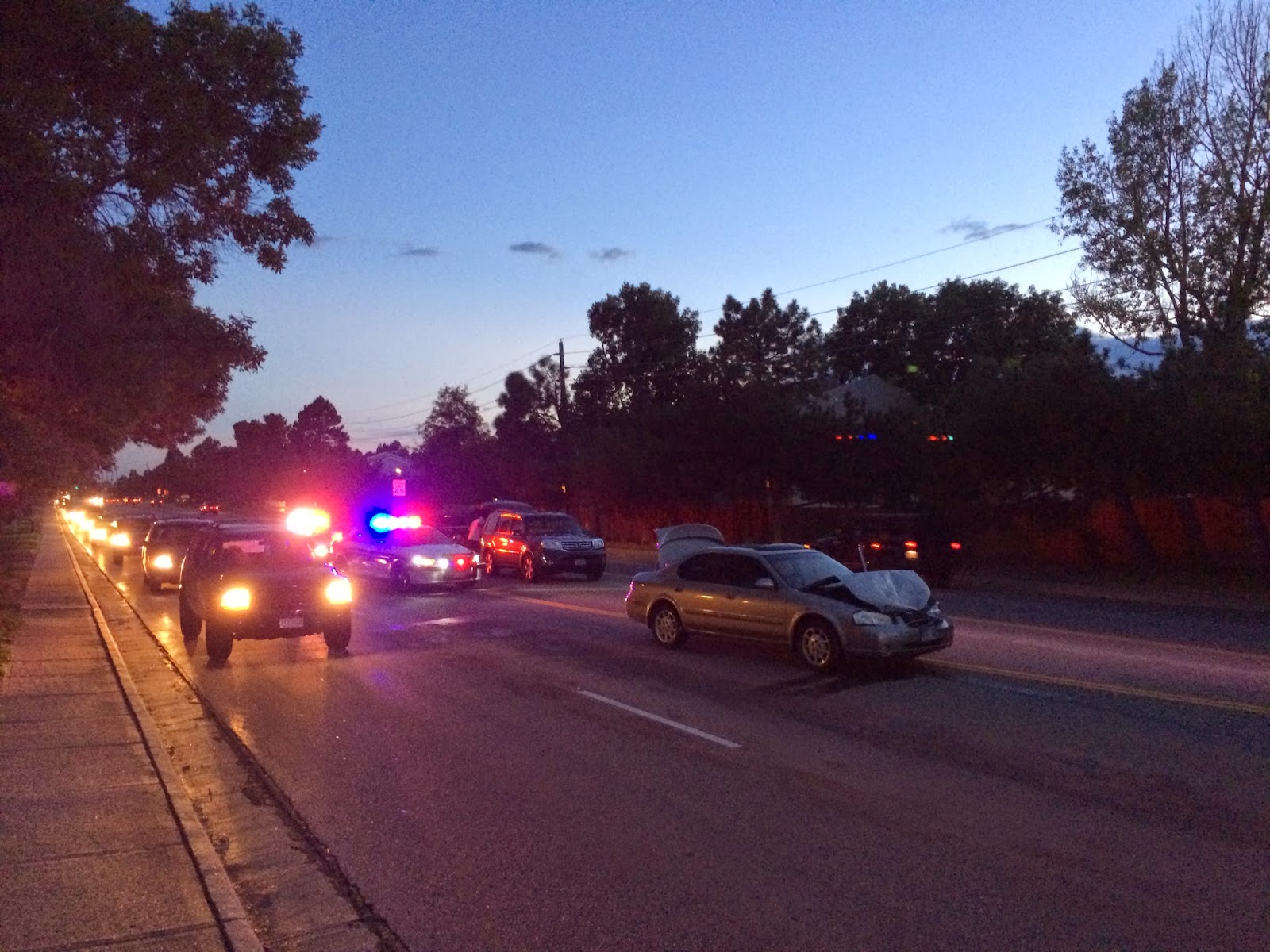 I turned the corner, and there were flashing lights and traffic jams galore. My curiousity got the best of me, and I had to see the wreck. Thankfully, it appeared that everyone was walking around a bit in shock, but no ambulances or stretchers, so although this car appears pretty well smushed, it doesn't appear that anyone was badly hurt. Encountering a car wreck scene on foot is a rather weird experience, perhaps taking photos of it is even weirder, but it was by far the most memorable part of this run. I'm just glad that it wasn't a gruesome wreck...I wouldn't have posted pictures of bloody pavement, in case you were wondering. The saddest part of this experience was seeing the woman who's car is pictured above get into the smashed up trunk to pull her personal items from the wreckage. My heart went out to her, because that has to put a real damper on a Friday night. Such a bummer.

This run was one I took just to get in some extra miles so that I could do a normal run the next day and reach 100 miles for September. So long as I hit that goal on Saturday, I could take a few days off and rest my legs which could really use a few days off. I was pretty tired for this one, but I pushed through and felt pretty good by the end. This definitely one I had to psych myself up to accomplish, as I wasn't dying to go running, but my 100 miles a month goal demanded that I put in a few miles if I wanted to have an end of month break. 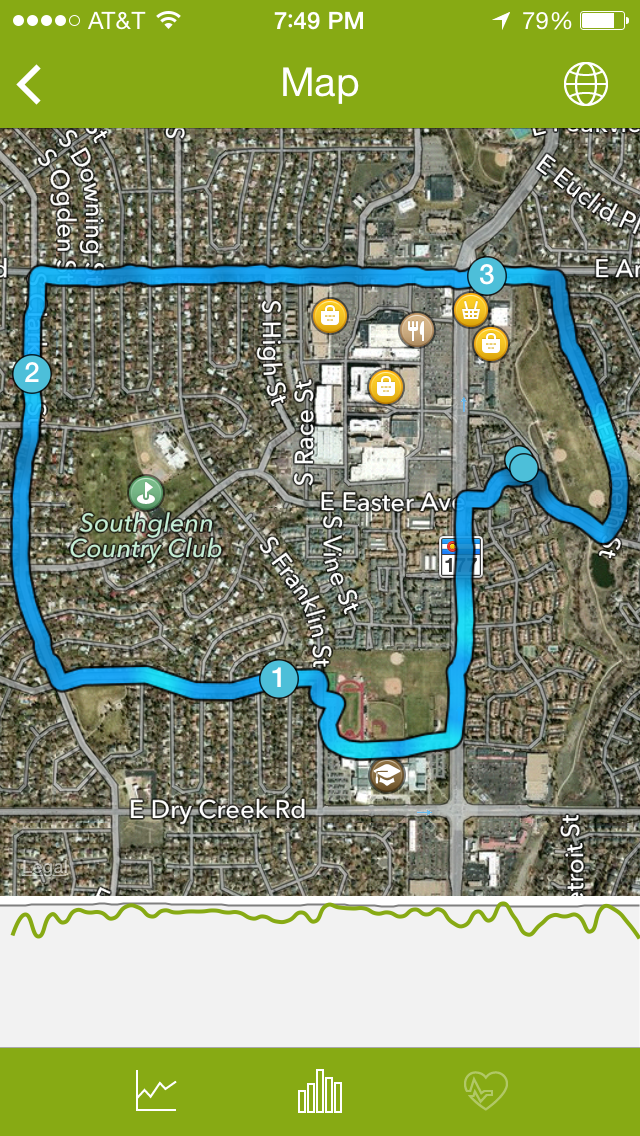