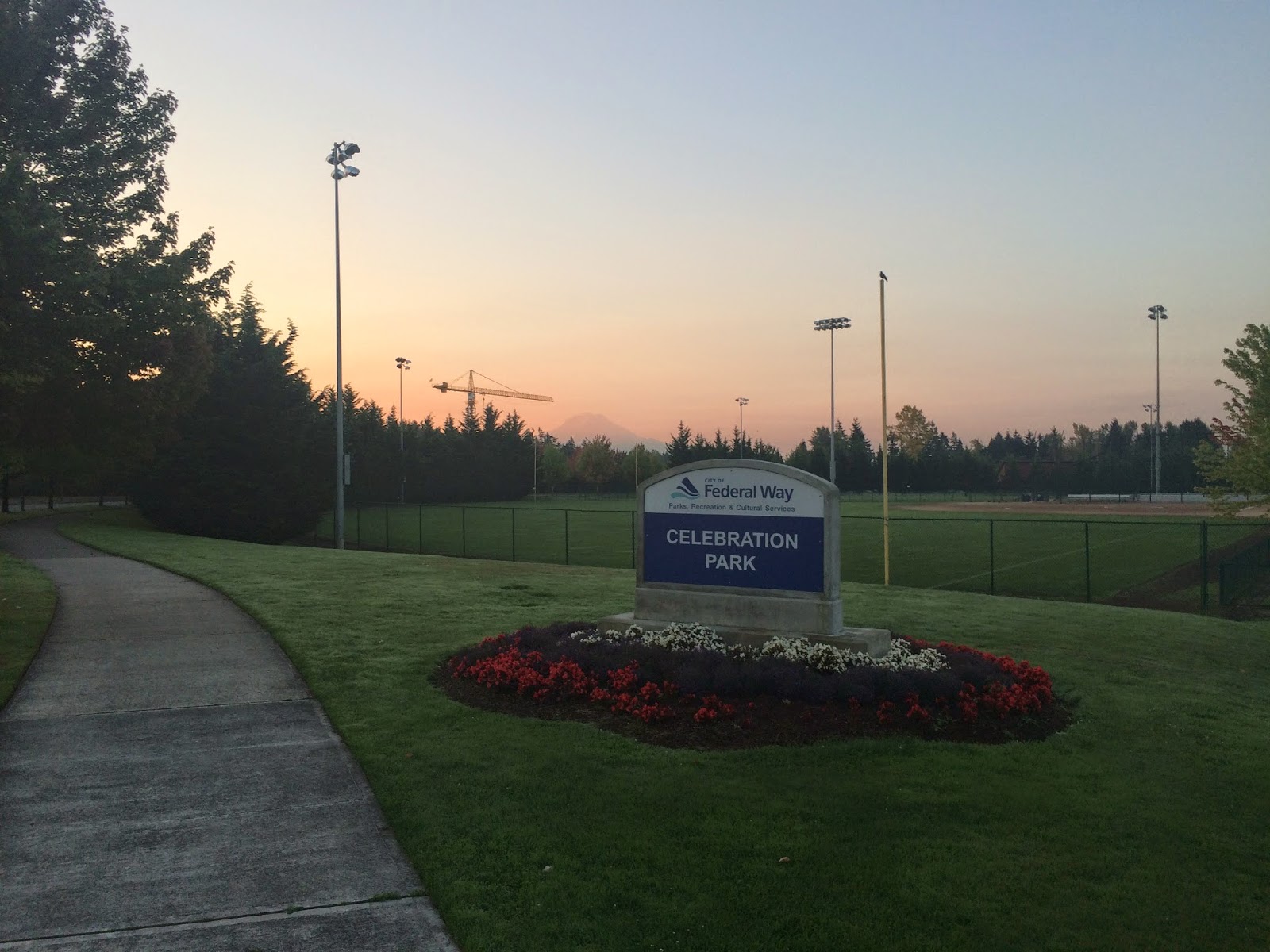 I was on vacation in Washington to see the Broncos play the Seahawks with my cousin and her boyfriend. We had a busy and tiring Saturday, but I needed some alone time, so I woke up early while everyone else was sleeping and hit the road to get in some running. I had a vague idea of where there was a park nearby, but didn't really know what I'd find. We were in Federal Way, a Seattle suburb, and I was hoping I'd find something decent. What I found was a lovely paved path which was only blemished by the large amount of powerlines everywhere.

I left the hotel at about 5:45 AM, and it was still very dark. Thankfully there were a lot of city lights for the first mile or so which made it pretty easy to find my way. However, once I hit the trail in the park it was pretty dark. At one point, I saw two figures approaching me, and I briefly thought they were two large wolves, which sort of freaked me out for half a second until I realized it was just two joggers using the same trail in the opposite direction. Like I said, it was very dark.

There were big trees everywhere, which is the norm for Washington, but a little unusual for what I'm used to. I could definitely tell I was in another part of the country, as things felt just a little unusual. However, this was a pleasant type of different. It was quite chilly and there was fog everywhere, but it made for a somewhat surreal scene and the coolness just made it more comfortable to run.

I was a little disappointed that I couldn't run on the Seattle waterfront, the Seattle City Center or through the Seattle downtown area, as all of these places looked like they would be amazing places to run, but Federal Way was pretty nice, and towards the end of the run when the sun was finally up high enough to really be able to see well, I turned a corner and was greeted by Mount Rainier (as pictured) and that was a truly spectacular moment. The music I chose to listen to really put me in a peaceful mood, and getting some alone time on the trip was pretty nice, even though Tawni and Brent were wonderful people to vacation with and I had a great time the whole time I was in Washington. (Even the football game was fun, although my Broncos fell just short in Overtime.)

Running while on vacation and seeing new places and things that you would never see if you weren't a runner is one of my favorite parts of travelling. Huge thanks to my Cousin Tawni for making this trip possible for me. It was cool to be included on this adventure in Seattle! 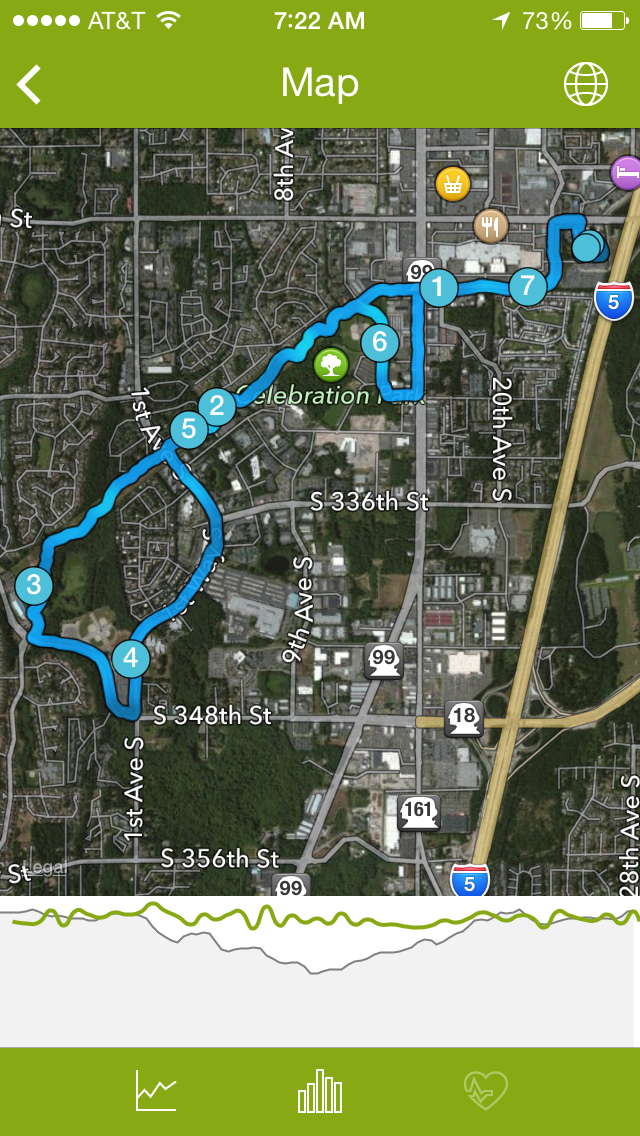