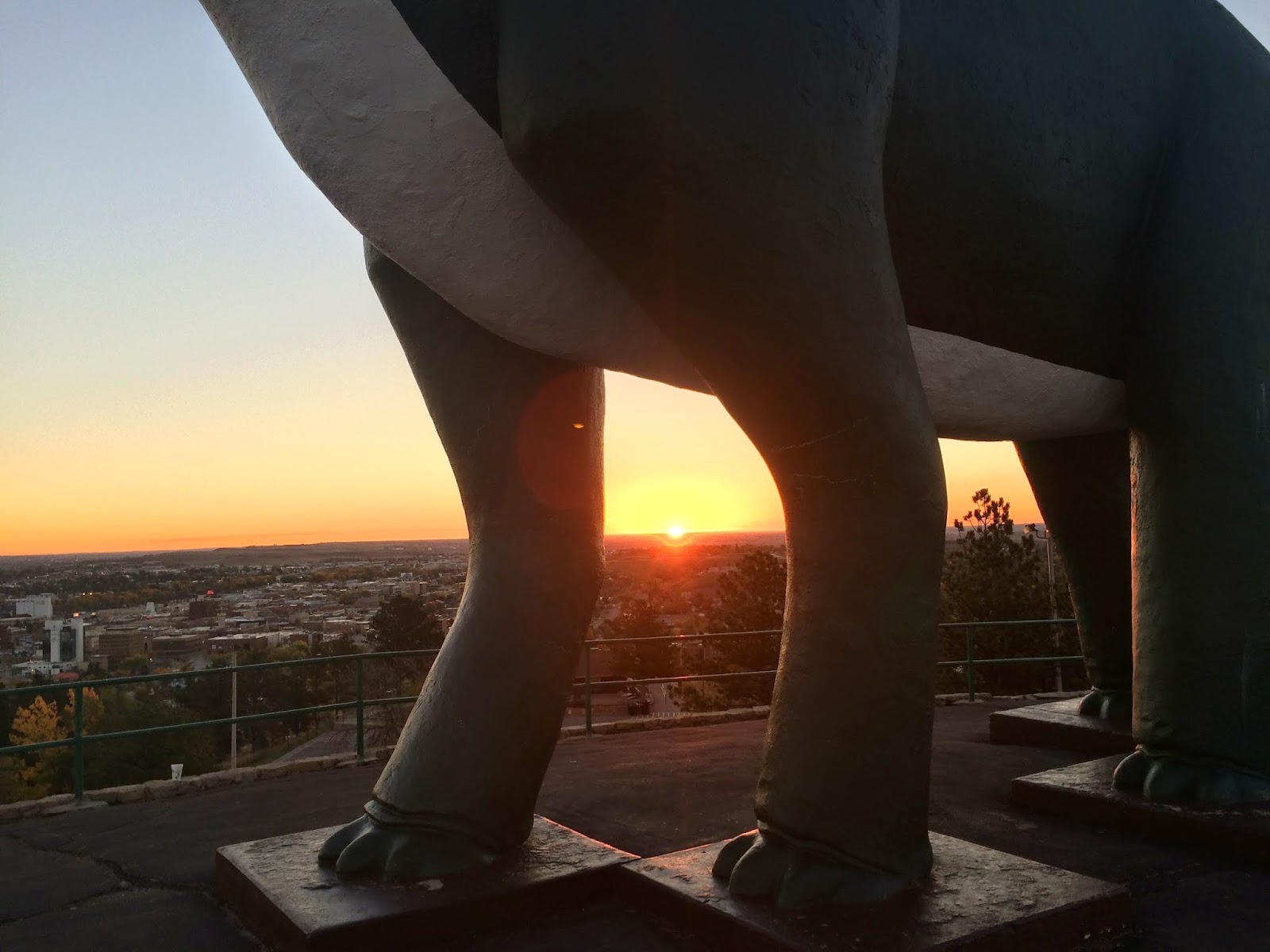 At the top of the highest hill in Rapid City stands Dinosaur Park. Created in 1936, it is a pretty cool attraction featuring five large and rather scientifically incorrect dinosaur statues. What they lack in accurate portrayals of dinosaur anatomy, they make up in coolness of being really old dinosaur statues that kids are allowed to play on. Add to it the fact that these dinosaurs are at the top of a high place that allows you to see the entire metropolis of Rapid City, and I knew that I really wanted to run up this hill and watch the sunrise while sitting on an Apatosaurus.

Running up this short hill made me rather glad that I declined to run up the mountain highway that leads to Rushmore. Turns out running up a steep hill is rather strenuous, and even though I think I could probably have made it up that highway, I would have really stretched the limits of my powers.

I made it to the peak of the hill and sat down on the Apatosaurus that my son had named "Platty" on a visit to this park the previous day. I watched a rather impressive sunrise happen from a beautiful spot, and took a grip of sunrise dino pictures. I decided to make my run a little bit shorter to allow for me to be able to spend time at the Dinosaur Park and also to be able to get back to our hotel at an early enough hour to allow for a leisurely breakfast with plenty of time for a warm shower and still be able to get on the road at a decent hour, as I needed to get back to Denver in time to attend that night's Broncos game versus the 49ers. When I finally headed to bed that night, it was hard to believe that a day that ended with me attending the game where Peyton Manning set the NFL career touchdown passing record had started with this run up to see dinosaurs. It was a long, glorious and weird day. 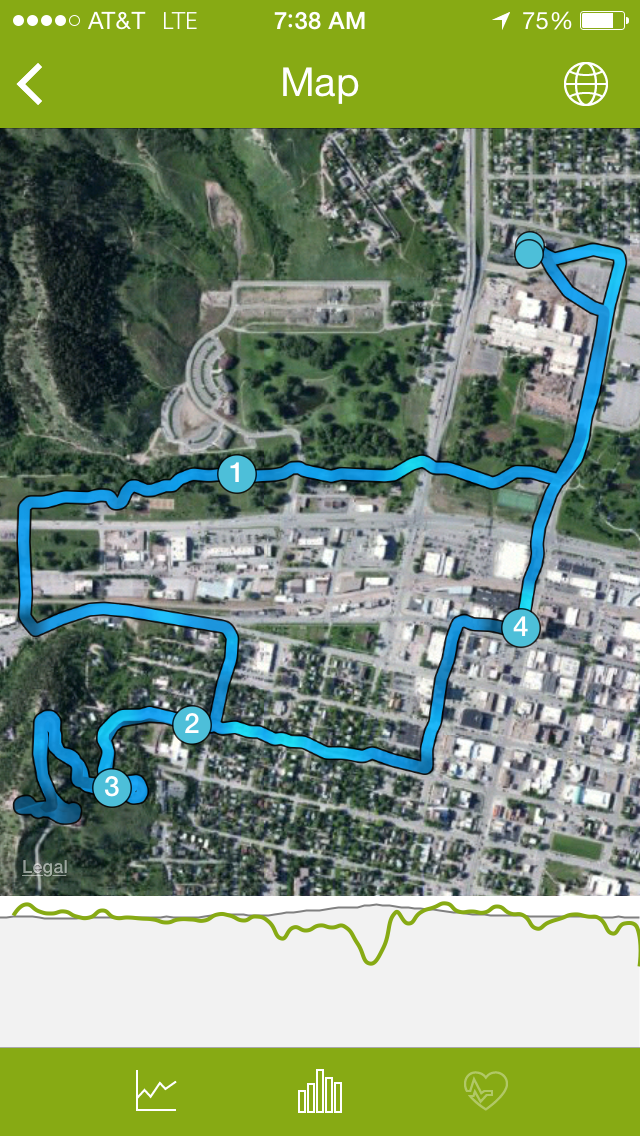