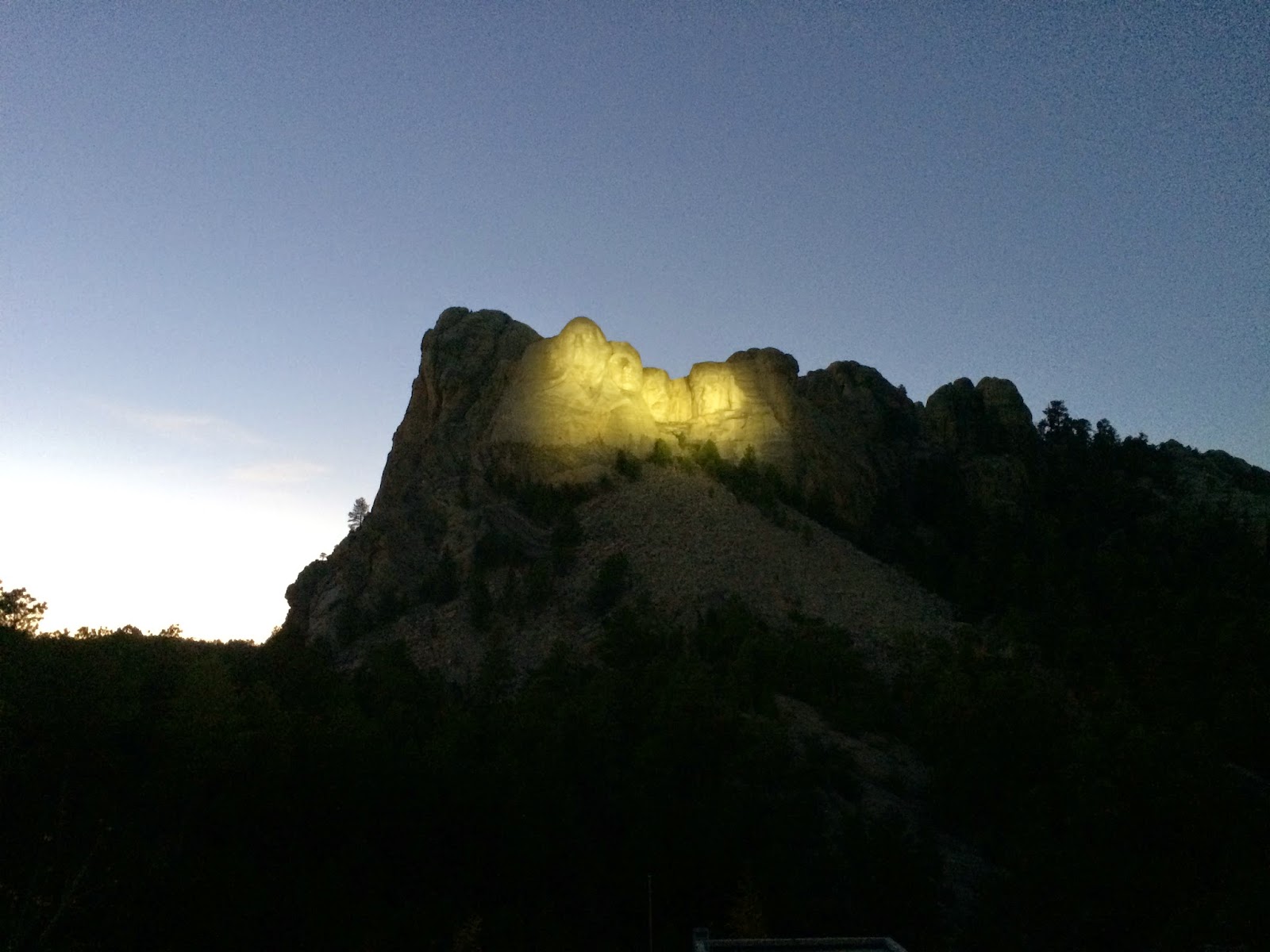 Okay, this post is kind of a cheat. I wanted to post a picture from Rushmore, and I had given some serious thought to getting up super early on Sunday, driving from Rapid City to a few miles outside of Rushmore and then running up the 10% incline hill to get to the mountain so I could post a legit run with a photo of Rushmore. The more I thought about this idea, the dumber it seemed. Especially the part where I ran straight up a giant hill for two and a half miles straight. So the compromise was to run from the parking lot to the main platform at Rushmore on Saturday night. We had planned to visit at dusk so that we could see the monument with the lights on it, so I decided to turn this into an "official" run...even if it wasn't even two tenths of a mile long. I do have to admit that I felt a little silly running through the parking lot and up the path and through the flagged approach to the mountain as tourists gave me odd looks while taking their souvenir photos, but I got a "run" in that allowed me to post a picture of Mount Rushmore, so mission accomplished!

Sadly, the pictures of Rushmore taken at night don't quick look as good, as sunlight definitely puts the presidents in their best light. I also find it a little funny that this is the second time that a post has featured a Mount Rushmore theme. (As Post 106 featured these same four presidents in perhaps a slightly less impressive way.) 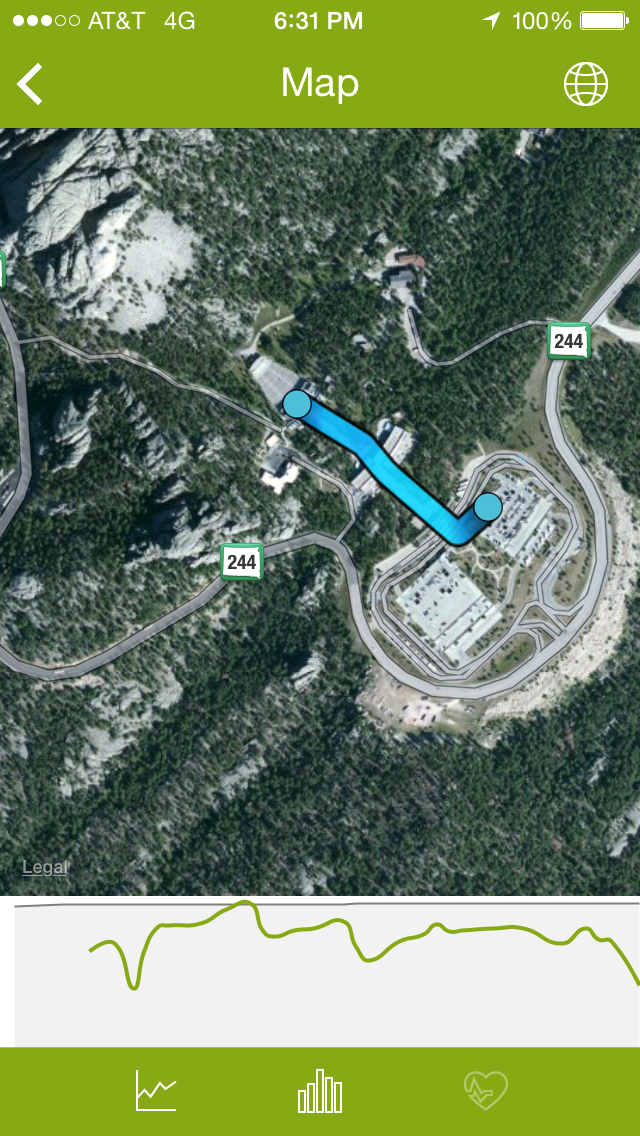