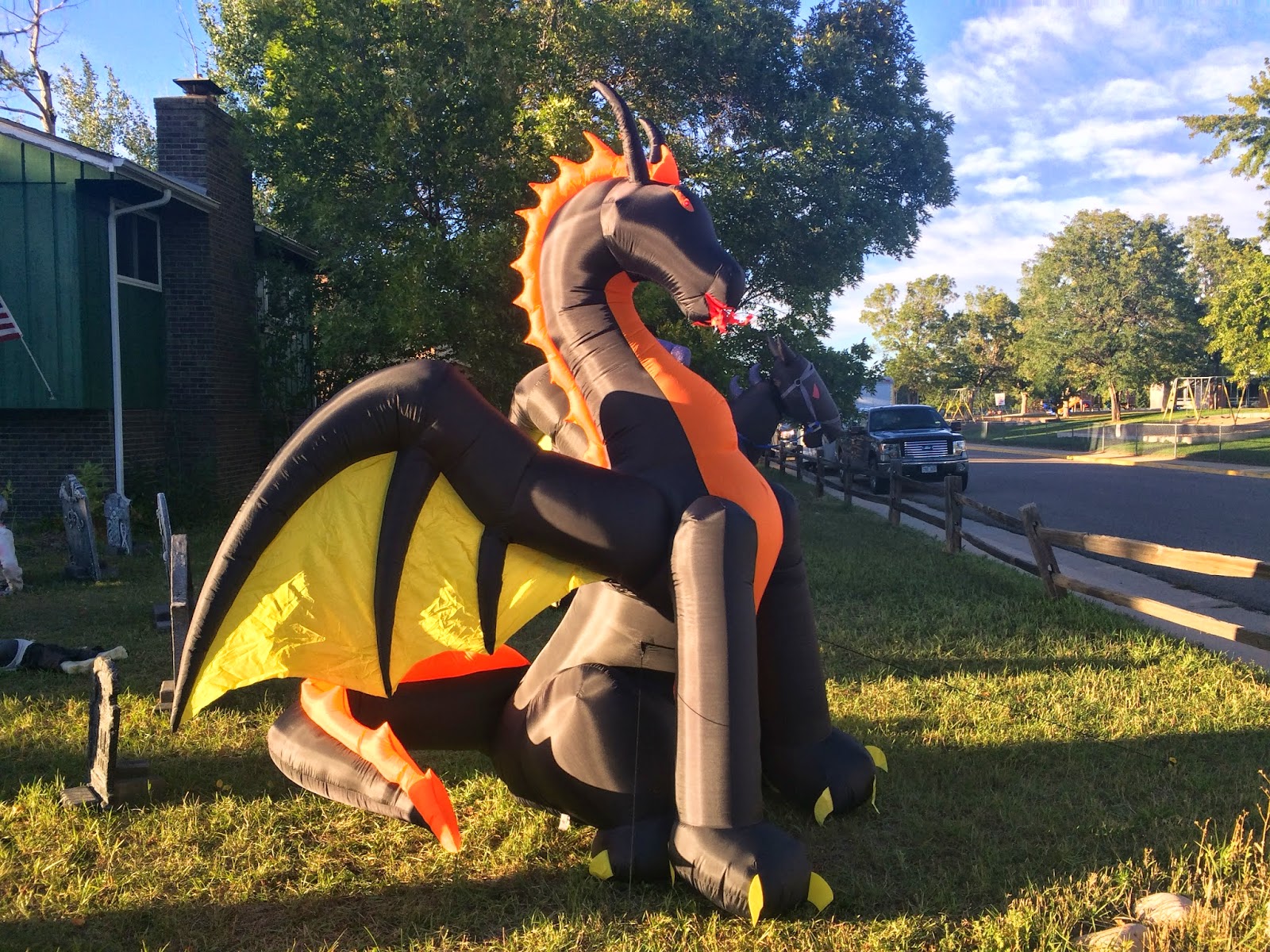 I took a brief break at the end of September to let my body rest, and then there was terrible weather on the first day of October, so by the time I finally got back out there, I had taken five days off. That is quite a long stretch for me, and I was ready to hit the road. This was my first outing with my new Nike running shoes, and I got the new shoe bounce. There are few things more wonderful to a runner than getting a good pair of new shoes. It puts an extra spring in your step and makes you feel like Mario when he just grabbed an invincibility star...you just go and go and turtle shells and goombas fly in every direction as you go, but you never feel a thing other than sheer exhilaration. This song might as well have been playing in my earbuds.

Clearly, October has hit. In the five days since I last ran it's like a whole garden of Halloween has sprung up in every direction. I passed several cemeteries in what used to just be peoples front yards, and of course...this yard that not only had this enormous dragon in it, but also a huge inflatable headless horseman and several other Halloween inflatables and oddities. I don't recall Halloween being a cause for this much decorating until the last handful of years. People are now treating it like it's full scale Christmas decorating at this point. I find it a little weird to be that into Halloween, but to each his own, I guess. 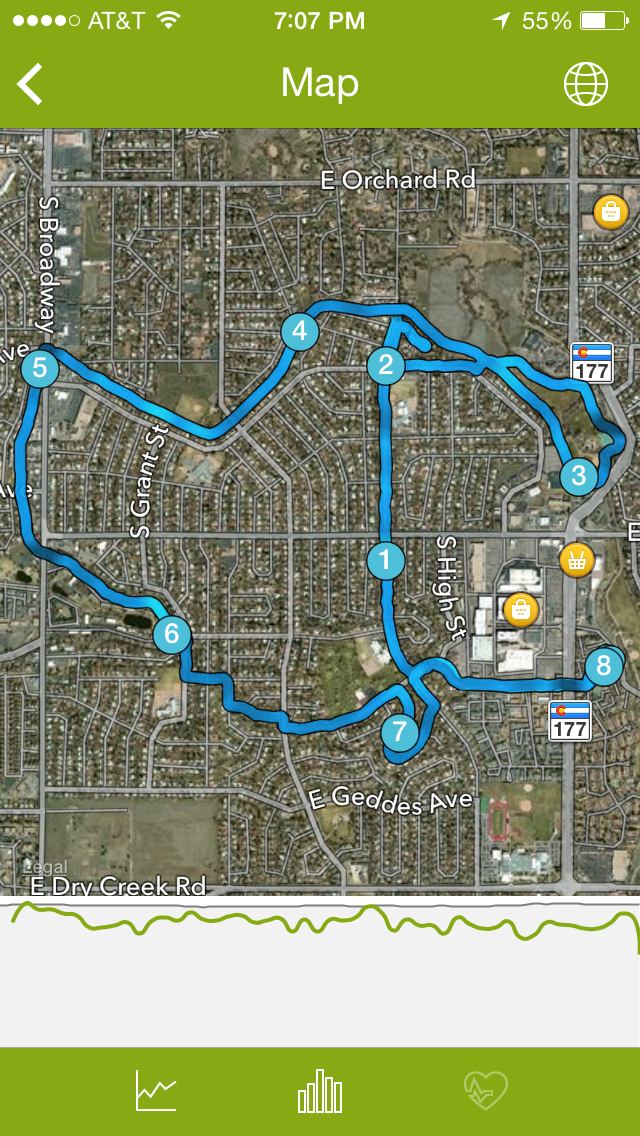